(CORRECTION: House Speaker Pelosi spent some time dividing documents into piles and testing them. The exact moment highlighted in this article occurred 50 minutes into Trump’s speech, not before Trump began his speech. The author regrets the error and has made the necessary changes to reflect the facts.)

House Speaker Nancy Pelosi promptly ripped President Donald Trump’s State of the Union speech after he was done giving it. It was a petty move that did not go as well as she must have hoped it would judging by the response she has gotten thus far. 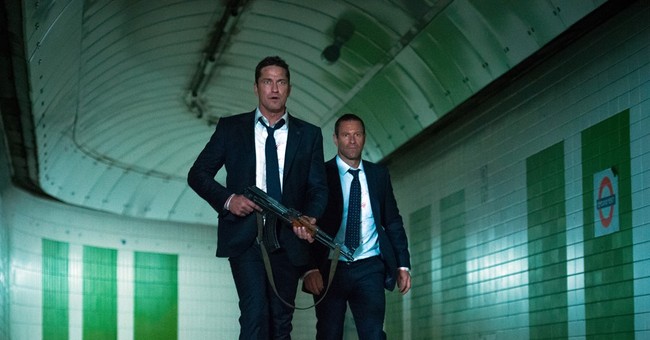 According to The Hill, Pelosi told her caucus in a back door meeting that she didn’t go there to tear the speech up, but did so impulse:

“I didn’t go in there to tear up the speech, and I didn’t even care that he didn’t shake my hand. In fact, who cares?” Pelosi told her caucus, according to sources in the room. “But I’m a speed reader, so … I went like this through the speech. So I knew that it was a pack of lies. I knew it was a pack of lies, but I thought, ‘Well, let’s see how it goes.’

Yet, if you watch Pelosi carefully, you can clearly see her trying to test the toughness of the paper before the speech ended.

An eagle-eyed Reddit user named WTCMolybdenum4753 posted a zoomed in video of Pelosi bringing the speech down before the desk and manipulating it with her hands briefly before setting it back down on top of the desk.

You can see for yourself below.

Here's Pelosi testing to see if she could rip the speech before the speech even started. She was planning to do it from the start. pic.twitter.com/1gEMlYrNB7

Pelosi’s claim to be a “speed reader” holds no weight here. She clearly planned to rip the speech before she even knew what was in it. Now she’s blatantly lying about her intent surrounding it.

As Mike Pence said in a Fox News interview, this is a “new low” for Pelosi who clearly wanted to make the night about herself.

The Tide Turns Toward Trump

'Get out of your basement, Joe': Arizona Gov. Doug Ducey has no time for Joe Biden's shameless COVID19 politicization