Tesla CEO Elon Musk has had a lot of criticisms thrown at him in the past and a lot of it can be considered legitimate. However, the more this man’s story unfolds, the more I can only believe that, at this time, he’s the most important man in America.

It’s an undeniable fact that Musk is currently the man spearheading our next leap into the future. Like Gates and Wozniak/Jobs before him, Musk is pioneering new technologies that will likely change the world forever. This puts him into a position of great importance. He’s always in the spotlight of public consciousness. His business is watched more closely than almost any other. Tesla’s stocks alone are a constant headline in financial news outlets.

But that’s not what makes him the most important man in America right now.

What makes him the most important man in America right now is the fact that a man who has this much of a stake in humanity’s future is currently doing what many people in his CEO position would consider insane, and that’s buck the court of center-left opinion.

CEOs understandably take the path of least resistance. Whatever plays well for them in the headlines is typically the action they will take. Sometimes they believe that what they’re doing is right, but often they’re doing any given thing just because it’s good for business. Sometimes it plays well, sometimes it doesn’t. Gillette’s sudden feminist stance on men and Dick’s Sporting Goods stance on guns are solid examples of it not working out.

My vehement disagreement and a subsequent personal boycott of Dick’s Sporting Goods aside, I can respect a CEO that at least truly believes in his stance, even if it harms his business. It takes guts to stand up to the general public.

This is exactly what Musk is doing now, and how it will affect his business is something of a gamble.

As I wrote Monday, Musk decided that enough was enough and began producing his cars in California’s Alameda County, defying that county’s lockdown orders. Despite having permission from the state of California to do so, Musk explained that an “unelected official” illegally overrode the state’s decision.

Musk asked only that if anyone is arrested, it be him.

“Tesla is restarting production today against Alameda County rules. I will be on the line with everyone else. If anyone is arrested, I ask that it only be me,” tweeted Musk.

Tesla is restarting production today against Alameda County rules. I will be on the line with everyone else. If anyone is arrested, I ask that it only be me.

It was a moment of pure first-world badassery, but the underlying importance was missed.

What Musk did at that moment was a show of necessary defiance. He had been labeling the lockdown orders a breach of our civil liberties and our Constituional rights, and rightfully so. I’ve written ad nauseum about how various elected officials have donned invisible crowns and began issuing edicts that must be obeyed, or else. These lockdown orders exist even in the face of evidence that the virus that we locked down over has a fatality rate far more minuscule than we previously thought. In fact, I wouldn’t be surprised if investigations into the various practices of states to count COVID-19 deaths didn’t happen to see how many people actually did die.

Musk has seen this and not only that, he’s likely seen the actions of Shelley Luther, the Dallas, Texas, business owner who opened her doors in spite of the lockdown. He watched as the state of Texas moved to protect her from the county judge that came down on her.

The iron of defiance was hot to strike.

So Musk put his money where his mouth is and struck. Sure enough, California caved. Especially with Musk’s recent declaration to move to a different state to escape the blue-state tyranny his company is suffering under, California folded and Musk’s production facilities resumed operations.

It’s very Rearden-esque, but what puts Musk into Galt territory is that it’s likely many other business owners who are tired of watching their livelihoods and the livelihoods of their employees go to waste under unnecessary rules that aren’t even being carried out in other states are seeing this and feeling the urge to do the same. They’re ready to follow Musk’s example.

It’s likely Democratic governors know this too. Since Luther and Musk made such high-profile shows of defiance, the governors of Pennsylvania and Colorado have issued direct warnings to small business owners that opening before they’re given the okay will result in heavy punishments according to Reason’s Robby Soave:

Pennsylvania Gov. Tom Wolf, a Democrat, issued a stern warning to small-business owners in his state: Reopen ahead of schedule and suffer the consequences.

“Dine-in restaurants that open in counties that have not been authorized to reopen will risk receiving a citation,” Wolf wrote on Twitter. “These citations can ultimately lead to the loss of a restaurant’s liquor license.”

If local officials turn a blind eye to irresponsible reopening, the state will punish them by withholding stimulus funds.

“I won’t sit back and watch residents who live in counties under Stay at Home orders get sick because local leaders cannot see the risks of #COVID19 and push to reopen prematurely,” wrote Wolf.

Colorado Gov. Jared Polis, also a Democrat, followed through on a similar threat, announcing that the health department would indefinitely close a restaurant that had opened for dine-in service over the weekend.

Will they listen, though? Many business owners seem ready and willing to defy lockdown orders and some local authorities are refusing to come down on anyone who defies said orders. It may be in their best interest to at least try their hand as staying closed may mean the end of their business anyway.

(READ: An Astounding Number of America’s Small Businesses May Close Within the Next Six Months)

Musk, who already had all eyes on him for being the man at the forefront of our technological evolution and a man who vocally defies the people he is supposed to obey (the politicians and the press) defied these authoritarians and as such may have kicked off a trend. Time will tell, but judging by the way the blue-state tyrants are issuing warnings, I expect to see a lot more defiance.

And I hope we do. 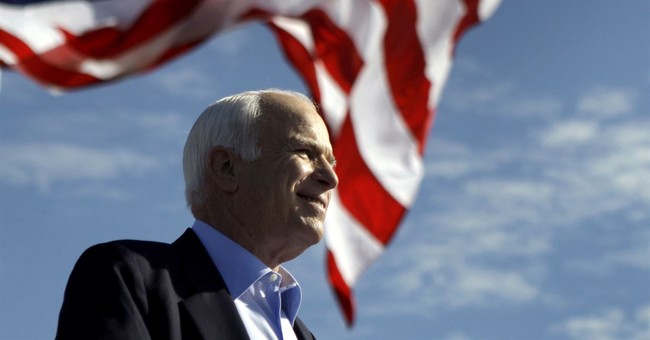 South San Franciscan Carjacker Gets Exactly What He Deserves

Anyone else get the feeling that the media really don't want to cover the most problematic details in Hunter Biden report? [screenshots]