You no doubt remember that President Barack Obama jumped right into Putin’s arms and accepted Putin’s offer to help remove Syria’s chemical weapons after Bashar al-Assad had used those weapons of mass destruction against his own people crossing Obama’s infamous “red line.”

As recently as January 2017, Susan Rice told NPR that “we were able to get the Syrian government to voluntarily and verifiably give up its chemical weapons stockpile.”

Just think about what we’ve done these last eight years without firing a shot. . . . We’ve eliminated Syria’s declared chemical weapons program. . . . These steps have helped keep us safe and helped keep our troops safe. Those are the result of diplomacy.

Just like Obama’s lies that you could keep your plan under Obamacare and Susan Rice’s prevarications that the vicious attack on the U.S. Consulate in Benghazi that killed four Americans, including Ambassador Christopher Stevens, was unplanned and provoked only by an anti-Islam video, Obama and members of his administration have always known that it was not true that Assad gave up all his chemical weapons. Their statements to the contrary were simply false. 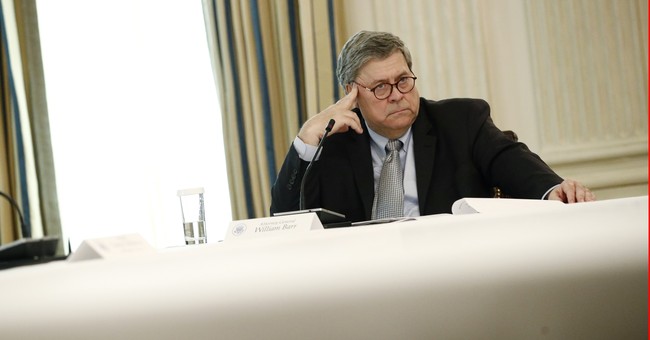 On Wednesday’s edition of NPR’s All Things Considered, Audie Cornish and Mary Louise Kelly discussed the now obviously false, often repeated assertions from President Obama, Susan Rice, and other members of the Obama administration that the 2013 deal Obama made with Russia and Syria had “eliminated Syria’s declared chemical weapons program.” Pay close attention to that word “declared.” Team Obama is using it in a desperate attempt to retain some credibility with nuancing worthy of presidential candidate John “I actually did vote for the $87 billion before I voted against it” Kerry.

During their discussion, Kelly told Cornish that Susan Rice’s deputy, Avril Haines, said they always knew there was a possibility Assad didn’t declare everything he had, that he had kept some stuff hidden:

CORNISH: So help us understand this. You have top U.S. officials stating that Syria gave up its chemical weapons, and then you have the fact that dozens of people were just killed in a chemical weapons attack.

KELLY: Right, so how do you square this with the fact that clearly there are chemical weapons in Syria? I either spoke with or swapped messages with three senior Obama administration officials today. What I heard was a lot of careful parsing of words that what Susan Rice and other Obama administration officials were talking about was Syria’s declared weapons. So what we’re talking about here is a reference to the deal that was cut back in 2013. Syrian President Bashar al-Assad admitted he had 1,300 tons of mustard gas, of sarin, of VX. He agreed to give it up.

But Susan Rice’s deputy, Avril Haines, who I was swapping emails with today, said, look; they always knew there was a possibility he didn’t declare everything he had, that he had kept some stuff hidden. Haines said, we knew that there were gaps and inconsistencies in what the U.S. knew [emphasis added].

Asked if this was an intelligence failure, Kelly claims it wasn’t:

KELLY: U.S. intelligence officials say, no, this was not an intelligence failure. A spokesman for the director of national intelligence, Timothy Barrett, told me today – and I’ll quote him – “the U.S. intelligence community never categorically declared that Assad handed everything over.” So again this point – maybe he didn’t hand it all over.

Tim Barrett pointed me towards something that the former national intelligence director, Jim Clapper, told Congress. Clapper testified last year Syria hasn’t declared everything about its chemical weapons program. But you will note neither Clapper nor any other senior U.S. official has been out sounding the alarm that Syria had stockpiles of sarin as it now appears that they had. . . .  it does appear there are big gaps in what the U.S. knew. . . .  we don’t know what other sites there may be, nor do we know where the weapons that were used last week came from. It is possible, yes, that Assad had some he hid and held onto and didn’t declare. It is possible he gave them all up and then restarted a weapons program in the last few years. It is possible, Avril Haines – again, the former deputy national security adviser – told me today, maybe these came from a third party. Bottom line is we do not know.

At the Weekly Standard, Jeryl Bier reveals that an April 2016 report, titled “Compliance With the Convention on the Prohibition of the Development, Production, Stockpiling and Use of Chemical Weapons and on Their Destruction Condition 10(C) Report,” is devastating to the Obama administration’s case. Bier quotes the report as stating:

The United States cannot certify that the Syrian Arab Republic is in compliance with its obligations under the CWC. The United States assesses that Syria has used chlorine as a chemical weapon systematically and repeatedly against the Syrian people every year since acceding to the Convention, and therefore is in violation of its obligations under Article I of the CWC. In addition, the United States assesses that Syria did not declare all the elements of its chemical weapons program, required by Article III of the CWC and that Syria may retain chemical weapons as defined by the CWC. The process for verifying the accuracy and completeness of the Syrian declaration and the resolution of these matters are ongoing.

In addition to assessed CW use and maintenance of a residual CW capability, Syria failed to meet most of its milestone destruction dates. … In spite of compelling evidence, which included CW barrel bombs being dropped from helicopters, a capability possessed only by Syria, Syria continued to deny regime use of CW. . .

In an attempt to preserve the Obama administration’s credibility on its claims regarding Syria’s surrender of its chemical weapons, some former administration officials are now acknowledging they “knew” Syria was not completely honest in the 2013 deal. Former deputy secretary of state Antony Blinken told the New York Times, “We always knew we had not gotten everything, that the Syrians had not been fully forthcoming in their declaration.”

The tricky nuanced use of declared and declaration should not be allowed to cover up these Obama lies.