Here’s the title and lede

Trump Should Be Removed from Office
It’s time to say what we said 20 years ago when a president’s character was revealed for what it was.

I would remind Mr Galli that our Lord God, his Son and our Saviour, both used flawed men to acomplish their ends. President Trump appears to be a flawed man doing the Lord’s work. To that point, Galli acknowledges Trump’s successes in court appointments, the economy and support for religious freedom. Mr Galli also points out that President Trump was not given any semblance of a fair shake in the House of Representatives.

Let’s grant this to the president: The Democrats have had it out for him from day one, and therefore nearly everything they do is under a cloud of partisan suspicion. This has led many to suspect not only motives but facts in these recent impeachment hearings. And, no, Mr. Trump did not have a serious opportunity to offer his side of the story in the House hearings on impeachment.

He then goes completely off the rails saying,

But the facts in this instance are unambiguous: The president of the United States attempted to use his political power to coerce a foreign leader to harass and discredit one of the president’s political opponents. That is not only a violation of the Constitution; more importantly, it is profoundly immoral.

Read the entire article: Trump Should Be Removed from Office

How can the facts be “unambiguous” when not all the facts are present and witnesses who could clear the President were prohibited by the Democrats from testifying? Unambiguous? Not one witness who testified, was able to state that he/she personally saw/heard the president do anything illegal. Not. One. Witness.

This is really the hill Mr Galli chooses to die on? Does he really believe he garners any morality points by advocating the removal of a President who is more supportive of the Christian and Jewish communities than any of his likely successors would be in 2020? I won’t get into the theological aspect of this as my good friend and colleague Streiff has already covered this well.

Read: Despite What ‘Christianity Today’ Says I Really Doubt Christian Witness or the Gospels Will Be Damaged If President Trump Is Not Removed From Office

However, none other than Franklin Graham, son of Billy Graham, the well known evangelist and founder of “Christianity Today,” slammed the publication saying,

“Christianity Today released an editorial stating that President Trump should be removed from office, and they invoked my father’s name (I suppose to try to bring legitimacy to their statements), so I feel it is important for me to respond,” Graham wrote. “Yes, my father Billy Graham founded Christianity Today; but no, he would not agree with their opinion piece. In fact, he would be very disappointed.”

Here is the link to it

Graham goes on to list President Trump’s accomplishments, pointing emphasizing his stalwart support for Christians against the leftist onslaught against them. Evidently Reverend Graham understands priorities and Mr Galli does not. Galli’s article is just one more in a long list of examples of Christianity being hijacked by the left.

I truly get tired of this moral preening, especially by folks who are allegedly on my team. What does Mr Galli think will happen if President Trump is removed by the Senate or the voters in 2020? I’ll tell him. President Trump will be replaced by one of the 20 or so crazies vying for the Democrat nomination. Each and every one of those psychopaths supports the murder of children in the womb, up until the moment of birth—some even past that point. Think about that.

Each and every one of them supports the acceptance of disordered people in the Military. They also agree with the government persecution of Christians exercising their beliefs as they run their businesses.

Next to those and other policies exposed by these leftists, even if President Trump did indeed jack up his fellow head of state over Biden corruption, that “sin” is nowhere as venal as the sins proposed as policy by every damned one of his potential replacements. Mr Galli should be able to figure that one out based on President Trump’s support for Christians alone. 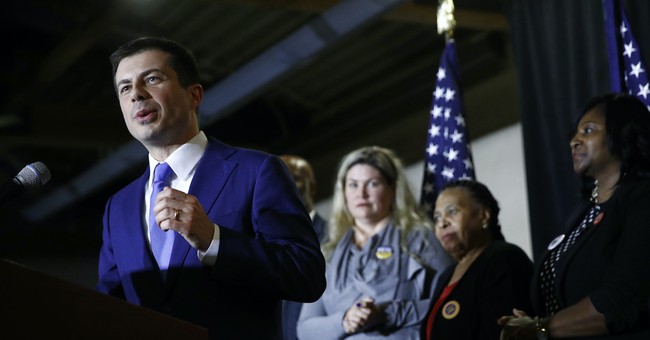 The case for closing the Pentagon – HotAir