Angela Merkel: ‘In This Day, States Must Be Ready To Give Up Sovereignty’

Merkel spoke at an event last week in Berlin entitled “Parliamentarianism Between Globalisation and National Sovereignty.” She began by telling the crowd, “In this day, nation states must today – should today, I say – be ready to give up sovereignty. But of course in an orderly procedure.” What is she saying?

Merkel appears to be embracing the idea of a global government. She certainly has not been shy about her opposition to Brexit.

The Express’ Tom Nellist believes that Merkel is suggesting “countries should be willing to give up control over their own affairs and let organisations such as the European Union have more power in a veiled swipe at Brexit, as the German Chancellor threatens to derail Britain’s exit from the bloc.”

The Express reports the highlights of her remarks:

Merkel argued that countries should be prepared to make concessions in an “orderly procedure”.

She said parliaments should make the decision to sign such contracts.

“Ceding power to a superstate is a better form of patriotism.”

Mrs Merkel said that countries who think “they can solve everything on their own” are simply nationalistic and not patriotic because they “only think about themselves.”

She said: “Either you are one of those who believe they can solve everything on their own and only have to think about themselves. That is nationalism in its purest form.”

“This is not patriotism. Because patriotism is if you include others in the German interest and accept win-win situations.”

Is this woman a communist? How can ceding power to a superstate be considered patriotic?

Once “hailed as the world’s most powerful woman and Europe’s de facto leader,” her image has been tarnished by her 2015 decision to open Germany’s doors to more than one million migrants. As the consequences of this move have escalated, her stature has diminished.

In October, Merkel announced she would step down as chairperson of the Christian Democratic Union party in December and that she would not seek reelection as Chancellor in 2021. She has been in office since 2005.

Merkel will leave behind a mixed legacy. Jon Henley, foreign affairs correspondent for The Guardian, wrote an oped entitled “Angela Merkel’s legacy: has she saved or destroyed Europe?” He wrote:

The German leader retires with a reputation both for calm reliability and lack of vision. Angela Merkel’s approach to a problem, wrote one of her biographers, is “to sit it out”. Rather than entertain grand ideas of a “historic mission” or “strategic vision”, she aims to “solve today’s problems, in a way that ensures she stays in power.”

For her defenders, the chancellor is a calm, unflappable, non-ideological consensus builder who brought stability to her country and the EU in a string of major crises.

Her critics say that on major policy questions she is indecisive, unknowable and panders to public opinion. They describe her as a tactician but not a strategist, with no real vision; unwilling and unable to challenge old German orthodoxies or change the political weather.

Perhaps most damningly, they suggest that her analytical, rational, non-partisan and ultimately technocratic style of leadership may, in the end, have actually precipitated the collapse of Europe’s political centre and helped pave the way for the populists.

All of that aside, she will be most remembered for allowing huge numbers of asylum seekers into Germany and for her New World Order ideology. The results of the country’s migrant invasion speak for themselves. And I don’t expect many nations are willing to surrender their sovereignty to a global government.

Currently, a German president can serve no more than two consecutive five-year terms. There are no set term limits for a German chancellor, however, they must maintain the support of the Bundestag which has a term of four years. Merkel is now serving her fourth term.

Foreign Matters Podcast: George and I Rant about COVID-19 Politics Exclusive: Portland Cops Are Getting the Hell Out of Antifastan and Retiring in Record Numbers 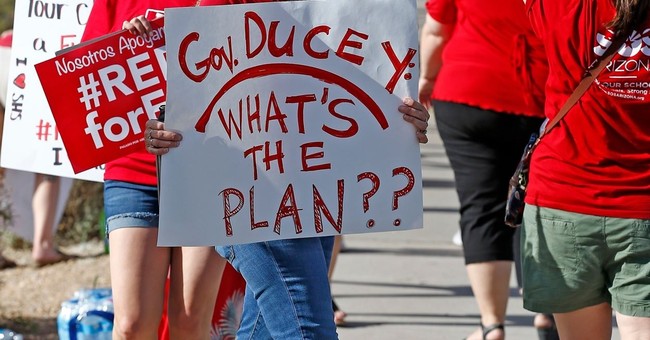