The Back Story on Michael Flynn: How Obama Officials Set Him Up

It should come as no surprise to anyone that Obama officials played a major role in the events leading up to Michael Flynn’s guilty plea on December 1, 2018 for lying to the FBI.

A couple of days ago, I posted that Robert Mueller’s sentencing memo and addendum for Flynn’s case had been filed with the US District Court in Washington. As mentioned, during the transition period, Flynn had held several conversations with then-Russian ambassador Sergey Kislyak during which the two had discussed Obama’s sanctions. As Flynn had already been tapped to become Trump’s National Security Advisor, it was perfectly legal for Flynn and Kislyak to talk to each other and it was also legal for them to discuss the sanctions. (He had been fired by Trump for lying to Vice President Mike Pence about those conversations.)

I also mentioned that Kislyak was under US surveillance and Obama intelligence officials had access to recordings and transcriptions of his calls. Upon hearing the calls, several of Obama’s DOJ officials, believed Flynn was in violation of the Logan Act, a law enacted in 1799, “under which no one has ever been prosecuted, that prohibits private citizens from acting on behalf of the United States in disputes with foreign governments.” The Washington Examiner’s Byron York explains:

The Obama officials also said they were concerned by reports that Flynn, in a conversation with Vice President Mike Pence, had denied discussing sanctions. This, the officials felt, might somehow expose Flynn to Russian blackmail.

So Obama appointees atop the Justice Department sent FBI agents to the White House to interview Flynn, who was ultimately charged with lying in that interview.

A PJ Media article by Debra Heine and a Dan Bongino podcast shed light on Flynn’s history with the Obama administration which explains why they found it necessary to take action against him. As you can probably guess, their expressed concern that Flynn might become the target of a Russian blackmail scheme was a smokescreen.

Flynn had served as Obama’s Director of the Defense Intelligence Agency (DIA) from July 2012 to August 2014 when he was “forced out.” 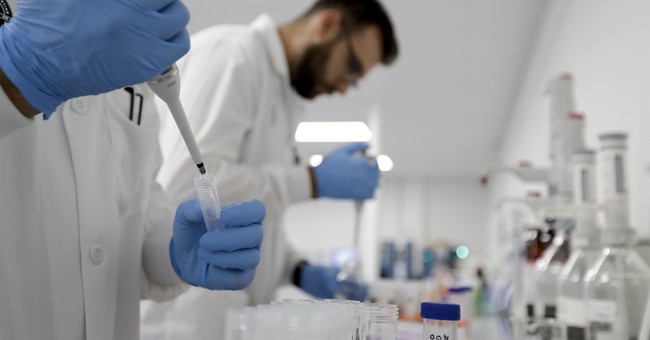 Heine explains that throughout his tenure, Flynn “clashed mightily with the Obama administration’s policies on ISIS and the Iran nuclear deal, among other things, which put him at odds with the Obama-friendly deep state.” Following his ouster, Flynn’s public remarks deepened the rift. “For instance, in November 2015 during an appearance on Fox News, Flynn called for an investigation into the ISIS intel-skewing scandal, recommending that it “start right at the top.”

Obama already despised Flynn. But his hate likely turned to fear when his former DIA decided to throw his support behind Donald J. Trump, another boat-rocker who had a real chance of winning. Obama made a point after the 2016 election of advising Trump not to hire Flynn. But Trump didn’t listen.

Next thing Flynn knew, government spies were listening in on his innocuous phone conversations with Kislyak, his name was unmasked by someone in the Obama administration, and the contents of the call were leaked to the Washington Post (which remains the only serious crime to have emerged in the Russia investigation).

Dan Bongino explains the sequence of events on his podcast:

Note: This is a summary of Bongino’s remarks. His podcasts don’t lend themselves to direct quotes.

Bongino discusses Flynn’s opposition to the Iran Deal, that he had information on how dangerous the deal was for the US. Because of this and Flynn’s knowledge of other administration business, “they need to make Flynn go away. He knows too much. He’s got the goods. Obama officials watch Flynn supporting Trump on the campaign trail.” They’re afraid of what he might reveal. Obama spoke to Trump to try to discourage him from hiring Flynn. Trump hires him anyway.

On December 29, 2016, two important incidents occurred. Mike Flynn was vacationing in the Dominican Republic where he did not have secure communications. The Obama team knew this. “Obama needs to do something to “piss off the Russians, but not start WWIII” hoping that they will contact Flynn and they do. Obama orders sanctions against Russia and expels 35 diplomats in retaliation for their interference in our election. Why would he do this nearly two months after the election?

As the Obama team hoped, Russian ambassador Sergey Kislyak calls Flynn in the Dominican Republic. They discussed the events of the day including the sanctions.

And the Obama team now has a transcript and a recording of the call. They use this later when agents interview Flynn. They know that Flynn will not remember all the details of the call and they will use this in the future to set him up for a “false statement” charge.

On January 12, 2017, an Obama official leaked Flynn’s name and details of his December 29, 2016 call with Kislyak to David Ignatius at the Washington Post who then published a story about it. The identity of the leaker is unknown. Whoever leaked it has committed a felony.

On January 24, 2017, two FBI agents arrive unannounced at the White House to question Flynn, omitting the fact that they were conducting a criminal interview,

Both agents have said they believed Flynn had been truthful in answering their questions.

Yet, Flynn is later charged with lying to the FBI.

Bongino’s theory sounds plausible to me. This pales in comparison to the conspiracy perpetrated against Trump. Flynn is scheduled to be sentenced on December 18th and following that, the records of his case may become public. What the Mueller Prosecutors Deleted From Their Phones -- Just a Theory 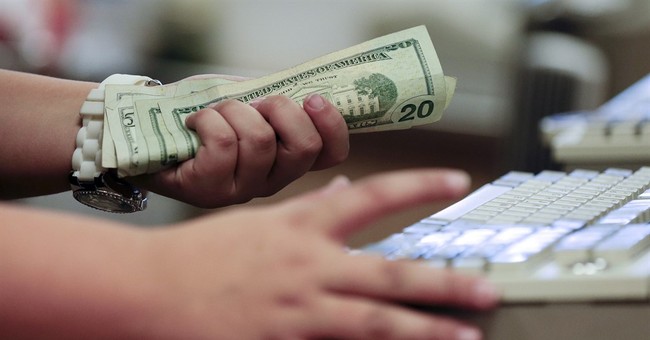 Rebuilding With Bricks And Mortar

Poll: How Trump, governors, and the CDC stack up on COVID-19