Within hours of its release, Gillette’s new commercial, “We Believe: The Best A Man Can Be,” had resonated around the world. When people everywhere form an immediate opinion about an ad selling razor blades, you know it’s struck a nerve.

And it was certainly a departure from the company’s prior campaign, “The Best A Man Can Get,” which celebrated masculinity and achievement.

Although the SJWs of the world praised Gillette’s stand against “toxic masculinity,” most reactions were largely negative. Most who panned the ad felt the company had “overreached” and considered it an obvious attempt at virtue signaling.

One of the most “passionate” voices among them was British journalist Piers Morgan, who railed against the ad on his television program “Good Morning Britain.”

Morgan’s rant can be viewed in the video above.

In the 35 years since I became a man, oh, apologies, I didn’t mean to use the “M” word. I’m so sorry to everyone who’s offended by my use of the “M” word…When I turned 18, I started buying Gillette razor blades…”The Best A Man Can Get” has been their strapline pretty much since I began…Gillette stood for positivity, being a man who took care of his kids, who took care of his wife or girlfriend, whoever, hugged his father, held his son, he liked to win things, he liked to strive to be successful, to work hard, to achieve things, to be stoic, to be tough, all those things. But apparently, it turns out all that was evil, evil.

So, now Gillette says everything we told you to be, men, for the last 30 years was evil… Now, you’re all toxic because your masculinity, by the way, the same toxic masculinity that Gillette has told us to be for 30 years, making tons of money with the most expensive razor blades in the world. Now we have this from Gillette.

It’s utter guff. The implication from that commercial now is that basically, most men are pretty awful people. We’re toxic, we’re overly masculine. The implication being most men are horrible little bullies, sexual harassers, abusers, etc. and we all have to be saved from ourselves. We’re all dreadful people, terrible toxic people.

I feel under threat…(female co-host laughs) You think it’s funny. But if we did this to women, if I did a commercial tomorrow that basically just showed the worst of women, all hell would break loose…By the way, women aren’t perfect.

(Banters back and forth with co-host in a friendly, but serious way.) Morgan tells the audience his female colleague “fat shamed” him the previous day.

Nobody did anything but laugh, right? You said to me, you ought to lose weight…Had I done that to you, and said “Susanna, you’ve chunked up, and you need to lose weight, I would have been the front page of at least three newspapers, I probably would have been fired. And that’s the difference, the double standard…Women are practically perfect and men are evil. And masculine men have to be driven out of society, because being masculine is evil, evil. I think it’s repulsive, this ad.

Shut up Gillette, because you’ve spent the last 30 years making us feel masculine, now you want us all to feel sorry and apologetic, right? No, sorry, no, I’m not going to. I’m going to buy other razor blades.

Morgan is not wrong.  Most men don’t act the way they are portrayed in this ad. By exaggerating stereotypical “male behavior,” Gillette has offended the very people who buy their razors. The company has smeared 50% of humanity in two minutes.

Has the #MeToo movement gone too far?

Most definitely. When it began, the movement had a strong message and it was heartening to see the Harvey Weinsteins of the world held accountable for their offensive, and sometimes abominable, behavior. However, as it often does with most social movements, the pendulum has swung too far in one direction and has remained stuck there.

Women aren’t perfect either. Not every woman should be believed. Many women have begun accusing men of rape because they can. The Daily Wire published a story about a female college student at a New York University who falsely accused a young man of rape. Fortunately, text messages between the two proved the sex was consensual. But what if this young man did not have these text messages to prove his innocence? His life would have been turned upside down because a woman must always be believed. As a mother of two sons, I find this new weapon of revenge to be very, very frightening.

Will men soon have to require a woman to sign a consent agreement prior to sex?

The #MeToo movement is a microcosm of a dangerous trend that is sweeping the country, causing a level of hatred and division between Americans that rivals the 1850s. Identity politics, uncontrolled, will eventually destroy America as we know it.

If you support a border wall, you’re a racist. Of course, it goes without saying that anyone who supports President Trump is a racist. CNN’s Kirsten Powers recently said that all women who voted for Trump are racist. The next day, she corrected herself and said that all men who voted for Trump were too. Everyone from Snoop Dog to Hillary Clinton feels it okay to call us racists.

Actually, I find the ease with which people throw around the label of “racist” to be racist. The overuse of the term has caused it to lose it’s power.

An exchange between CNN legal analyst Areva Martin and SiriusXM radio host David Webb went viral after Martin, who did not know Webb is black, called him out for his ‘white privilege.’ Such accusations have become a default position for many blacks.

I applaud Piers Morgan for standing up to political correctness. What began as a positive movement has turned life into a potential minefield for men. One misstep and their lives can be destroyed. And Gillette’s ad only reinforces this truth.

We need to relax the stringent standards by which we judge each other and tone down the divisive rhetoric before America self-destructs. 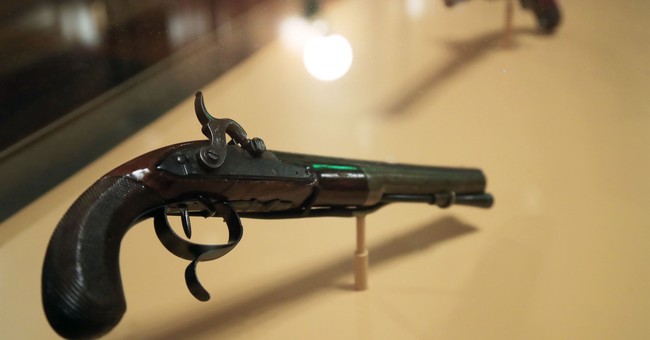