Nadler Has ‘Squeezed The Last Drop Out Of The Impeachment Lemon’ Yet He Persists, Mark Levin Weighs In (As Only He Can)

It’s impossible to argue that former special counsel Robert Mueller’s testimony before Congress last week was not a turning point in the Democrats’ endless fight to impeach President Trump. What they believed to be their ace in the hole turned out to be their worst nightmare.

Their hero turned out to be a frail old man who had only cursory knowledge of the investigation which bore his name. He asked for many questions to be repeated and declared the most relevant topics to be off-limits before questioning even began. The formidable Robert S. Mueller III who for two years held the future of Trump’s presidency in his hands, was unmasked before the eyes of stunned lawmakers and the American people.

Following Wednesday’s debacle, many Democrats have admitted that the case which began as an FBI counter-intelligence investigation in July 2016 against President Trump is over. Even rabid anti-Trumper Rep. Adam Schiff (D-CA) threw in the towel this week. But, there are some who continue to fight, one of whom is House Judiciary Committee chairman Rep. Jerry Nadler (D-NY).

Levin was fired up, as he often is, and said Nadler was “drunk on power,” and called him a “coward,” a “pompous ass” and a “miscreant.” Here’s what Levin told his listeners.

We need to take on these bastards. We need to take them on politically. We need to engage them on a constitutional basis, on a factual basis, on every basis whatsoever. They have declared war today. Mr. Nadler has declared war on the American people. Mr. Nadler has declared war on the office of the presidency and the president of the United States. Mr. Nadler is hellbent on reversing the election results of 2016 and disenfranchising nearly 63 million of you. Mr. Nadler is a throwback. He’s a reprobate from one congressional district out of 435 congressional districts – a dark blue district filled with reds.”

He doesn’t get to run this country. I’ve had enough of this guy. I’ve had enough of his efforts to cripple this president and his agenda. And make no mistake about it, that’s what this is about. They want their third term for Obama. They’ve never accepted this election. They don’t accept a peaceful transition of power.

He called for the American people to fight back against Nadler and his sycophants.

Nadler has “squeezed the last drop out of the impeachment lemon,” yet he persists.

As the committee’s chairman, he was the first to question Mueller. He tried and succeeded in getting Mueller to say that, if it hadn’t been for the DOJ’s Office of Legal Counsel guidelines which advise against charging a sitting president with a crime, they would have recommended obstruction of justice charges for President Trump.

All along Mueller and his team have tried to use this excuse. During a March phone call with William Barr, Mueller was asked three times (and there were DOJ officials in the room who witnessed the conversation), if the reason his team did not recommend charges against Trump was because of OLC guidelines. And Mueller stated three times that it was not the reason.

During his nine minute sneak attack on May 29, Mueller tried again to resurrect the excuse. He even introduced a new standard telling reporters that they could not “exonerate” the President. He was forced to walk back that comment in a joint statement with the DOJ hours later.

Exoneration or the inability to exonerate are not legal standards in the United States. A defendant is found to be either “guilty” or “not guilty.” If there is insufficient evidence to charge a suspect, the case is closed. Mueller knows that.

Mueller tried to turn an inability to exonerate—a standard that he admitted has never been asked or expected of any kind of American prosecutor—into something the Democratic congressional allies of his investigative team could use to continue their malicious and illegal harassment of the president.

Unfortunately for Nadler, someone set Mueller straight over the lunch break and before taking questions in the afternoon session, he announced that he needed to make a correction. He told lawmakers that they didn’t recommend charges against the President because they had insufficient evidence.

Nadler’s heart must have sunk.

But that didn’t stop him from continuing to repeat the narrative.

He [Mueller] told us in a remarkable exchange with Mr. Lieu that, but for the Department of Justice policy prohibiting [him] from doing so, he would have indicted President Trump. Indeed it is clear that any other citizen of this country who has behaved as this president has would have been charged with multiple crimes.

Radio host Buck Sexton appeared on Tucker Carlson’s show on Friday night and the two were discussing the role of the media throughout the last few years. He suggested that “some commentators may have gone too far to retract their claims.”

He added, “I don’t think that the hosts on these networks could say, ‘Maybe we got this mostly, if not entirely, wrong all along, so they have to double down.'”

It may be the same way for Nadler. He just can’t help himself. 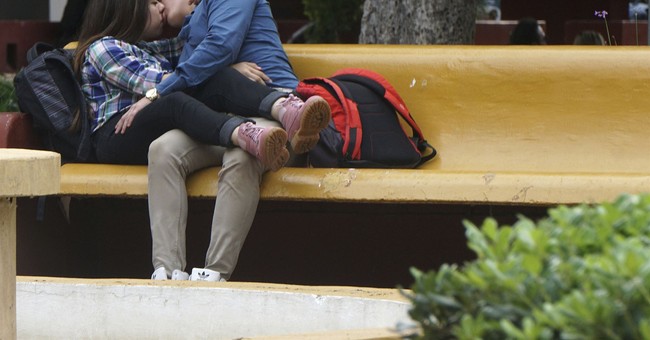