Trump’s ‘Remain In Mexico’ Policy Appears To Be Working

Launched in January in California, the initiative has since spread across the border all the way to deep South Texas. Activists have sued to stop it, but MPP has survived so far as those legal challenges work their way through the courts.

The controversial “remain in Mexico” plan is becoming one of the Trump administration’s most successful strategies in keeping migrants from gaining entry into the U.S. Just ask the migrants who got released into cartel weary Nuevo Laredo this week. Many are headed home.

Root shares the stories of migrants who have paid thousands of dollars to smugglers to reach the U.S., only to receive an asylum hearing date, a “notice to appear statement,” which can be as long as three months away and then be marched back over the border into Nuevo Laredo, Mexico. 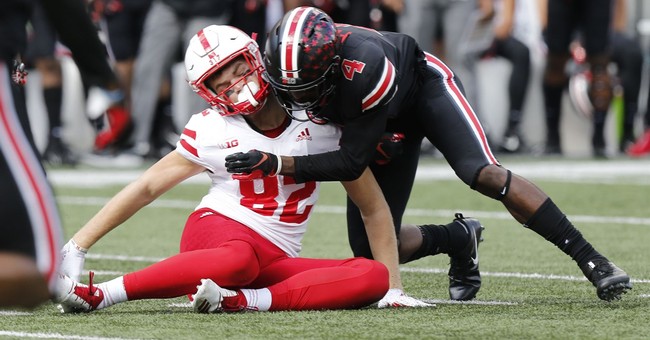 Nuevo Laredo is a dangerous place, where the crime rate and the possibility of being kidnapped are both high. “Kidnapping is not an idle concern here. The Mexican state of Tamaulipas, which stretches from Nuevo Laredo to Brownsville, is the birthplace of the Gulf Cartel and its violent offspring, the Zetas, a faction of which rules Nuevo Laredo.”

Many migrants, given the choice between remaining in Nuevo Laredo or returning home, choose the latter.

Root shares the story of Olvin Alexander Buezo who gave $6,000 to a smuggler to he and his seven-year-old son cross the border. They had recently entered the U.S.  They were issued a court date, then marched back over the International Bridge into Mexico. Buezo told Root that, “his seven-year-old son would not be attending elementary school this fall in Foley, Alabama. There would be no good-paying U.S. job to finance the $6,000 debt he incurred to pay their smuggler.”

After abandoning his asylum claim, Buezo told him: “I already told [my uncle] to sell everything. Their small “farm” — less than three acres — would have to go…There’s no other way. The important thing is to get back home alive in Honduras.”

Root reported that Buezo’s experience was far from unique. He said that earlier in the week at a “Mexican migrant processing facility in Nuevo Laredo, dozens of Central Americans were asked by The Texas Tribune to raise their hands if they wanted to return to their countries of origin. Nearly all of them did.”

After being marched back across the bridge into Nuevo Laredo, they were given two options by Mexican government. They could remain “on their own” in the lawless town or they could board a bus which would take them to Monterrey, Mexico. Many migrants chose the latter.

And they aren’t planning to return. They are choosing to return to their homes “to avoid becoming sitting ducks for the local drug cartels or winding up deeper in debt for an ever-decreasing chance of gaining entry to the United States.”

Root spoke to Cristian Urquiza, age 31, who told him, “We’re all traumatized.” Urquiza had paid $7,000 to a smuggler. He told Root he had asked authorities to deport him back to Honduras, but this request had been refused. He said, “We’re afraid and we want to go home, even though we’re scared to return to our country…If Honduras is dangerous, Mexico is worse. It’s more dangerous.”

Root said that the new policies were wearing the migrants down. He was told by an anonymous government official that approximately 40% of those who are returned to Mexico to await their court dates fail to show up.

A migration expert at the University of Texas told Root:

If MPP survives court challenges, it could significantly reduce the number of Central American migrants requesting asylum in the U.S. She said the ability for them to live and work in the U.S. while awaiting the outcome of their cases remains a big draw.”

If it’s expanded across the border it is going to have a pretty dramatic effect in my opinion on the numbers of people who are coming. There is a big difference between waiting in Boston for your case and waiting in Mexicali or Monterrey.

Most of the migrants who have come from Cuba and Venezuela plan to stay in Mexico to await their court dates. For them, especially the Venezuelans, conditions are worse back home than they are in Nueva Laredo.

So, it appears that the Trump administration has found a strategy that works. The U.S. shouldn’t be forced to provide food, shelter and medical care for every migrant who sets foot on American soil. As more potential migrants understand that this policy is actually being enforced, many of them will be deterred from making the journey to the border at all. Hopefully, it won’t be torpedoed by some liberal judge.