In an unexpected move, the Working Families Party (WFP) has endorsed Democratic presidential candidate Sen. Elizabeth Warren (D-MA) after a 60.9% showing in a party wide vote.

There are several reasons why this endorsement came as a surprise, especially to supporters of Sen. Bernie Sanders (D-VT). Sanders earned the party’s endorsement in 2016 with an 87% win in an online membership survey and it was widely believed he would receive it again.

Warren’s daughter, Amelia Warren Tyagi, is the Board Chair of liberal think tank, Demos. According to Demos’ 2018 tax filing, they contributed $45,000 to the WFP in 2018, their first donation ever to the party.

According to Washington Post reporter Dave Wiegel, this number (Warren’s 60.9%) combines two groups. 50% of the total, or 30.5%, is determined by the votes of WFP leaders and the other 50% is the result an online membership survey. He notes that WFP has dozens of leaders and thousands of members.

The party has been asked by skeptics to release the details of the vote, however, they have refused to do so.

In 2016, when the WFP endorsed Sanders, they released the separate vote tallies which can be viewed here.

According to the Center for Public Integrity, the Warren campaign’s treasurer remains on the board of Demos.

Given this set of circumstances, it’s only natural that Sanders’ supporters would be concerned. We won’t be too surprised to hear more about this when/if the Democratic primary turns into a two person race between Sanders and Warren.

$45,000 is not a huge number so far as political contributions go, a source familiar with WFP told independent journalist Jordan Chariton that “Demos’ $$ to WFP was a “signal” that there’s more where that came from if WFP were to endorse Warren.”

Chariton’s source also informed him that, “at the time of the @ewarren endorsement that they were “broke” and expect more money to come into it as a result of Warren endorsement. In light of this news, it goes without saying….”

NEWS: Think tank @Demos_Org gave @WorkingFamilies Party $45,000 in 2017-2018. @ewarren's daughter Amelia is chairwoman of Demos. Despite this, she is currently not listed on Demos website (but it still shows up on Google).

As has been widely reported, WFP gave its leadership (a few dozen people) 50% of the vote, and gave the other 50% to its membership (tens of thousands). Draw your own conclusions, but this looks to me like insiders leveraging money to overrule the will of the people. Not good!

FWIW, in 2015, WFP released the results of the online membership survey: 87% for Sanders. https://t.co/e4xA3llVfL

A source of mine familiar with Working Families Party's inner dynamics told me at the time of the @ewarren endorsement that they were "broke" and expect more money to come into it as a result of Warren endorsement. In light of this news, it goes without saying….

Lastly, and maybe the MOST troubling…Warren's campaign treasurer is STILL on the board of @Demos_Org—who donated $45K to @WorkingFamilies. This also was not disclosed by WFP. THIS STINKS TO THE HIGH HEAVENS. https://t.co/L5vjN4nJaK 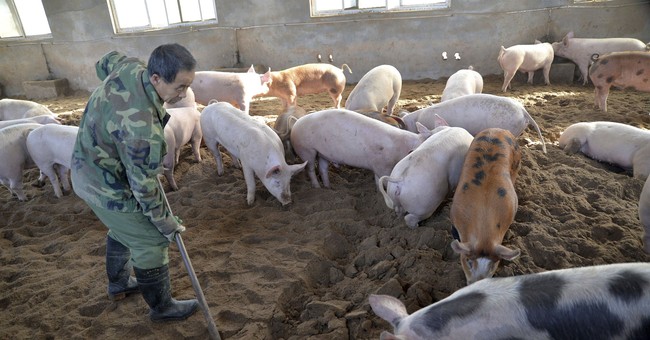 Have Animals? Take Note of the CDC's New Guidelines.