Department of Justice Inspector General Michael Horowitz testifies before a House Committee on the Judiciary and House Committee on Oversight and Government Reform joint hearing on’Oversight of the FBI and DOJ Actions in Advance of the 2016 Election’, on Capitol Hill in Washington, Tuesday, June 19, 2018. (AP Photo/Manuel Balce Ceneta)

In the comment section of an earlier post, a reader brought up an interesting point. The idea that DOJ Inspector General Michael Horowitz found no evidence that investigator bias had played a role in their decision making or handling of the case has become a huge Democratic talking point. In fact, former FBI lawyer Lisa Page is basing her new lawsuit on this claim.

It is simply not true.

The truth is that Horowitz claims only that he found no political bias in the launch of the investigation. This is easy enough to understand if you consider how low the bar really is for the FBI to open an investigation. If I recall correctly, the National Review’s Andy McCarthy, a former assistant U.S. attorney, once said that the FBI can open an investigation based on a hunch. 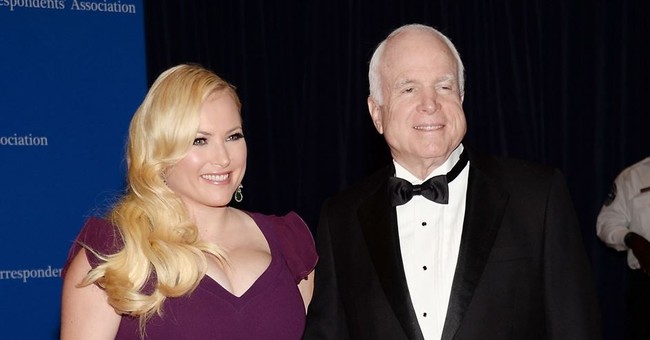 However, and this is important, nowhere in the report does Horowitz state that bias played no role in how Crossfire Hurricane was conducted, although several Democratic Senators tried to push him into saying so during Wednesday’s hearing.

At the Senate hearing, Sen. Patrick Leahy asked Horowitz, “Is it correct that you found no evidence that the investigation was motivated by anti-Trump or political bias?”

Horowitz responded, “We have found no evidence the initiation of the investigation was motivated by bias. It gets murkier – the question gets more challenging, Senator, when you get to the FISA and when you get to the attorney’s actions, for example.”

Senate Judiciary Committee Chairman, Lindsey Graham, asked Horowitz, “Former FBI Director James Comey said this week that your report vindicates him. Is that a fair assessment of your report?”

Horowitz’ response? “I think the activities we found here don’t vindicate anybody who touched this FISA.” I think we can take that as a no.

Then Graham read a brief exchange between James Comey and a reporter which occurred in December 2018. Comey was asked, “Did you have total confidence in the dossier when you used it to secure a surveillance warrant and also in the subsequent renewals?”

He answered: “I have total confidence that the FISA process was followed, that the entire case was handled in a thoughtful, responsible way by DOJ and the FBI. I think the notion that FISA was abused here is nonsense.”

Graham asked Horowitz if it would be fair to say he took issue with that statement. Horowitz replied, “Certainly our findings were that there were significant problems with FISA.”

The report indicated that the FBI identified and interviewed Christopher Steele’s “primary sub-source” in January, March and May 2017. The report states that in January, this individual, who still remains anonymous, debunked the infamous golden showers episode specifically. He/she told FBI officials that story had been dreamed up “over beers at a bar.” I would imagine they had a pretty good idea after the first meeting that none of the “intelligence” in the dossier was reliable. (I posted about the primary sub-source interviews here.)

The FBI had obtained their first renewal of the Carter Page FISA warrant before they interviewed the primary sub-source. But they still applied for and received two more renewals, in April and in July. The report states the FBI told the FISA Court they had interviewed him/her and found him/her to have been credible.

Questioned about this, Horowitz said, “I would not have submitted the [FISA application] they put in. No doubt about it. It had no business going in.” He added, “I don’t think the Department of Justice fairly treated these FISAs and [Trump campaign adviser Carter Page] was on the receiving end of the FISAs.”

Horowitz tries so hard not to say, ‘of course bias played a role.’ He is a Democrat and he doesn’t want to expose his peers. His attempts to describe the FBI’s behavior, “It gets murkier, more challenging, the attorney’s actions,” tell us all we need to know. It’s not a full-throated confirmation, but Horowitz never comes out and says that political bias played no role in the conduct of officials working on the investigation.

If he truly believed political bias did not influence actions or decisions by investigators, he would have said so as he did in his June 2018 report into the FBI’s handling of the Hillary Clinton email investigation. In the executive summary of that report, Horowitz wrote, “We did not find documentary or testimonial evidence that improper considerations, including political bias, directly affected the specific investigative decisions.” I believe that was an inadequate, inappropriate and unreasonable assessment of how the FBI handled that investigation. But, a similar conclusion for the current report would have been indefensible.