In this Oct. 10, 2017 photo, the Supreme Court in Washington is seen at sunset. (AP Photo/J. Scott Applewhite)

President Trump received an unexpected and well-deserved win today. The Supreme Court agreed to review three cases related to subpoenas issued by the House Oversight and Financial committees and New York State prosecutors for the President’s financial records. The subpoenas were served upon two banks as well as Trump’s accounting firm. Lower courts have upheld these subpoenas.

The President’s attorneys, who rightly consider this an unnecessary intrusion into his privacy and yet another partisan attempt to search for a crime, are trying to block access to this information.  Arguments will be heard by the court in March and a ruling is expected by June.

House Democrats claim their interest in Trump’s financial records stem from his payments to silence Stormy Daniels during his 2016 campaign. “The Office of Government Ethics found those payments were improperly recorded as legal fees” to the President’s former lawyer, Michael Cohen. Additionally, they cite statements made by Cohen during his Congressional testimony, who accused Trump of inflating the values of his assets on loan applications and deflating their values for tax purposes. We all know exactly what their interest is.

House Speaker Nancy Pelosi issued a statement which said House leaders are “confident the Supreme Court will uphold the Constitution, the rulings of the lower courts and ensure that Congressional oversight can proceed.”

The House Oversight, Intelligence and Financial Committees issued a joint statement. It said, “While we are disappointed that Congress will now have to wait several more months to get a final ruling, we look forward to presenting our case to the Supreme Court.”

According to an article in the Wall Street Journal, these “investigations are unrelated to the abuse-of-power and obstruction charges against the President that the House Judiciary Committee approved in the impeachment case earlier Friday.”

House officials have suggested they plan to press on with most of the legal battles, but not hold up impeachment action to wait for the courts to rule. However, one of the two articles of impeachment the House Judiciary Committee approved earlier Friday is based on Trump’s decision to refuse the House’s demands for documents and testimony from key Trump aides.

I disagree. The second article charges that Trump “has directed the unprecedented, categorical, and indiscriminate defiance of subpoenas issued by the House of Representatives.” Stripping out the matter of Trump’s financial records weakens what was a rather pathetic case against the President to begin with. The article is left with the refusal of White House officials (claiming executive privilege) to appear before the House impeachment inquiry committees. House Democrats, who are in a hurry to get this done, elected not to fight those claims in court and chose instead, to add it to their articles of impeachment.

Harvard Law professor Alan Dershowitz sees this as a huge win for the President. In a Friday night appearance on “Hannity,” Dershowitz explained.

Look, the most important development happened today. The Supreme Court of the United States absolutely pulled the rug out of part two of the impeachment referral by granting certiorari, by granting review in a case where Trump challenged a congressional subpoena. And the Supreme Court said we’re going to hear this case.…Think of what that message is – It’s Trump was right.

You don’t have to comply with a subpoena of Congress unless a court tells you you have to comply. Now, we don’t know how the Supreme Court is going to come out, but they made it clear that’s a viable issue. So that charge, that ground of impeachment, should be immediately removed by the House and not sent to the Senate. There’s nothing to it anymore after the Supreme Court today said you’re entitled to a review on an issue when the President challenges the subpoena power of Congress. It’s all done. It’s over. 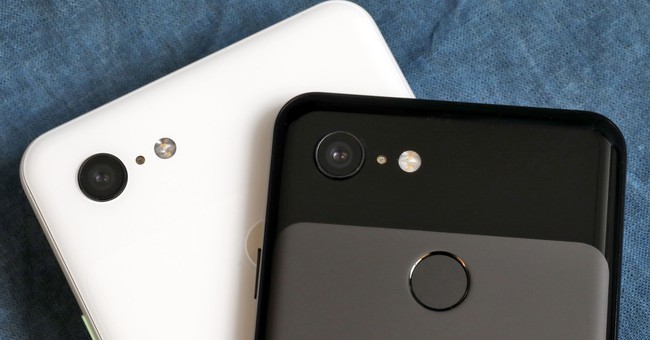 'Pick up your FERRETS!' Active Dance Tutorial-HIP HOP' is the video you need today that you didn't know you needed (watch)