Where Was FISA Court Judge Collyer’s Concern in 2018 When Devin Nunes Brought These Issues to Her Attention?

The presiding judge of the Foreign Intelligence Surveillance Court (FISC), Rosemary Collyer, was widely praised on Tuesday for her sharp rebuke of the FBI over their abuses of the FISA application process. DOJ Inspector General Michael Horowitz’ report listed seven mistakes or omissions in the first application for a warrant to spy on Trump advisor Carter Page. By the time of the third renewal, there were 17.

Judge Collyer was angry. After all, this was such a shock. Here’s what she wrote:

The frequency with which representations made by F.B.I. personnel turned out to be unsupported or contradicted by information in their possession, and with which they withheld information detrimental to their case, calls into question whether information contained in other F.B.I. applications is reliable.

The court expects the government to provide complete and accurate information in every filing,

Judge Collyer has ordered the DOJ and the FBI to review each application they have submitted to the court and “to explain what steps have been taken to assure the candor of each submission.” And she has set a deadline of January 10, 2020 for this report. 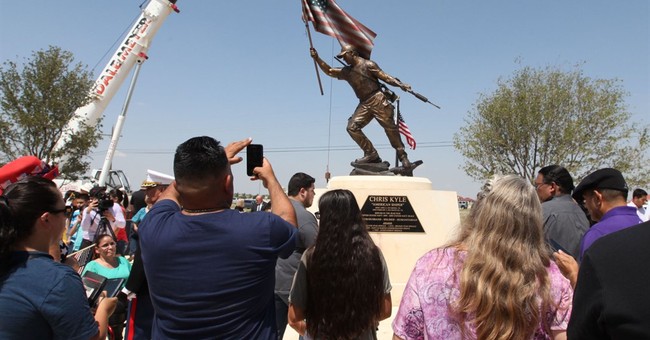 It’s great that she appears to be cracking down on these agencies in the wake of the IG’s revelations, but why did Judge Collyer fail to act when Rep. Devin Nunes (R-CA), then-Chairman of the House Intelligence Committee, wrote to her in 2018 to express his concern that the FBI had acted improperly?

The Wall Street Journal’s Kimberley Strassel reported on Friday that Nunes sent a letter to Judge Collyer on February 7th, 2018 to tell her what his committee had found during their investigation of the FBI’s four applications. He wrote, “The Committee found that the FBI and DOJ failed to disclose the specific political actors paying for uncorroborated information that went to the court, misled the FISC regarding dissemination of this information, and failed to correct these errors in the subsequent renewals.” Mr. Nunes “asked the court whether any transcripts of FISC hearings about this application existed, and if so, to provide them to the committee.” Strassel wrote:

Judge Collyer responded a week later, with a dismissive letter that addressed only the last request. The judge observed that any such transcripts would be classified, that the court doesn’t maintain a “systematic record” of proceedings and that, given “separation of power considerations,” Mr. Nunes would be better off asking the Justice Department. The letter makes no reference to the Intelligence Committee findings.

Mr. Nunes tried again in a June 13, 2018, follow-up letter, which I have obtained. He told the court that Congress “uncovered evidence that DOJ and FBI provided incomplete and potentially incorrect information to the Court,” and that “significant relevant information was not disclosed to the Court.” This was Mr. Nunes telling FISC exactly what Inspector General Michael Horowitz told the world—18 months sooner. Mr. Nunes asked Judge Collyer to “initiate a thorough investigation.” To assist her, the same month he separately sent FISC “a classified summary of Congress’s findings and facts” to that point. The letter was signed by all 13 Republican members of the Intelligence Committee.

Judge Collyer blew him off. Her letter on June 15, 2018, is four lines long. She informs Mr. Nunes she’s received his letter. She says she’s also received his classified information. She says she’s instructing staff to provide his info to “the judges who ruled on the referenced matters.” She thanks him for his “interest” in the court.

The House Intelligence Committee has oversight jurisdiction of FISA. The Committee had just released the “Foreign Intelligence Surveillance Act Abuses memo,” better known as the “Nunes memo” in which Nunes and his staff enumerated the ways they believed the FBI had deceived the FISA Court. (All of the allegations in the Nunes memo were confirmed by the Horowitz report.) One would have expected her to at least question the FBI and the DOJ over the issues Nunes had brought to her attention. Instead, she did nothing. Was she one of them?

The secrecy of FISA had always shielded the players from scrutiny. But Mr. Nunes’s inspection of the Page applications threatened to highlight this rot in the system. Judge Collyer’s dismissive letters made clear just what the court thought of Congress poking its nose into the secret club.

Judge Collyer failed to act when she should have. Once the FBI’s abuses were revealed to the world, she was forced to respond. I consider that to be misconduct.

Maybe we ought to hold our applause for Judge Collyer.