Shortly before President Trump’s press conference on Friday afternoon, New York Governor Andrew Cuomo, a Democrat, spoke to reporters about the drive-through coronavirus mobile testing center which had been set up in his state.

To his credit, he actually acknowledged Vice President Mike Pence and “especially” the President for their help.

Cuomo said, “I want to thank the Vice President and especially the President who facilitated this and moved quickly.”

The governor was the second Democrat to show his appreciation for President Trump this week.

"I want to thank the Vice President and especially the President who facilitated this and moved quickly." pic.twitter.com/jEeCsA6WeF

During a press conference held on Monday, California’s Democratic Governor Gavin Newsom was the first to praise President Trump for his support during the fight against the coronavirus.

A reporter who appeared to be fishing for something derogatory to write about the President, brought up Trump’s previous statements about the cruise ship passengers. He’d said he would prefer it if none of the passengers aboard these cruise ships landed on U.S. soil. The reporter asked, “Did he mention any of that to you during your conversation?”

Newsom replied: “We had a private conversation, but he said, ‘We’re gonna do the right thing’ and ‘You have my support, all of our support, logistically and otherwise.’ He said everything I could have hoped for. And we had a very long conversation and every single thing he said, they followed through on. So, I’m just not interested in finding daylight on those statements because everything single thing his administration – and it starts at the top, including his Vice President – has been consistent with the expectation that we’d repatriate these passengers and we’d do it in a way that does justice to the spirit that defines the best of our country and the state of California.”

California Gov. Newsom had kind words for Pres. Trump and Vice Pres. Pence when asked about the administration's handling of coronavirus and cruise ships:

"We had a very long conversation, and every single he said they followed through on." https://t.co/iBPb6YBiQ0 pic.twitter.com/7bYjBdspno

At a time when coverage of the coronavirus has become so politicized, it’s refreshing to see some civility, however long it lasts.

We are all in this together. Let’s hope we see more of this. 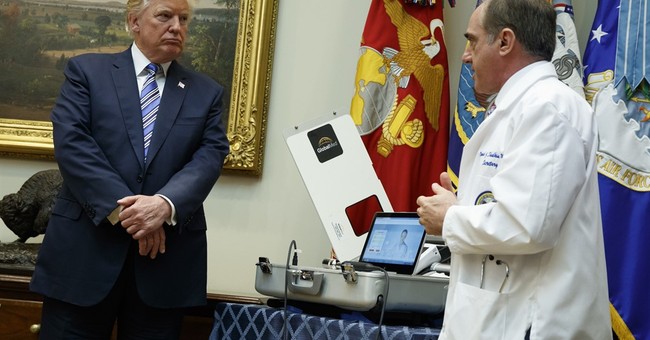