House Speaker Nancy Pelosi of Calif., holds up a copy of President Donald Trump’s State of the Union address to a joint session of Congress that she tore up on Capitol Hill in Washington, Tuesday, Feb. 4, 2020. At left Rep. Billy Long, R-Mo. (AP Photo/Susan Walsh)

Earlier this month, I opened a post with the following sentence: House Speaker Nancy Pelosi is a despicable woman with no redeeming qualities. And I stand by that assessment.

Fox News contributor and investigator Dan Bongino calls Pelosi a master of disinformation, who contributes to the downfall of this country every day by promoting garbage, misinformation, disinformation, and not helping us to get through this crisis at all.

In his Monday podcast, Bongino told viewers that Democrats, led by Nancy Pelosi, are currently laying the groundwork for their next investigation of President Trump. It will be a two-fold attack based on Trump’s early denial that the coronavirus posed a serious threat to the U.S. and his administration’s delays of essential medical supplies to those on the frontlines.

That’s easy enough to believe. Of course, they will take advantage of this great gift from China which has managed to bring Trump’s booming economy to a screeching halt and to kill Americans at the same time. They never dreamed they’d be this lucky.

The most amazing thing about Pelosi is that she lies through her teeth, repeatedly. She’s an unconvincing liar, she’s inarticulate and she’s unlikable, yet she is so revered by those on the left. In a weekend interview with CNN’s Jake Tapper on Sunday, Pelosi “rewrote history.” Bongino played a clip from Tapper’s show (it begins at 6:15 in the video below).

Pelosi tells him that Trump’s denial was “deadly” and “his delaying of getting…equipment to where it is…it continues [sic] his delay in getting equipment to where it is needed is deadly…We have to have testing, testing, testing, that’s what we said from the start.” She babbles in a very inarticulate manner and finally asks, “What did the scientists say to him? When did the President know about this and what did he know? What did he know and when did he know it? That’s…for an after-action review. But as the President fiddles, people are dying. And we have to, we just have to take every precaution.”

This is truly astonishing how Nancy Pelosi is rewriting history now on CNN. Rewriting history. This same awful, lying political hack who tweeted on January 31…this is the same woman who, when Trump, responding to intelligence that the Wuhan virus was coming here, instituted a travel ban from that place and others. This is the same Pelosi who called it racist. Who is now claiming in her two-prong attack, they’re getting ready…They are preparing right now for another investigation into Trump and their attack is going to be two-fold…number one is going to be denial [of the evidence] and number two is going to be delay [of equipment].

But facts are stubborn things. Bongino pulls up the following tweets which, he says, Pelosi is pretending never existed and the Democrats won’t call her out on.

In the coming weeks, the House will bring the NO BAN Act to the Floor to prohibit religious discrimination in our immigration system and limit the President’s ability to impose such biased and bigoted restrictions. https://t.co/prysRGMwzh

Word of the planned attack has already gone out, he tells viewers. “This is the new media narrative. Listen to Nancy Pelosi. Don’t listen to me…They are now into – already – the attack on Trump rather than trying to solve this crisis. They’re already setting you up. And morons like the now dumbest man in media, Chuck Todd, are getting ready to parrot the denial/delay talking points. Chuck Todd goes even a step further asking Sleepy Joe, in an interview, if Trump has blood on his hands.”

“This is an actual interview from an actual moron. Check this out.” (at 10:55 on the video below)

Todd asks Biden, “Do you think there is blood on the President’s hands, considering the slow response? Or is that too, too harsh of a criticism?”

This is a bridge too far even for Biden who tells Todd, “I think that’s a little too harsh.”

The Democrats are not interested at all in getting through this…led by Pelosi who is an awful, awful human being…They are preparing now. They are allocating their time in one of the great generational crises we’ve had to deal with. Financial, economic and healthwise. What are they wasting their time on now? The political attack’s coming the minute we mitigate this crisis. That’s what they’re doing.

Bongino offers context for the next clip. “There was a back and forth last week with Andrew Cuomo. President Trump says, ‘Hey, we shipped you thousands of ventilators that are sitting in storage. You’re telling us we’re denying you equipment? We shipped you the ventilators you need to keep people alive and you’re not using them.’

“…The Democrats are busy investigating right now when they should be solving and they’re doing it by lying to you. Watch Cuomo, in the same interview, accuse Trump of promoting misinformation and then confirming the story that the ventilators are in the warehouse. This is CNN.” (begins at 14:29)

A (timid) CNN reporter asks Cuomo if it’s true that the ventilators were found.

From what I’ve heard, hospitals had a handful of ventilators, described as two, three or four, prior to this crisis. (I would assume, but I have not verified, that New York Hospitals had additional units delivered in the meantime because I don’t see how they could operate with only a handful.) Vice President Mike Pence had 4,000 ventilators delivered to New York last week that they haven’t needed yet. The state has managed to operate without using anything from the new delivery. The number of new cases is starting to decline in New York. But Cuomo claims he needs 26,000 more.

Bongino addresses the second prong of the coming attack, which will be that President Trump denied the intelligence. He cites a CNN report which they try to frame as an attack on the President, but “it’s really an indictment of the Bush and Obama administrations.”

CNN begins their article by, of course, bashing Trump. They cite a 2017 study jointly funded by the NIH and the CDC which found, “substantial concern exists that intensive care units (ICUs) might have insufficient resources to treat all persons requiring ventilator support” and that even the supplies held in the so-called Strategic National Stockpile “might not suffice to meet demand during a severe public health emergency.”

However, CNN cites ten occasions when the Government was warned by agencies between 2003 and 2013 about a lack of ventilators in the event of a pandemic. Neither the Bush nor the Obama administrations acted on any of those warnings.

The article lists the ten studies which took place between 2003 and 2013 and can be viewed here.

It is worth noting that, at the time of the 2017 NIH/CDC study, the DOJ was initiating a bogus Special Counsel investigation against our new President which continued on for two years. After a brief respite of several months, the House of Representatives began ramping up an impeachment inquiry to remove him from office. This was followed by an impeachment trial in the Senate which ended with his acquittal. Maybe if his administration hadn’t been so distracted by needless investigations, he might have paid more attention to the study which concluded we needed more ventilators in case we were hit by a pandemic.

But the fact remains that ten warnings were ignored by the Bush and Obama administrations.

Sadly, I have to agree with Bongino. The Democrats would never allow an opportunity like this to be wasted. Imagine a second impeachment inquiry underway in the months before Election Day.

But it might not work out quite the way they planned. The majority of Americans approve of the way President Trump is handling the crisis and after two bogus investigations, fewer Americans will believe them. Two weeks ago, the Democrats, pushed by Nancy Pelosi, tried to fill a coronavirus relief bill with Green New Deal and other unrelated items which delayed its passage.

And here’s a little something for the Democrats to think about. With everything else they’ve been focused on, it may have slipped their minds. 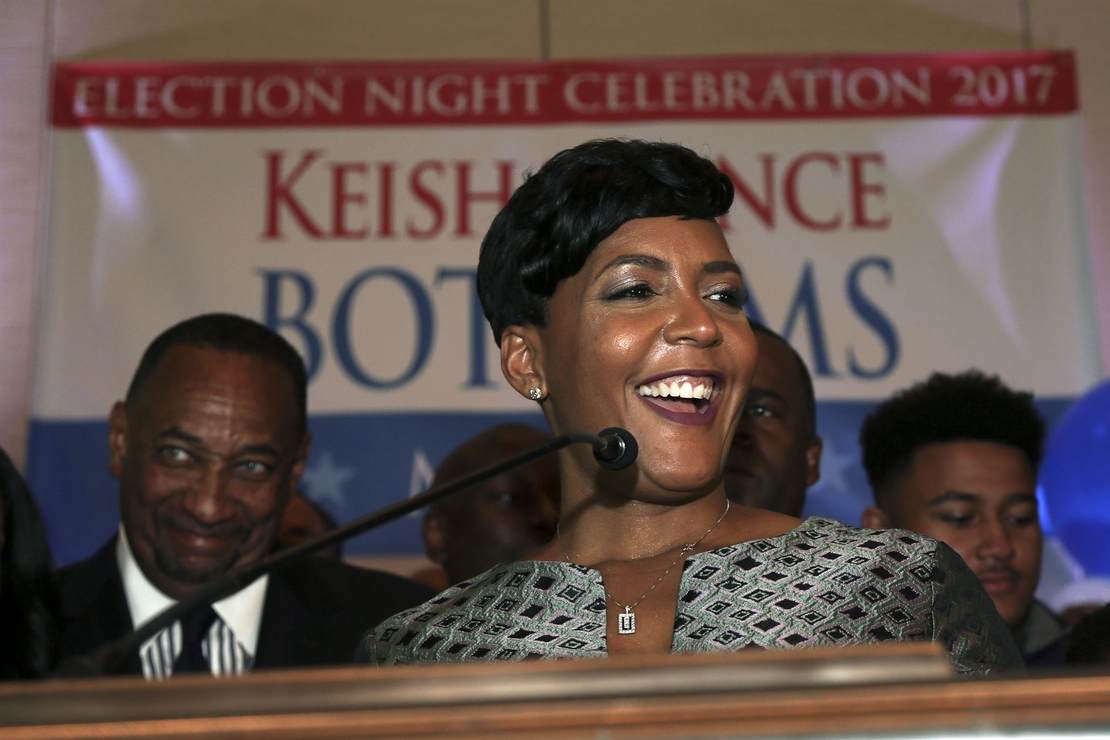 Mayors Aren't Going to Tamp Down Violence by Firing Police