Yesterday on National Review Online, Checker Finn took one pot shot after another at the state of Texas and publicly displayed his hand-wringing over Texas Governor Rick Perry’s potential influence on national education policy. You see, Mr. Finn tries – quite unsuccessfully in my view – to target Texas “bravado” as the threat to a sound education policy. On the one hand, he attempts to criticize Governor Perry by lumping him in with George W. Bush’s efforts to push No Child Left Behind, despite Perry’s resistance to embrace it. Then he turns around and says now we will somehow suffer because Perry’s national policy prefers to leave education to the states (heaven forbid).

Now before I go too far, my purpose of responding to Mr. Finn is not to defend or promote the Governor as much as it is to point out the absurdity of what Mr. Finn purports to say on an objective basis and the curious placement of such a piece in National Review given the leftist connections of the Fordham Foundation, which tries assiduously to portray itself as center-right despite those connections.

Quite understandably, Texas’ opposition under Governor Perry to the creation of a one-size fits all national education system is problematic to special interest groups such as Mr. Finn’s Fordham Foundation, which has received funding to promote national standards and has taken (largely inaccurate) shots at Texas’ education system before.

The Fordham Foundation receives large contributions from the Bill and Melinda Gates Foundation – including $959,000 to review the so-called “Common Core,” an effort in which Texas has refused to participate, drawing criticism from the likes of Mr. Finn. But that refusal – before the standards were released – was validated upon a review of the final product. Please ask parents in my home state of Georgia how the “blended math” envisioned by the common core worked for them. Additionally I would point out that the common core math course called “Modeling” has one discernable standard. It reads as follows:

In descriptive modeling, a model simply describes the phenomena or summarizes them in a compact form. Graphs of observations are a familiar descriptive model—for example, graphs of global temperature and atmospheric CO2 over time.

This may be a fine exercise for a student (or not) but one has to wonder whether the political message behind this standard purports to turn a math class into a forum for discussion of global warming. Perhaps they should rename the course as “Al-Gore-ithems.”

Finn also half-heartedly defends but then laments the national implication of Texas’ refusal to take up to $700 million in “Race to the Top” funding. Finn apparently believes because Texas is unique, it can handle its education (sort of, subject to his own views about national standards), but that some states are too lame to handle it on their own, saying:

How about gravely ill jurisdictions like Ohio and Michigan where Uncle Sam might help reformers duke it out with entrenched unions? Or seriously poor places like Mississippi and Alabama, which may need some outside bucks to leverage change? Or educationally inert states like Nebraska and South Dakota that may just need a kick in the pants?

But, this is the way of those who accept a Washington-knows-best school of thought, so to speak. I happen to believe Governor Perry was correct when he said that “we would be foolish and irresponsible to place our children’s future in the hands of unelected bureaucrats and special interest groups thousands of miles away in Washington.”

In fact, under Governor Perry, Texas has taken on significant challenges, including the dropout rate. Even in the face of the massive impact of illegal immigration on the schools, the dropout rate in Texas has dropped dramatically in Texas over the past ten years. Texas also has embraced innovations such as incentive pay for teachers, charter school reform, enhancement of state and local data systems and the turn-around of low-performing schools. And, interestingly, Texas embraced these concepts as a state long before the carrot of Race to the Top was dangled before them and prior to the so-called stimulus. Most importantly however, Texas undertook these initiatives in a way that allowed local school districts to innovate with these models to suit the needs of their children and communities.

No doubt some statistics will show Texas could be doing better and some would show Texas doing well. But the larger point is that it is ridiculous to suggest that because the Governor favors an approach that respects the Constitution and leaves primary decisions regarding education at the state and local level, he somehow is taking Texas arrogance to Washington.

Would that we have that kind of arrogance in Washington instead of the Washington-knows-best kind.

Perry and other reformer governors should be applauded for working to increase their state standards. This competition between the states will lead to real reform and best practices and that will help children across the nation. 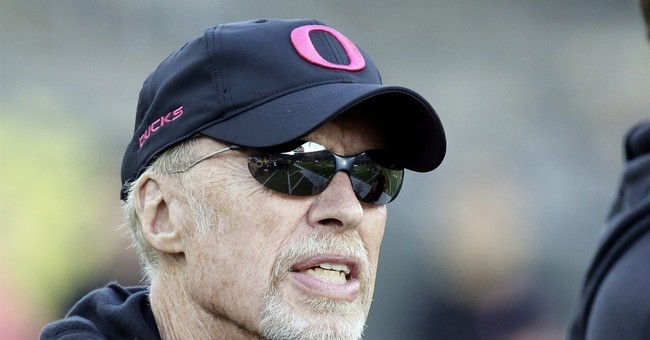