Paul Ryan is not a safe pick. In fact, it is a pick that suggests Mitt Romney knows he needs to shift momentum in the race. When the GOP is winning on all the major polling questions of debt, deficit, and economy and still losing overall — the polling can’t all be wrong, including Fox News — the Romney camp needs a new direction and a more focused message.

What they had been doing was not and is not working.

Paul Ryan works. The most recently named Human Events Conservative of the Year is a lightening rod on the left for the Ryan plan, which balances the budget over the next two decades. What was not enough for some conservatives is too much for some liberals. Paul Ryan exposes the left’s great lie. They think they can just raise taxes on those who make $250,000.00 a year or more and never have to cut spending or fix entitlements.

Paul Ryan not only exposes that lie, but he has plans to solve it. He does so as a fresh, young face who is not at all scary to old people and relates to them and to young people. He himself is in his early 40’s with small kids. He’s from a swing state, out performed John McCain in his home district, and is telegenic and articulate. Paul Ryan is what Mitt Romney needs.

The left will demonize and demagogue Paul Ryan. They’d do that to anyone. This is a party that is currently accusing MItt Romney of murder and previously accused Paul Ryan of killing old people. The only problem is, the old people are receptive to Paul Ryan’s message. The bluster you hear today is a Democratic Party excited to have their bogey man as the Republican veep pick, with a little bit of nervous apprehension about what Ryan is capable of.

The sighs you hear are Republicans sighing some relief. Finally, the Romney campaign has a spokesman who can do what Mitt Romney has never been capable of doing — defend success and articulate a message of why we must reform our nation’s budget and support free markets.

After all the Romney campaign missteps and flubs of the past few weeks, I am encouraged. But we should be clear here: it is not enough, but it is an excellent start to a reboot.

Pelosi Is Desperate to Have Mail In Voting, But Here’s Why That’s a Disaster Waiting to Happen

Portland Riots Day 63: Excuse Me -- I'm With Antifa. Can You Give Me Directions To Springfield?

George Floyd Gets His Own Hologram, and It's Set for a Confederate Tour

Opinion: I Just Starred in an Episode of "When Mask Karens Attack" Police Arrest Two Women 'Protesters' in Attack on Dem State Senator, Who They Are Is Disturbing 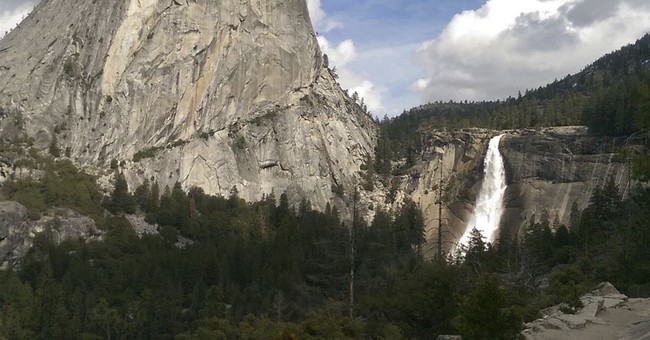