Let Not Your Heart Be Troubled

I remember it so clearly — a memory you can only remember so clearly when it is from sadness. You can’t let it go.

I was sitting in the mud by the rear passenger side tire of my old Acura cradling my one year old in the steady, driving rain. I was sobbing doing my best not to fall apart in front of my little girl. But the tears ran. My throat hurt as I tried to suppress the guttural cries I wanted to cry there in the mud. I had no more energy. Having kept myself composed all day, all I could do there in the rain was sit, hold my child, and cry.

RedState, which got up and running in 2004, was out of money. No one wanted to put ads on a conservative site after the Democrats had just delivered an absolute shellacking to the GOP. We were out of money. Christmas was a week away. I was out of a job.

But that was insignificant compared to where I’d been that day. I’d just left the hospital where I had the task of telling my wife she was dying and there was nothing anybody could do.

Then there I was one week before Christmas in 2006 sitting in mud, leaning up against a tire covering me in black, holding a one year old too young to know what was going on, and sobbing in the rain too shell shocked to even try to pray. Too overwhelmed to even think. Out of money, soon to be a single dad, no job, a one year old, and I was very overwhelmed.

My wife and I got married in 2000. Within three months she had a double mastectomy not because she had cancer, but because we knew she would get it. We waited five years to have our first child. We figured it would be smooth sailing after that.

We got her to the doctor who, based on her symptoms, diagnosed her as having either a pulmonary embolism or a gall bladder attack. He had me take her to the ER with orders to check her for an embolism knowing if it was not that it would be her gall bladder.

The scan came back clear. It was her gall bladder. “Oh by the way,” they seemed to say almost in passing. “We found some spots on her lungs.”

We went to the beach. Within twenty-four hours of arrival my wife was in the Emergency Room at the beach preparing for surgery. She had a blockage in her bile duct. She was in agony. She spent a week at the beach recovering while I took care of our one year old. When we got home we found a message on our answering machine from the local hospital we’d been to before our trip. They had discovered a blockage in her bile duct and it was vitally important we call them to schedule immediate surgery. Ahhh . . . timing.

We finally got around to her going back to the doctor about the spots on her lungs the week before Christmas. I remember she came home with a scared looked on her face. Yes, the spots were still there, but they’d found a blood clot in her jugular vein. She had to be admitted to the hospital for treatment. While there, the doctors got worried about the clots plus the spots. They decided to biopsy. That’s when they told me she was dying. There was nothing they could do.

That night after cleaning myself up and having help for the one year old I went back to the hospital. My wife and I talked as you talk when you know you might not have much longer to talk. In the course of the conversation the surgeon came in, told us everyone had now reviewed the biopsy, and they were sure it was not cancer, she was not going to die, and they’d send off the biopsy for more study.

Turns out she has a relatively benign condition.

Within a day or so, Eagle Publishing, Inc. called and offered to buy RedState. They’d keep me on as an employee. I had my wife and my job.

Fast forward four years. I had not had a pay raise, we were dependent on two incomes to make ends meet, and my wife, given everything she’d been through, wanted to stay home with the kids. We knew it was the right thing to do. We just did not know how to make up the loss of income. We took a leap of faith and my wife left her job.

A year later, Cox Media Group asked me to be on the radio.

My life is not all peaches and roses. But I write this whole story and highlight the ups, not the downs, because I do not believe in coincidences. I do not believe in luck. I believe in an active Creator. I have experienced too much in my life to lead me to think this is all atoms and physics and chemistry and coincidence. I have experienced pain and misfortune and sadness, but as much as those things too define me it is the joys of life I dwell on.

There is a man upstairs. He has a plan. And while I do not know the mind of the Creator, I know this all works for the good of those who are called according to His purpose. I do not know His plan, but I have experienced enough in my life to know I should trust Him and that His plan, however confounding it may seem, is a good plan that will work out in the end for the best.

So I raise my head these last few days and see liberals salivating at the idea that it might be a right wing tea partier who blew up Boston while conservatives are convinced it is a Middle Eastern terrorist. I see the wailing and gnashing of teeth over gun control, the evil of Kermit Gosnell, and the politicization of everything. Then there is the destruction in Waco, the dead and injured — it is enough to make you want to sit in the mud while holding your child close and cry.

It should be hard to be optimistic, but I, a natural pessimist, I am optimistic. I have hope. I know that there is a higher purpose to it all. I know that there is not just the rudimentary day to day existence in which we live, but there is a master plan to it all. I know some of you do not believe that and you are entitled to reject that. But I have experienced too much in my life and see clearly in hindsight an active presence who leads me somewhere down a path I did not choose, but on which I walk.

Choosing to let your heart not be troubled is not easy. It is often hard. We see bombings in Boston, planes flying into tall buildings, random explosions killing many at one time in Texas, politicians and citizens at each others throats and it seems the whole world has gone mad. But the world has always been mad. We are just more aware of it these days with bold events that shock the conscience.

We are on a blue marble circling a giant ball of plasma that if we draw too close to we burn up as we and it hurtle around a black hole at the center of a galaxy scientists believe will one day collide with another galaxy. The world is a crappy, hostile place in a colder than ice dangerous expanse of vacuum, radiation, and sweet meteors of death. The thought that we exist as we do at all borders on absurdity.

And yet there is a one year old who, though she knows not why her father cries in the rain and mud, pats his face to tell him it is okay. There are strangers who, instead of running from the blast, turn to it to help those who have fallen. There is a President some of us care little for who chooses his words carefully to bind the wounds of dark days for all of us regardless of our votes.

The world is not meant to be fair. It is a maddening place filled with bad and evil. But the good shines through. The right overwhelms the wrong. The very real good slays the very real evil. The smiles break through the tears.

I am a man who had to tell my wife she was going to die. By God’s grace she did not die, but is with me still.

I can tell you confidently it is no easy thing to let your heart not be troubled. But I can tell you in a world where so many politicize everything, we yell at each other, and every hill is a hill on which to die, whether you choose to believe or not there is good and there is evil and there is a man upstairs who has a plan that while we may not know it we can be assured that all things, even in the pit of the various hells on this present earth, yes all things do work for the good of those called according to his purpose. He brings forth water from rocks and bread from heaven and you and me from the dust of the earth, stitching us together in our mothers’ wombs.

So let not your heart be troubled. The sun still shines. The smiles are still there. The good graces between neighbors still exist. Bad things will always and have always happened. But love and good and right prevail even in the madness of the present age.

Alyssa Milano: Please Join Me in Chanting to Make Trump Go Away 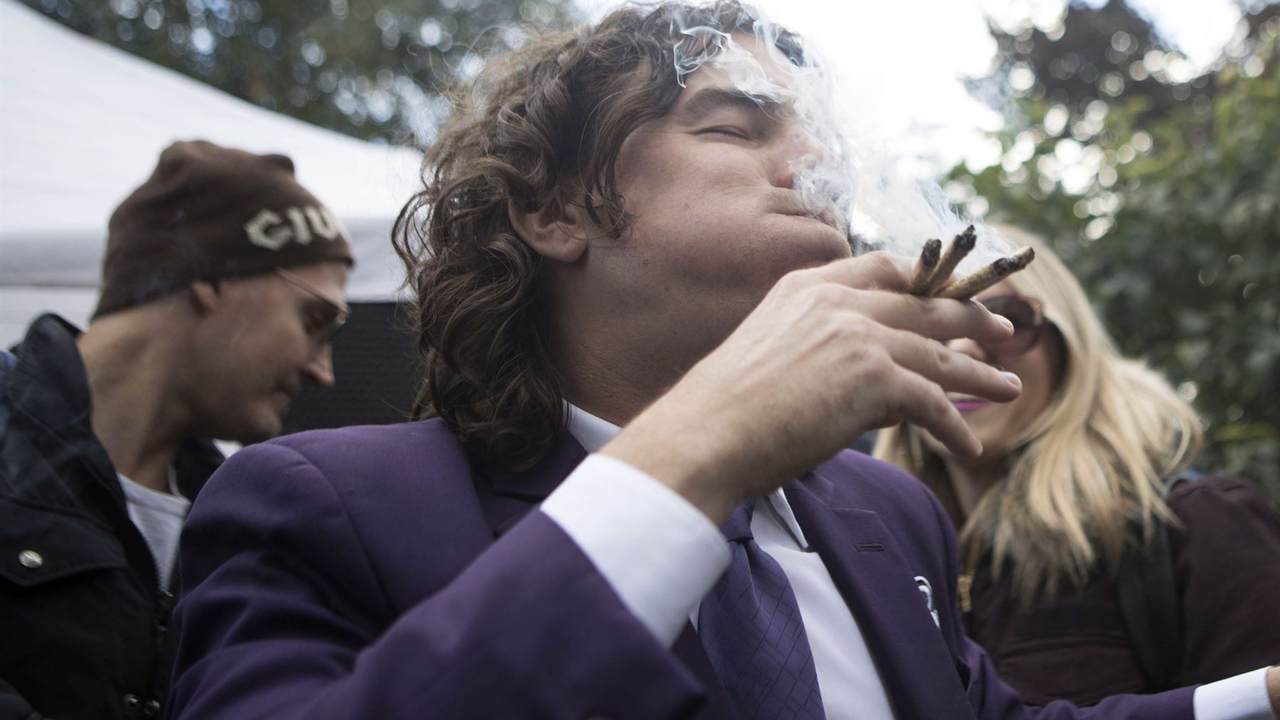 IL Legalizes Marijuana, But Gun Owners May Not Want To Light Up Just Yet