Don’t Make it About Barack Obama

I have to agree with Ben Domenech from the Transom this morning. Republicans will lose if they try to make the IRS scandal about Barack Obama. We are not going to convince a majority of Americans who voted for him that they were wrong. We spent the last four years trying that.As Domenech noted this morning:

Here’s the hard thing Republicans have to do if they don’t want this crisis to go to waste: they have to ignore their id, the temptation of the sugar high of partisan point-scoring. They must willfully set aside Obama’s presence in the fray, leaving the short term personalized attacks on the table, and go after the much bigger prize. Obama isn’t running for office again. Liberalism is. Making this about him is a short term boost to the pleasure center of the conservative brain. Making this about the inherent falsehood of the progressive project will help conservatism win.

(Have you not subscribed yet?)This is about big government. This is about a government big enough to give you everything is big enough to take it all away.”Government is not reason; it is not eloquent; it is force. Like fire, it is a dangerous servant and a fearful master.” George Washington said that. The GOP should remember it. The talking points the GOP uses, the press conferences the GOP holds, the ads the GOP runs — all of them need to be directed at the idea of government being the problem. It has moved outside the scope of reasonable reasonability into the micromanagement of our lives.But — and this is the most important part — Republicans must remember that the problem is not Democrats in charge of government, but government itself. The argument falls flat if Republicans revert to “big government conservative” arguments of “put us in charge” and we’ll do better with the same. No they won’t.Government is the problem. The vastness, complexity, and nefarious encroachment into our personal lives should be fought, not just blamed on the other side. Once we have actual evidence that the White House was involved, then the story can shift. For now, this is big government out of control, which is what the Democrats — not just Obama — want.

Adorable That A.O.C. Thinks Crops Are Ruined in New York Because of a Warm Day. 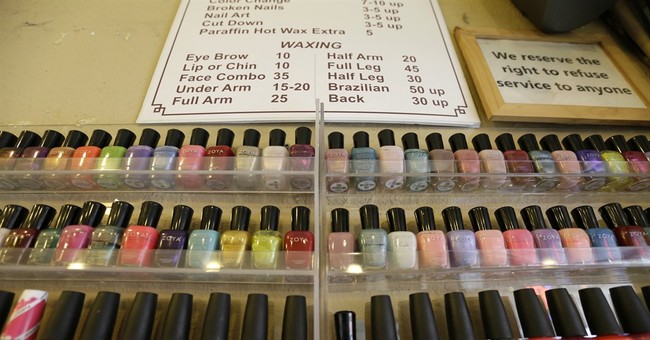