I once had a person leave a message on my home answering machine telling me how he was going to come to my house, tie me up, cut off my eye lids, and force me to watch as he raped and murdered my family.Another person once emailed a very similar tale.One time after I’d made a bunch of liberals mad while I was out of town, someone pulled into our driveway in the dead of night and just sat there after having circled past the house a few times. The police had to stay overnight in the cul-de-sac.Memorial Day weekend last year someone called 911 claiming to be me. He said he, meaning me, had killed my wife and would kill the neighbors unless the police came to stop me. The police rolled into the driveway, blocked the street, and had me surrounded to figure out what happened. Luckily the police officer who saw me first recognized me from television.More than once in the past two years, standing on a street corner in Washington waiting for a cab, liberals have recognized me and yelled or otherwise harassed me for destroying the country. Now I just use Uber.At my old house, the neighbor, who’d been a great neighbor for eight years until he saw Keith Olbermann name me the worst person in the world or some such, began heckling me and my kids when we’d play in the front yard.People ask me all the time if I fear the people who do these things. My answer is always no. I feel sorry for people so wrapped up in politics they have to make a jackass of themselves on a street corner to someone they don’t know or show up in a drive way to look menacing. I certainly worry for my family when I’m out of town. But I don’t fear these people. I feel sorry for them.Let me tell you what I do fear.I fear that because of these people, their hatred for me, and the world’s hatred for God Almighty, that my children might decide it is a far better path through life to find an accommodation with the world than have the world hate them because of either of their Fathers — the one here or the one in Heaven.I fear my kids might decide to go along to get along. The Bible says, and history bears it out, that the world hates those of God because the world hates God. I fear my children, though, may decide they love the world more than God because it is easier to get through this world doing that.It is not easy for my family. My wife sometimes gets asked questions or mouthed off to by people who would not do that to me. The kids pick up on more than we realize. We are occasionally stopped in public by people who recognize me.This is my fear. This is why I write checks to my church. Yes, God says tithe, but I write the check as much because our church is a safe haven from the world — a place where my kids can go and worship and learn to love God apart from the world — to love him as he is meant to be loved and to be surrounded by others willing to love God.So that’s my fear. And I dwell on this fear when I read my friend Russell Moore’s commentary about evangelicals in politics. Russell’s position has been mischaracterized and he does a good job of explaining his actual position.I agree with him.Evangelicals have, over the past few decades, gotten involved in the rough and tumble world of politics sometimes too politically and sometimes exploitatively. Some of the fights — like abortion and gay marriage — they’ve been forced to fight and were not fights of their choosing despite the world’s spin. Other fights they’ve willingly jumped in. Occasionally, some Christians have profited from the fight with no accountability and others have used evangelicals as a means to a profitable secular end with the evangelical community turning a blind eye.This has driven up the cynicism of young Christians already being wooed by a world that cleverly casts out Christian sinners as hypocrites, helping undermine trust.Young Christians are breaking into two camps it seems. One camp wants to retreat from the world and the other wants to retreat into the world. Neither is a good position, but being in the world and not of the world can sometimes be difficult to grasp.I want my children to be faithful instruments of God’s will and to glorify him in all they do. I want that of myself. I want that of evangelicals and Christians in general. I’m not sure young evangelicals just starting to tune in know where the balance is. They know Christ is the fulcrum, but are unsure of the effort and resistance needed to ensure they’re lifting God up in their fight.They also do not understand that on a host of social issues they’d prefer to seek accommodation with, they will be made to care. And this comes back to my fear. It will take boldness not just from Christian parents, but from Christian leaders, to train up young Christians to love sinners, but to be bold enough in that love to not seek accommodation of this world and its sin.It will take a steady ministry in and out of politics to teach the world and young Christians what true love is — a love that is patient and kind and does not judge, but does not want others to lose salvation through blind acceptance of sin.The path of least resistance in this world will lead to much suffering in the next and too many young Christians are choosing that path because a lot of voices are complicating a very simple message — Jesus. One way or the other, we will all be made to care.

POSTING RULES  | LOGIN TO COMMENT  |  REGISTER TODAY
Tags: Faith You Will Be Made to Care 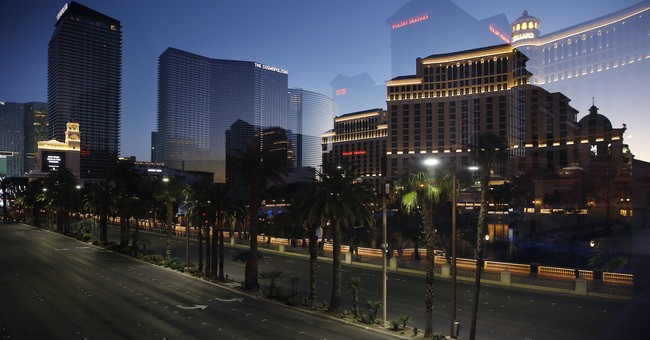