Rick Perry’s Guide to Getting Back in the Race

Rick Perry running out of money is not fatal to his chances for 2016. It happened to [mc_name name=’Sen. John McCain (R-AZ)’ chamber=’senate’ mcid=’M000303′ ] in 2007, prior to him accepting the GOP’s Presidential nomination in 2008. It happened to Newt Gingrich in 2011, prior to beating Mitt Romney in South Carolina in 2012. But both of those men had to tinker with their message. Rick Perry needs to do the same.

I would submit that Perry, having taken on Frankenstein’s monster in the form of Donald Trump, now needs to take on Dr. Frankenstein — that is the Washington Republican elite. They created Donald Trump the candidate. The people who are attracted to Donald Trump are patriots pissed off not at Obama, but at Republicans who’ve refused to fight Obama and broken just about every promise they made to get into power.

Rick Perry needs to take on Boehner and McConnell and the Washington Republican political elite. He needs to take them on directly.

Carly Fiorina has already hinted that she knows she needs to go in this direction. Just yesterday, Fiorina hinted that Boehner and McConnell need to go. Rick Perry should not hint it, he should say it. 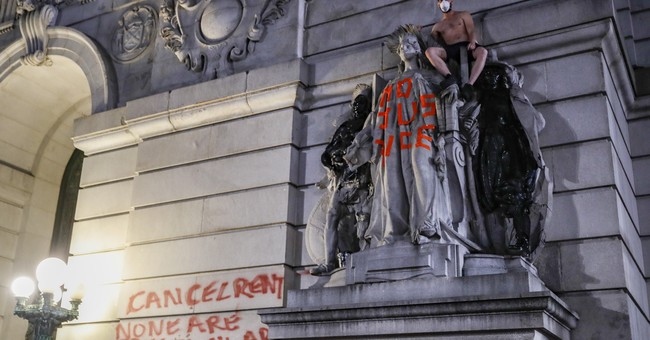 Donald Trump is at the center of the debate stage not because of his policy positions, but because he is the present vehicle for a disaffected base to signal their repudiation of the Washington Republican elite. Trump is a symptom and Perry needs to go after the cause.

Most importantly, Rick Perry needs to make the case that Republicans have failed to lead and continually broken their promises. He should call out Boehner and McConnell. Then he can point to his record in Texas to show he kept his promises, he reduced government, and he made government as inconsequential as possible to the lives of Americans.

If Donald Trump and Carly Fiorina can do this, surely the longest serving Governor in Texas can do it with even more credibility.

Or, he can stay on the sidelines. I realize it is tough call for his political advisors. They look at the DC crowd and think they may have to work with these guys and do not want them as enemies. They should be reminded of Reagan’s “boys from California” in 1980 who waged an unrelenting war against Carter and the Republican establishment. That establishment lined up against Reagan in 1980 and the voters decided they liked Reagan better than Howard Baker.

This is Perry’s only path forward. He just needs the will to do it.