What Did Margaret Sanger Think about Abortion?

Yesterday, January 22nd, 2013, is the anniversary of a date that should live in infamy. It was the 40th anniversary of the Roe v. Wade decision that legalized abortion throughout the United States.

At the forefront of the pro-abortion movement stands Planned Parenthood. Margaret Sanger, the organization’s founder, has a reputation as both a racist and eugenicist, but her words on abortion might surprise people. Take a look at some of her writings:

From Chapter II of her 1920 book Woman and the New Race, she states the following:

So, too, with woman’s struggle for emancipation. Women in all lands and all ages have instinctively desired family limitation. Usually this desire has been laid to economic pressure. Frequently the pressure has existed, but the driving force behind woman’s aspiration toward freedom has lain deeper. It has asserted itself among the rich and among the poor, among the intelligent and the unintelligent. It has been manifested in such horrors as infanticide, child abandonment and abortion.

From Chapter X of the same:

While there are cases where even the law recognizes an abortion as justifiable if recommended by a physician, I assert that the hundreds of thousands of abortions performed in America each year are a disgrace to civilization.

She doesn’t stop there, though. In a speech to the Sixth International Neo-Malthusian and Birth Control Conference, she said the following:

Human society must protect its children–yes, but prenatal care is most essential! The child-to-be, as yet not called into being, has rights no less imperative.

In 1930, Pope Pius XII wrote his encyclical Castii Connubii, which reaffirmed the Roman Catholic Church’s prohibition of abortion. In 1931, Sanger wrote this in her response to the encyclical:

Birth Control Does Not Mean Abortion
“The real alternative to birth control is abortion,” wrote Dean Inge, in his article already quoted. It is an alternative that I cannot too strongly condemn. Although abortion may be resorted to in order to save the life of the mother, the practice of it merely for limitation of offspring is dangerous and vicious. I bring up the subject here only because some ill-informed persons have the notion that when we speak of birth control we include abortion as a method. We certainly do not. Abortion destroys the already fertilized ovum or the embryo; contraception, as I have carefully explained, prevents the fertilizing of the ovum by keeping the male cells away. Thus it prevents the beginning of life.

In her 1938 autobiography, Sanger says the following on page 217:

Now, as I said before, Sanger has a reputation as a racist and eugenicist, particularly among the pro-life movement. Such an assessment of her beliefs is definitely accurate, and this video from the American Life League explains this very well.

Nevertheless, it is important to point out what she didn’t advocate, and that was abortion. This review of four different books on Sanger from Dave Tell at the Weekly Standard, published at Roe’s 30th anniversary, offers the best assessment of her beliefs, with the most important part for this post being:

One final misconception about Mrs. Sanger must also be addressed, it seems, and in this case the truth will terribly inconvenience the propaganda efforts all around. It is not right, pace Planned Parenthood, that Margaret Sanger declined to advocate abortion on grounds that it was then a dangerous and illegal surgery. “There are cases where even the law recognizes an abortion as justifiable if recommended by a physician,” she wrote in 1920, and “we know that abortion, when performed by skilled hands, under right conditions, brings almost no danger to the life of the patient.” On the evidence in “The Woman Rebel,” the real reason Sanger declined to advocate abortion, notwithstanding the law’s flexibility and what she took to be the procedure’s safety, is that abortion appalled her.

She turned women seeking abortions away from her clinics: “I do not approve of abortion.” She called it “sordid,” “abhorrent,” “terrible,” “barbaric,” a “horror.” She called abortionists “blood-sucking men with MD after their names who perform operations for the price of so-and-so.” She called the results of abortion “an outrageous slaughter,” “infanticide,” “foeticide,” and “the killing of babies.” And Margaret Sanger, who knew a thing or two about contraception, said that birth control “has nothing to do with abortion, it has nothing to do with interfering with or disturbing life after conception has taken place.” Birth control stands alone: “It is the first, last, and final step we all are to take to have real human emancipation.”

Now, I am not trying to make Margaret Sanger out to be a forgotten saint for the pro-life movement, and there are many out there who might disagree with her on even contraception. Nevertheless, she did not condone abortion, and it appears she was even revolted by the procedure. In fact, Planned Parenthood itself did not offer abortions until the mid-to-late 1960s, once she had died.

So, for all of Margaret Sanger’s many issues and flaws, even she appears to have had some sort of standards. Oh, About That IG ‘Wrongfully’ Fired by Mike Pompeo; Turns out Dems May Want to Hold Their Fire 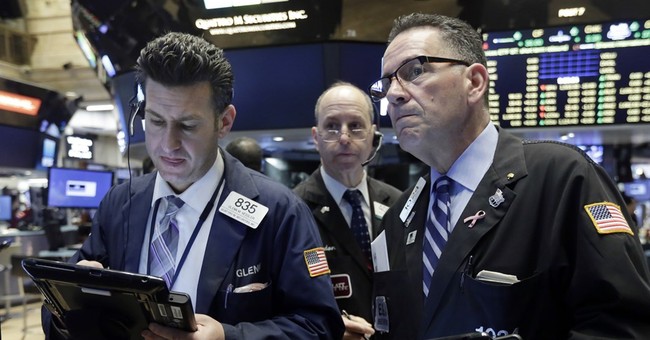 An Ugly Gun You Can Love: A Review of the XD-45 Compact