That cartoon certainly represents the truth as it relates to Trump supporters. Sounds harsh? Too bad. For people that have gone around bellowing how sick and tired they are of politicians “lying” to them, they don’t seem to have cared Donald Trump has been lying to their faces for close to a year now.

As Trump inches closer to the GOP nomination, he has over time, begun the process of reversing himself on issue after issue that drove 38% of primary voters to support him in the primaries. Since he started winning primary contests he has reversed himself on issues such as his ban on Muslims, allowing Syrian refugees into the country, visas for high-skilled workers, sending troops to fight ISIS and more.

Many conservatives warned that Trump’s newly discovered pro-life view was a facade and that he was using it to curry favor with evangelical voters. Sure enough, as Sara pointed out yesterday, Trump is already talking about changing the GOP platform on abortion to be less restrictive. This idiot cannot even keep his views on abortion straight. Several weeks ago he was arguing that women who get abortions, should be it be illegal, ought to be charged with a crime. This is what happens when you’ve never ever actually  given serious thought to the subject. Yet his supporters are still there with him.

How about the issue of grown men who “identify” as women using women’s bathrooms? Trump is all for it. Same evangelicals, particularly from the south who helped Trump immensely are sitting there saying, “I don’t want some tranny fag using the woman’s room” while sporting a ‘Make America Great Again’ trucker’s cap.

As a transplanted northerner and somebody who loves the South, I can honestly say this primary season became the first time since I’ve lived below the Mason-Dixon Line that I’ve been embarrassed to live in the region. It only makes me want to pack my bags and move to Texas.

A. He cannot keep, as he doesn’t have the authority to do what he wants to do (e.g. socking China with tariffs)

B. Would harm the economy in a major way

With such promises, he is reaching out to a demographic of people who are angry as they feel they are being left behind by the economy. Rather than tell the truth and say to people it’s time to work at being competitive in the new economy, he chooses instead to offer empty promises. The United States of America is no longer going to have widget factories. Manufacturing is flourishing in the United States but it is not the same as it was in the 50’s, 60’s and 70’s.

What does that leave? The wall Trump claims he is going to build and force Mexico to pay for? That’s a laugh. When he promises that garbage, he mentions trade deficits and says “We’re losing ______ billion to Mexico every year.” It’s a foolish thing for him to say because the United States is not cutting a check to the Mexican government every year. Despite the trade deficit we have with Mexico, the benefit to the US economy is worth far more than any trade deficit we have.

I have to offer some measure of congratulations to Trump. Never before in the entire time I’ve followed politics have I seen somebody this close to the nomination for President despite having almost zero coherent and realistic policy ideas and a constant stream of political bullshit. Hillary Clinton and Bernie Sanders may be left wing loons, but at least they are spelling out what they want to do and with some details.

Some people will argue, “Jay, you shouldn’t talk like this about Trump supporters. We may need them if Cruz gets the nomination.” I don’t want them. I am happy to see them scurry back under whatever rock it is they crawled out from under. They’ve managed to turn this whole thing into such a joke that people like Bill Maher is saying he’d rather have Ted Cruz in office than F**face Von Clownstick.

Trump may very well win the GOP nomination and the only good that will come of it will be the rebirth of the conservative movement. Yuval Levin had a great article in the Wall Street Journal entitled, ‘The Next Conservative Movement’. The article was adapted from his forthcoming book, ‘The Fractured Republic: Renewing America’s Social Contract in the Age of Individualism.’ He concludes:

For the right, Mr. Trump marks the disastrous end of an era. But beyond the crisis that he embodies beckons the prospect of a revitalized conservatism and a revitalized America.

Read the whole thing as it is well worth. It allows for a renewed sense of optimism. Real optimism. Not the garbage that Trump is peddling.

We may very well have to suffer through a Trump nomination and a humiliating loss before we can rebuild. Thank you Trump supporters. On one hand, you’re going to help make President Hillary Clinton a reality because of your injudiciousness, but on the other, it will allow the conservative movement to find itself once again and ridding it once and for all of frauds like Donald J. Trump. 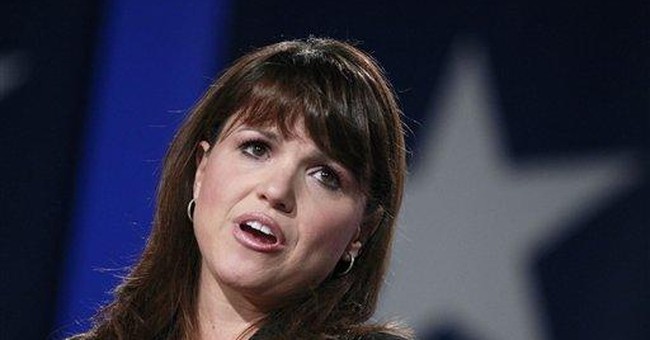