Trump’s Interview With Jake Tapper Is A Rambling Disaster (VIDEO)

There really has to be something wrong, mentally, with Donald Trump. In a rambling interview with Jake Tapper, the bulk of the time was spent with Tapper, trying in vain to get Trump to answer a specific question.

The entire time, Trump was rattling off the same things over and over again. Rubio repeated himself a few times during a debate and everybody was ready to declare him unfit for office. This interview with Jake Tapper shows that Trump either has no idea what he is talking about or can’t think through what he says.

The interview is about seven minutes long but it is worth watching just to see how absurd it is. Note this is only part of the interview. The entire crap-fest can be seen on Sunday.

The most absurd part is when Jake attempted to question Trump about his attacks on U.S. District Court Judge Gonzalo Curiel and his Mexican heritage, claiming he is out to get Trump because of Trump’s promise to build his mythical wall between the United States and Mexico. It should be noted that Curiel was once a federal prosecutor and went after a Mexican drug cartel. In doing so, Curiel became a target for assassination so I am certain he is not all that concerned about Donald Trump’s idiotic complaints.

Still, during just this portion of the interview Trump said “building a wall” nine times. In seven instances he referenced how he was being treated “unfairly” or “not fair.” Look at this one exchange:

TRUMP: I’ll tell you what it has to do. I’ve had ruling after ruling after ruling that’s been bad rulings, OK? I’ve been treated very unfairly. Before him, we had another judge. If that judge was still there, this case would have been over two years ago.

TAPPER: So, no Mexican judge could ever be involved in a case that involves you?

TAPPER: Except that you’re calling into question his heritage.

TRUMP: I think he should recuse himself.

TAPPER: You’re invoking his race talking about whether or not he can do his job.

TAPPER: But he’s an American.

TRUMP: He’s of Mexican heritage and he’s very proud of it, as I am where I come from, my parents.

A minute or two later, Trump finally answered what Tapper wanted answered which was whether Trump agreed that attacking the judge over his race was indeed racism. Trump said, “No.” It was followed by this:

TRUMP: No. He’s proud of his heritage. I respect him for that.

TAPPER: But you’re saying you can’t do his job because of that.

The answer is, he is giving us very unfair rulings, rulings that people can’t even believe. This case should have ended years ago in summary judgment. The best lawyers I have spoken to so many lawyers, they said, this is not a case. This is a case that should have ended.

TRUMP: This judge is giving us unfair rulings. Now, I say why? Well, I’m building a wall, OK? And it’s a wall between Mexico. Not another country.

People actually want this man to be President of the United States? Seriously, who talks like that? Can you imagine him sitting across from world leaders?

What Jerry Nadler Says About Antifa Violence Is Pure Fantasyland, He Gets Leveled but Good by the Facts 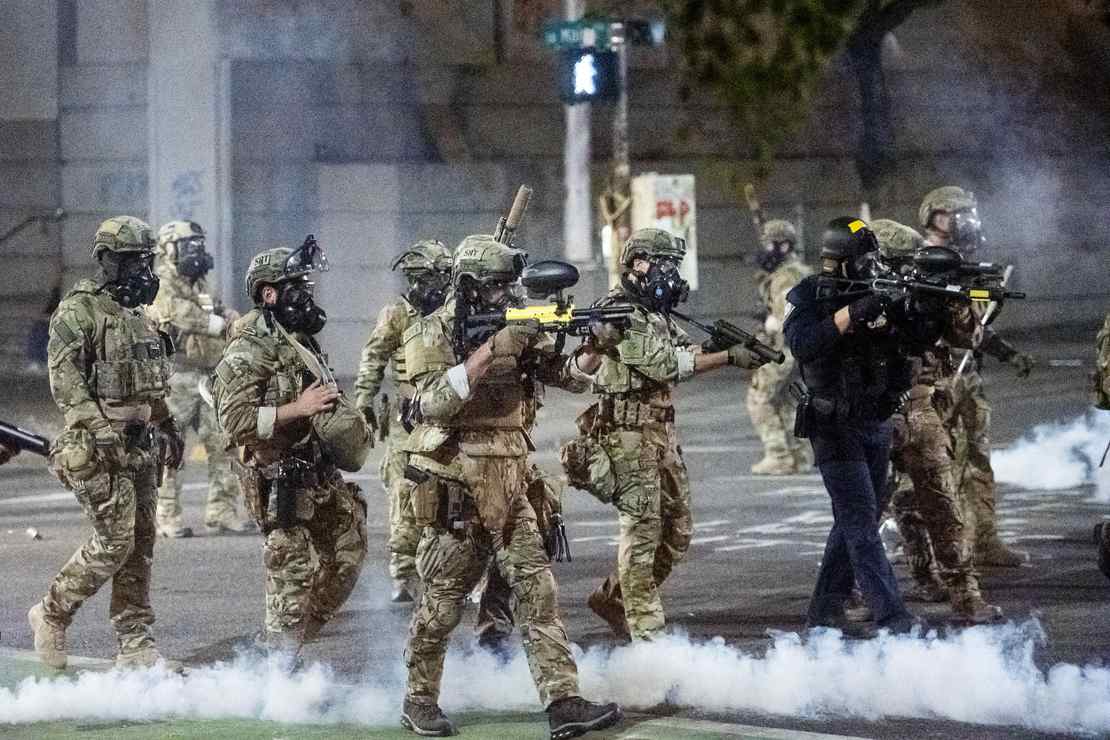 Judge: Feds in Portland Don't Have to Identify Themselves When Arresting Suspects