Classy Madonna At Women’s March: ‘F*ck you’ To Detractors; Tells The President To ‘S**k a d**k’

As I wrote earlier, the Women’s March on Washington has nothing do with “rights,” or anything to do with any of the issues these people laid out as the reason they decided to traipse around our nation’s capital.

My take is, it’s grandstanding for political purposes. And for organizations to suck up for donations.

Whenever left-wing showboating activism is going on, there are celebrities willing to make fool’s of themselves in the process so they can pretend they associate with the commoners. Once they are done, and the lowly serfs are trying to squeeze into a Metro train, the jet-set are getting in their private jets to be whisked back to their multi-million dollar dwellings. 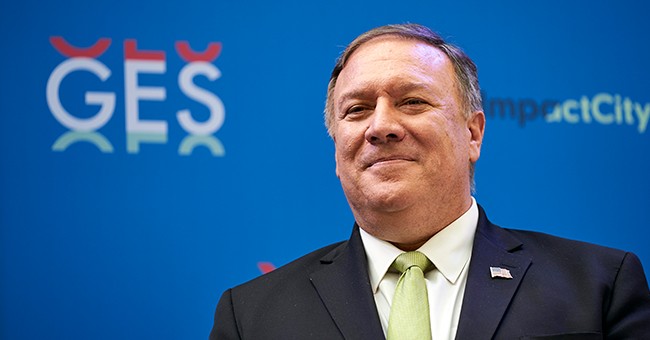 Madonna was there, and she showed herself to be the picture of class by making a speech. She also performed. It takes about 30 seconds to watch this, but watch as she engages in non-civil discourse by cursing at those who don’t agree with the protesters and what she says to the President of The United States:

This is what the country can expect for at east four years. Spittle-fleck rage from liberals who cannot stand the fact that they lost.

Good luck with that Sanders/Warren ticket in 2020.

NYT's Maggie Haberman: Joe Biden picked the one who dinged him hardest, which voters know is something President Trump would never do