The Sad State of Some on the Right: Seth Rich Edition

In 1994, I worked in New York City at Cargill. The privately owned corporation trades in commodities. I was there for a little over four years. I was one of the few conservatives at the company. I worked with a great group of people who were mostly Democrats, but we discussed politics without the acrimony it often brings.

On November 9, I went into work, thrilled knowing there was a GOP majority about to take over Congress for the first time in 40 years. This guy Brian (I cannot recall his last name) that worked in another department was another conservative there and not afraid to share his opinions. He walked in, and I heard somebody ask him, “So how about those elections?” Brian loudly said, “Yes! The Republicans! Finally!”

It was a great feeling. The best part was, Republicans promised to advance a slew of legislation in the first 100 days of Congress. It was called ‘The Contract With America.” Conservatives understandably knew there were difficulties in the Senate and that President Clinton would likely veto some of the legislation. The point is, they made promises and set out to keep them.

It was a simpler time. The internet was in its infancy. The only 24 hours News channel was CNN. Talk radio was the only outlet available to conservatives to get a take on the news that didn’t slant to the left. Things changed drastically over the next 15 years. The internet exploded. Fox News and MSNBC launched. Blogs were the first form of social media, and they took off after the 9/11 attacks. Then came YouTube, and Twitter and Facebook. By 2008, the entire landscape of how people consumed their news had changed.

It, unfortunately, brought about the worst elements of the conservative movement, allowing them more prominence than ever before. There were more than enough conspiracies floated about Bill Clinton in the 1990’s that went beyond the Lewinsky scandal. The death of Vince Foster kept people going for years. Such was the same about George H.W. Bush. People on the left don’t like to be reminded of the Bush/CIA/crack conspiracy they floated (people said Bush and the CIA purposely introduced crack cocaine to the inner-cities) but the nonsense never amounted to much.

When Barack Obama launched his presidential campaign, it gave rise to one of the more pathetic conspiracies floated by conservatives: the birther movement. People can claim Hillary Clinton’s campaign started it all, and that may be true but so many in the conservative movement took it and ran with it. Three years after Barack Obama’s historic election, the conspiracy didn’t die off. It was resurrected and given new life by a man who would one day be President, Donald Trump.

Republicans vying for the nomination for 2012 were afraid Donald Trump might jump into the race and instead of telling him to take his birther conspiracies and donations to Democrats back to Trump Tower, what did they do? Nothing. In fact, Mitt Romney, after securing the GOP nomination went to a fundraiser hosted by Donald Trump in May of 2012 and said he didn’t care that Trump was a birther. At the time, George Will said the following:

“What voter is going to vote for him because he’s seen with Donald Trump?” conservative commentator George Will said Sunday during an appearance on ABC’s This Week. “The cost of appearing with this bloviating ignoramus is obvious, it seems to me. Donald Trump is redundant evidence that if your net worth is high enough, your IQ can be very low, and you can still intrude into American politics.”

Four years later, the nomination of the bloviating ignoramus drove George Will to leave the Republican Party.

Unfortunately, nothing has improved. People can shout “Neil Gorsuch!” at me all day, but it doesn’t change that nearly five months into his Presidency, Donald Trump hasn’t signed a single significant piece of legislation. Republicans aren’t talking about health care or tax reform because they’re questioned only on the latest childish outburst from the Commander-in-Chief.

Prominent Republicans and conservative media types are not helping matters. Sean Hannity’s foray into the Seth Rich conspiracy theory is an utter embarrassment, not only to conservatives but also to many of Hannity’s co-workers who do good work. People like Bret Baier, James Rosen, Dana Perino and Greg Gutfeld shouldn’t have their images tarnished because Hannity wants to traffic in rubbish.

Newt Gingrich, who led that GOP takeover of Congress, also pushed the conspiracy. I remember Gingrich, in 1995, strolling to the podium in the House (a rare event for the House Speaker) with a large dictionary. He opened it and read the definition of the word “sophistry,” taking direct aim at Democrats who were caterwauling about GOP legislation. It was a proud, funny moment.

Now he was on Fox and Friends floating the kind of garbage story one expects to see coming from idiots such as Alex Jones and Paul Joseph Watson on InfoWars. But no. Here was the former Speaker of The House and a mainstream 2012 GOP presidential candidate on television, discussing an already debunked conspiracy theory on the Fox News Channel.

It is pathetic that it took the constant pleading of Seth Rich’s mother, father, and brother for Hannity to stop (for now) talking about the subject. On Twitter, so-called conservatives yelled at me because I don’t want “justice” for Seth Rich. Donald Trump can’t stop making mistakes, and the GOP agenda is nowhere to be found because GOP leaders in Congress are acting like everything is business as usual.

I think Seth Mandel summed it best on Twitter, yesterday:

Unfortunately, the Trump era of the GOP is upon us. The question is when it all comes crashing down, will people wake up and return to normalcy? Or will they push the party further to the fringe?

The clock is ticking. 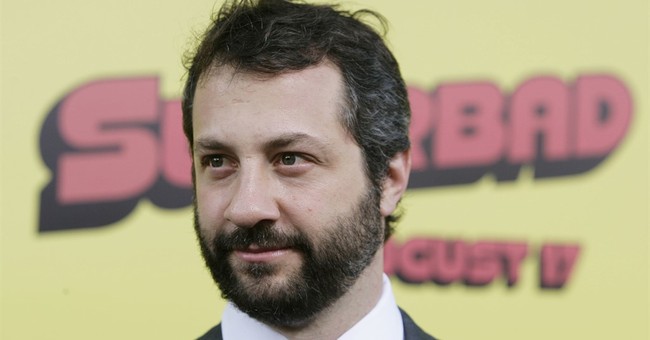