It’s easy to assume the Wall Street Journal, a publication whose editorial page defines, for the most part, mainstream conservatism, to be part of the “establishment” media that takes an anti-Trump point-of-view. The reality is, the editorial page of the WSJ takes a very pro-Trump stance and has since the inauguration.

There have been rare exceptions, but the criticism is often tepid. In their latest editorial though, they take aim at President Trump with both barrels. In the wake of President Trump’s tweets directed at London Mayor Sadiq Khan and undercutting the Justice Department, they write:

Some people with a propensity for self-destructive behavior can’t seem to help themselves, President Trump apparently among them. Over the weekend and into Monday he indulged in another cycle of Twitter outbursts and pointless personal feuding that may damage his agenda and the powers of the Presidency.

Mr. Trump first expressed solidarity with the British people after the London terror attack, before managing to convert the mass murder into a referendum on his favorite subject, Donald J. Trump. He assailed London Mayor Sadiq Khan for supposedly minimizing the threat, though what Mr. Khan said was that there was no reason to be alarmed by an enlarged police presence after the rampage. “Pathetic excuse,” Mr. Trump called it.

On his tweets about the travel ban and the Justice Department:

These comments are reckless on multiple levels. The original blunderbuss order was rolled out on the Friday night of Mr. Trump’s first week as President with zero public explanation and little internal vetting. White House staffers from the Steve Bannon wing preferred the stun-grenade approach, but Mr. Trump’s legal team convinced him to sign a legally bulletproof revision in March because they preferred to win in court.

It appears even the Wall Street Journal can only take so much nonsense from the President when he lets the tweets fly. Hard-core Trump supporters defended the President’s tweets while people like Kellyanne Conway said people are “obsessing” over them (of course, she once said it was his way of speaking “directly” to the people). The reality is, it’s his favored platform. He doesn’t have to use Twitter to express his thoughts, but he does. 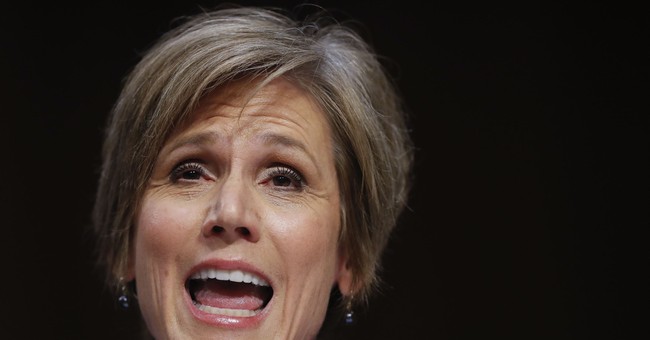 The WSJ was having none of it:

If this pattern continues, Mr. Trump may find himself running an Administration with no one but his family and the Breitbart staff. People of talent and integrity won’t work for a boss who undermines them in public without thinking about the consequences. And whatever happened to the buck stops here?

In other words, in 140-character increments, Mr. Trump diminished his own standing by causing a minor international incident, demonstrated that the loyalty he demands of the people who work for him isn’t reciprocal, set back his policy goals and wasted time that he could have devoted to health care, tax reform or “infrastructure week.” Mark it all down as further evidence that the most effective opponent of the Trump Presidency is Donald J. Trump.

It’s an argument many people make every day and have been since the night Trump won the election. Critics (yours truly included) say Trump gets himself into trouble every time he picks up his phone. An event will take place that puts him in a good light, and he blows it up within days by tweeting something absurd. As I wrote this past weekend, hardcore Trump supporters love it because it makes liberals angry.

When will Trump’s core supporters do the same?