Trump Defenders Have to Decide: Is He a 3D Chess Player? Or an Ignoramus?

When you want a good laugh, always look to the staunchest of Trump defenders who laughably claim his foolhardiness is the work of a devious genius who always sees the moves ahead before doing something.

I say it’s laughable because Trump is an impetuous person who never thinks before he says something. It’s the reason he gets caught telling lies. He cannot help himself and just makes stuff up as he’s speaking. He never stops to consider his words or the ramifications they have. He just goes with the flow and doesn’t care about the consequences. What’s worse is he has a bunch of toadies willing to accept his word and look for ways to prove he’s “right.” Every ridiculous political move, every moment he trips himself up and his fawning supporters greet every lie as a genius move designed to trip up his political opponents.

But that changed when James Comey testified to the meetings and conversations he had with Donald Trump between January and April. There isn’t a single person who can defend Trump’s behavior on the merits. The FBI is an independent law enforcement agency within the government. There is a chain of command of course, but their mission is one that is completely above politics. The image of the President of The United States wining and dining the Director of The FBI like he’s pining for the affections of a woman is completely inappropriate. And that’s before Trump said he expected Comey to be loyal to him.

But lo and behold, when it came time to explain this snafu away, Trump defenders took a different tack. Instead of Trump the genius who could defeat the political equivalent of Garry Kasparov with his super-duper chess moves, they retreated into saying Trump just isn’t up on all this DC protocol.

“He’s not a politician! How was he supposed to know that meeting like that with Comey wasn’t kosher?”

It was bad enough this excuse-making made the rounds on social media. It was worse when Paul Ryan, of all people, tried to lay that out as a valid excuse:

Speaker of the House Paul Ryan said President Trump is new to politics and may not have realized asking the director of the FBI for loyalty or to “let go” an investigation into a member of Trump’s administration was inappropriate.

Ryan made the comments as Comey testified before a Senate committee Thursday morning, during which Comey alleged that President Trump asked for a loyalty pledge and requested he help “lift the cloud” of the Russia probe.

Ryan — who said he had not been watching the hearings but had read a prepared statement from Comey — said it’s likely that Trump didn’t understand that what he was saying was inappropriate.

“The president’s new at this. He’s new to government. And so he probably wasn’t steeped in the long-running protocols that establish the relationships between the DOJ, FBI and White House is,” Ryan told reporters.

Ryan was asked why that is an acceptable excuse given that Trump has an entire communications staff and in-house legal counsel at his disposal.

“I’m not saying it’s an acceptable excuse, it’s just my observation,” said Ryan. “He’s new at government and therefore I think he’s learning as he goes.”

Whenever somebody starts off saying, “I am not saying ______,” and then goes on to say just that, it induces a head-shaking in the extreme.

Donald Trump is the one who said the job of being President is easy, but that “losers” were in control. He said he’d be ready on day one to run the country. That people are excusing his behavior five months into his presidency is embarrassing. If Trump had even the slightest curiosity on how to conduct himself as president, he’d have brought in people to teach him these protocols. Instead, he brushes off advice and flies by the seat of his pants, and the people blame the media for his poll numbers being in the toilet.

People cannot have it both ways. They need to decide which Donald Trump is president. The genius or the doofus.

Meltdown City: Dems Threaten To ‘Burn It Down’ After RBG News, One Drinks on Live TV After McConnell Statement 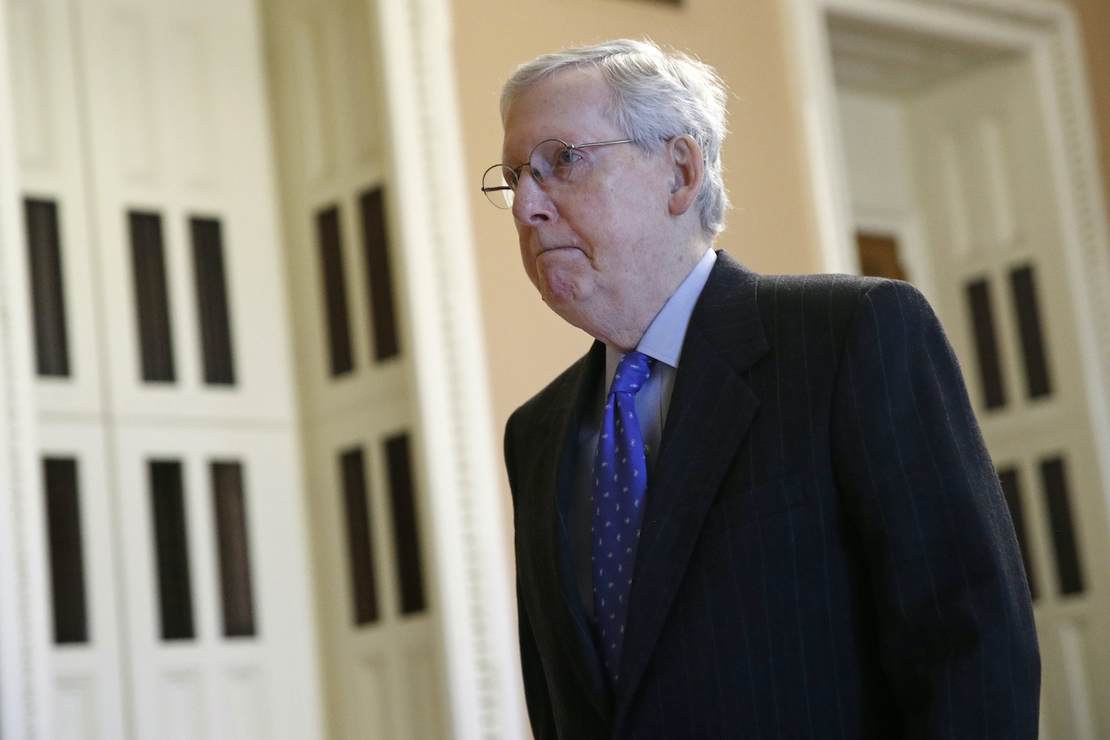