Nancy Pelosi is the Most Gullible Person Alive

Note by Jeff: As bk notes in the comments, you have to really take a few moments and consider this to properly appreciate it. This isn’t just garden-variety “duped by the establishment” gullibility – this is continuous and free admission that the president so many of them dubbed the “dumbest man alive” was so much smarter than them that he not only convinced them an alternate reality was true — he forced them to act on it (supposedly without ever questioning the veracity of that which was presented to them). That’s Guinness Book of World Records-level gullibility, there, and it’s a damned impressive feat — one which should without doubt disqualify Pelosi and her buddies from “leading” this country anywhere for any longer.

Speaker of the House (for now) Nancy Pelosi (Democrat-CA) stepped to the microphone this morning set the record straight once and for all on these pesky interrogation briefings.

Apparently, it’s all the CIA’s fault. They’re too good at hiding the truth from our naive Democratic leaders in Congress.

You see, according to Pelosi, back during the Dark Days of the Bush Administration (may their names be wiped from the record of history forever), the lies were flying so fast and furious at the residents of Capitol Hill that the poor Democratic caucus didn’t know what to do with itself — and the CIA, according to the Speaker, was in on the act.

“The CIA was misleading the Congress and at the same the administration was misleading the Congress on weapons of mass destruction!” Pelosi declared to the press this morning, implementing the Democrats’ Iraq strategy (“poor little us –we were being lied to and didn’t know it!”) in an attempt to shift blame from the person with whom the buck stops when it comes to House affairs — herself — and onto the first third party she could find.

Given this declaration of Pelosi’s, it appears we can, at long last, call off the search for the most gullible people in America. If they are to be believed, Ms. Pelosi and her fellow Congressional Democrats — professional politicians all — were being lied to by the entire establishment (apart, supposedly, from themselves), from the President to the foot soldiers in the intelligence community, for the last eight-plus years, and they were simply too earnest and gullible to realize it.

The fact that the supposed realization of that “deceit” came just at a time when holding their previous positions became politically unfavorable (when no WMDs were immediately found in Iraq, for example, or when information came out six years later about Pelosi’s complicity in our use of proven interrogation methods) is all, of course, a case of mere coincidence.

If the Democrats’ claims of innocence, as they were in the post-invasion Iraq debate, are to be based on their inability to tell when they are being “lied” to (and their inability to avoid acting on those supposed lies before actually doing a little homework on the subjects in question), I wonder what possible reason these Democrats can possible provide their constituents and the American people for why they should continue to be trusted with the leadership of this country.

At some point, the claims of gullibility have to ring just a bit hollow — or, on the other extreme, have to show the Democrats leading this Congress are simply unable to deal with the decision-making responsibilities that accompany being national leaders. 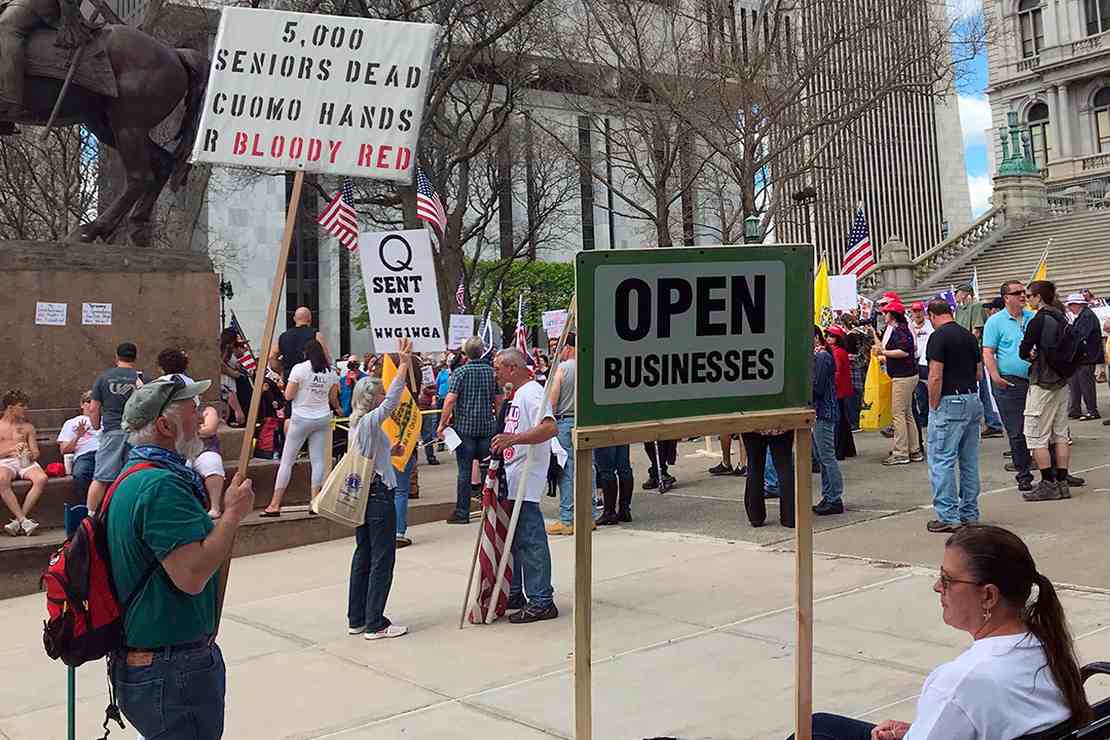 Federal Reserve of Atlanta Estimates Mind-Boggling Contraction of the Economy

Will Trump’s opposition to voting by mail end up costing him the election?