CAUTION: While this is intended as weekend entertainment, proper preparation includes grabbing an adult beverage of your choice, then reading while in a padded room (so you don’t bruise your head from banging it onto your desk or the wall repeatedly). Okay, ready?

After Susan Collins‘ very well-reasoned, but very lengthy, recitation of all of the reasons she decided to vote to confirm Brett Kavanaugh, the Twitter attorneys were out in force with some really dumb tweets.

One would think the Twitter attorneys were the only ones with really dumb takes, but one would be incorrect. The winner of the dumbest tweet award goes to an actual attorney…

I am troubled by Sen. Collins’ creation of a new *fictional* legal standard called “more likely than not” that she used, in part, to justify her vote for Kavanaugh yesterday. https://t.co/GUEUd1xwko

I thought she must be a layperson. Upon seeing the blue check, though, my curiosity was piqued. There is not a very high bar for intelligence on Twitter, but how can someone be that stupid? How can they not be curious enough to check their own fact before tweeting such stupidity? After clicking on her profile, it made more sense.

Yes, she’s an attorney – and a Yale graduate! But she attended law school in Florida, so hey, maybe she’s #FloridaMan’s legal counterpart (no offense to our own very intelligent Florida lawyer Sarah Rumpf, who really does know what she’s talking about). Katie Phang, a “legal contributor” at MSNBC and.. trial lawyer??

We all say dumb things from time to time, but usually, when corrected, we admit the error. To Phang’s credit, as of now she hasn’t deleted the tweet (though she got ratio’d). But, she doubled down on her ignorant statement.

Sen. John Cornyn (previously an associate justice on the Texas Supreme Court) decided to point out that “more likely than not” is the same as “preponderance of the evidence,” which is the legal standard in civil proceedings.

But that is the problem, isn’t it? This wasn’t a civil case and it wasn’t a criminal case and no Senator has ever articulated the standard to be applied. Is it now the “more likely than not” standard?

As Susan Collins said, there isn’t any legal standard to be applied here.

“Against this backdrop, it is up to each individual senator to decide what the Constitution’s advice-and-consent duty means. Informed by Alexander Hamilton’s Federalist 76, I have interpreted this to mean that the president has brought discretion to consider a nominee’s philosophy, whereas my duty as a Senator is to focus on the nominee’s qualifications as long as that nominee’s philosophy is within the mainstream of judicial thought.”

But, Cornyn indulged Phang, who seemed to be intent on forcing Senators to articulate some standard, as if each Supreme Court nominee will now be on “trial” before the Senate. (And make no mistake, that is what will happen each and every time until we thoroughly crush the leftists masquerading as Democrats.)

Make sense to me. Again, what standard would you apply? https://t.co/UaY2RMxRab

As Phang proves with her reply.

Well, who carries/carried the “burden of proof”? Dr. Ford? Judge Kavanaugh? I am not a fan of applying any standard. I think you either believe that he is fit to serve (substantively and ethically) or not.

The burden of proof for what? This is not a court proceeding. This is a process for the Senate to “advise and consent” to POTUS’ nominee. She is right, though, “you either believe that he is fit to serve (substantively and ethically) or not.”

Unfortunately, legal contributors holding court (SWIDT?) on Twitter or on the hallowed sets of MSNBC and CNN will misinform the American public about what a burden of proof is, which party bears it, what constitutes hearsay or corroborating evidence, and what the difference between preponderance of the evidence and beyond a reasonable doubt is.

One thing I learned from working in courtrooms for over a decade is that you can never tell what a jury is going to do, what piece of evidence is going to stick out to an individual juror or what teeny-tiny thing will convince them that a certain witness is credible or incredible. That’s part of the reason so many cases settle or plead. For any of these “experts” to place some kind of burden on the Senate Judiciary Committee or Brett Kavanaugh and then insist that they, who have not seen the FBI report, are the arbiters of credibility of witnesses and weight to be given to various pieces of evidence is absurd.

But not as absurd as their tweets. 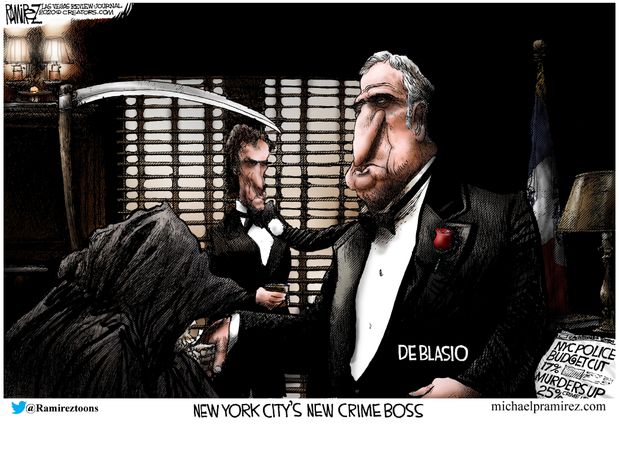 'I love this country': Here's a line-by-line takedown of Chris Cillizza's '28 most outrageous lines' from President Trump's speech