Alie Ward, who hosts a science podcast and is the host of CBS’ Innovation Nation, was in NYC shopping when she spotted what would soon become the object of her scorn. Her original tweet asked, “How can I get these plates from @Macys banned in all 50 states”? Shortly after, actress Jameela Jamil quote-tweeted Ward, saying, “F these plates,” effectively signing the plates’ death warrant.

How can I get these plates from @Macys banned in all 50 states pic.twitter.com/1spntAluVl

Hi, Alie — we appreciate you sharing this with us and agree that we missed the mark on this product. It will be removed from all STORY at Macy's locations.

“Hi, Alie – we appreciate you sharing this with us and agree that we missed the mark on this product. It will be removed from all STORY at Macy’s locations.”

But did it really miss the mark? Maybe we should be eating a little less. According to the latest map of Adult Obesity Rates compiled by the CDC, there’s not one state in which less than 20 percent of the adult population are obese.

It’s well-known that obesity is the underlying cause of numerous serious diseases, such as diabetes, high blood pressure, and heart disease. It’s also a huge economic drain on both the obese person and society as a whole:

“Obesity is one of the biggest drivers of preventable chronic diseases and healthcare costs in the United States. Currently, estimates for these costs range from $147 billion to nearly $210 billion per year. In addition, obesity is associated with job absenteeism, costing approximately $4.3 billion annually and with lower productivity while at work, costing employers $506 per obese worker per year.”

“Pourtions is intended to support healthy eating and drinking. Everyone who has appreciated Pourtions knows that it can be tough sometimes to be as mindful and moderate in our eating and drinking as we’d like, but that a gentle reminder can make a difference,” said [Pourtions’ president Mary] Cassidy.

“That was all we ever meant to encourage. We ourselves use our glasses and plates every day to help us take our own advice. We know this is serious business. We also believe a touch of humor can, for some, be just the right touch,” she said.

None of that matters to the “these plates are causing eating disorders” crowd, who want to love and accept the population into morbid obesity.

When asked by HuffPo for comment on the plates’ removal, Ward said:

“I wasn’t being literal at all in terms of a legal ‘ban.’” She added that she “just wanted to show the world how insidious beauty culture, and in this case one that shames women, can be. But I wanted Macy’s to know that what they carry and display matters, it can hurt people, and they’re accountable for it.”

What they carry can hurt people? Suppose it hurts someone (who isn’t this writer, promise) that they can’t afford all of the shoes and household goods they’d really, really like to have from Macy’s. They work hard and shouldn’t be taunted by capitalist largesse, right? Macy’s should just sweep that stuff right off of their shelves. Wrong!

Unfortunately, society is now rewarding the mindset that one shouldn’t have to be exposed to a product they don’t like or somehow offends them. Further, they’re rewarding the mindset that products some random, opinionated person on Twitter decides to drag shouldn’t exist, period. While we don’t have to care about everything we see online, there’s a lot to be said for pushing back against this intolerant and destructive mindset.

Fauxtrage Alert: Concern Trolls Try to Bust Forever 21 for Fat-Shaming, Get Hit With a Reality Check Instead 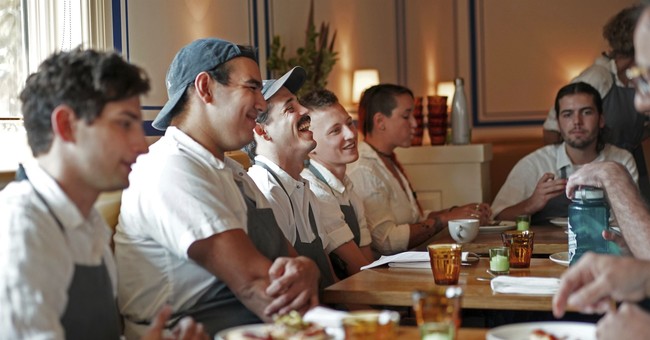 Add Alabama to the list of states now requiring masks

Hillary doubles down: Trump’s election victory was ‘illegitimate’, you know