When Adrianna San Marco arrived at Syracuse University in the fall of 2019 for her freshman year, she was stunned at the blatant anti-conservative bias he witnessed from her fellow students and professors. San Marco knew that most college campuses aren’t bastions of free thought or tolerance of conservative viewpoints and that Syracuse had denied Young Americans for Freedom permission to establish an official chapter on campus in February 2019, but still thought they might try a little harder to hide the overtly political targeting.

A political science major, San Marco is also interested in political journalism and commentary. She became a conservative columnist for the student newspaper, The Daily Orange, and also wrote for Lifezette and Law Enforcement Daily. In the midst of the Black Lives Matter protests, on June 5, she penned an op-ed at Lifezette titled: “Why Institutional Racism is a Myth.” Her piece cited numerous studies and wasn’t emotion-based, so, predictably, leftist heads exploded – especially the ones at Syracuse University.

She was summarily dismissed from her position at The Daily Orange, the editor-in-chief explaining:

“The Daily Orange removed a columnist because she wrote an op-ed in another publication arguing that institutional racism doesn’t exist. Racism is real and deadly. Dismissing that is harmful to our community members of color.

Who we give a platform to reflects our values. The D.O. has published dozens of columns and letters to the editor from liberal and conservative writers alike. We aren’t afraid of controversial views, but we have a responsibility to avoid promoting harmful ones.

If you disagree with our decision, feel free to reach out. Message us, send an email, write a letter to the editor. We’re listening.”

San Marco didn’t argue that racism didn’t exist, and she didn’t stereotype black people as criminals; the editor-in-chief seems to have a problem with reading comprehension.

In addition to losing her position with the paper, San Marco has been subjected to hundreds of threats, including from Syracuse students. Here’s a selection of threats San Marco received on social media from students:

“Hope the same is said to you when you get a bullet in the head for being racist”?

Adrianna reported all of the threats to the campus police, who essentially contacted the students and said, “That’s not allowed, please stop.” The students weren’t written up and didn’t face any disciplinary consequences.

She spoke with RedState last week and shared her concerns about returning to campus in the fall. In addition to the physical threats, Adrianna feared backlash from professors and essentially being shunned by the student body. Still, she said, more than anything she wanted to return to the campus she loves, and, “I can’t believe I might not set foot there again.” Her parents most definitely did not want her to return, but to transfer to a university closer to home instead. That wasn’t the course of action she wanted to take, so she’s been applying for fall internships off-campus, hoping that given time the threat would diminish.

One big factor in deciding whether to return to campus or not was if she – and her parents – could be assured that university administrators were committed to her safety and sending a clear message that these types of threats would not be tolerated. San Marco sent a letter to Syracuse’s Chancellor, Kent Syverud, June 24 outlining her concerns, providing documentation of the threats, and begging for his help. On July 15, having received no response, she tweeted a screenshot of the letter, saying, “I refuse to be silent anymore.”

I refuse to be silent anymore.

This letter was sent to the Chancellor of Syracuse University, Kent Syverud, as well as three other high level administrators on June 24th at 6:59PM.

To date, I have not received a response. pic.twitter.com/cec1s7KWIa

A Letter to Chancellor Kent Syverud

To whom it may concern,

I am a student journalist and sophomore at Syracuse University. The current tension among students and the plight to “expose” professors and students on campus is disgusting. As a conservative student I have felt intimidated and targeted countless times on campus. I have avoided attending lectures because I was uncomfortable by the blatant bias shown by professors and the gross remarks made by my peers about conservatism. My freshman year was dictated by fear of persecution and backlash, yet I stood silent. I was afraid to speak my mind or draw attention to myself because I didn’t want to be on the receiving end of more hatred. My reluctance to come forward was compounded by your lack of action. Why would I dare speak out if my own administration wouldn’t?

However, the time for silence has long passed. A couple of weeks ago I published an opinions piece titled “Why Institutional Racism is a Myth” and the response was overwhelming and horrifying. My writing has been misconstrued and my name has been dragged through the mud. I have received countless physical threats by other students at SU and alumni alike (read the attachments below). During this time I have made reports with The Department of Public Safety and spoken to officers multiple times. These reports don’t make me feel safer. They don’t assure me that the students targeting me will face consequences nor do they provide promise that these threats will not be carried out. I am fearful for my life on our campus and you are silent.

As a student I am unsure whether I will return to campus in the fall. My family is terrified for me. My mother is afraid to read comments under my social media posts and my sisters have begged me not to return. This is what your silence has done. You have emboldened our community and led them to believe they have full impunity to say and do whatever they please without consequence. I am in disbelief that I may never again set foot on the campus I love so much.

But this is not an isolated incident, and I am not the only person to experience such hatred and bigotry. My peers and professors face similar retaliation for deviating from the left’s narrative. I have spoken to professors that have taught at your university for decades and they are scared and cannot believe the state that you have allowed our community to fall to. I have spoken to friends that question whether it is safe to return to campus. In the absence of your support conservative students have been left voiceless. We are afraid to walk alone at night, to attend meetings for conservative clubs, and to even leave our dorms.

This is not a new problem, nor is it one you are unfamiliar with. Our university is entrenched in controversy and poor policy. At every step you have turned your back on your conservative students and professors; you have shut down our clubs, shunned our speakers, and alienated us. Even now as there is a growing movement to call for the expulsion of students and firing of professors you remain silent. Our calls for help fall on deaf ears and we are left without hope.

I am pleading with you to take action.

She still received no response; Syverud’s silence loudly proclaims that he doesn’t care about the safety of conservative students on his campus. By Sunday, July 19, San Marco and her family came to a heartbreaking conclusion: Syracuse administrators weren’t going to do anything to protect her physically or in any other way and that made returning to campus impossible. San Marco tweeted her decision, again with a screenshot of a longer letter.

My time on Syracuse University’s campus has come to a close.

After continued silence from administrators and further degration to my safety I can no longer justify returning to campus this fall. pic.twitter.com/f92HM49TAC

For weeks I have received continuous harassment by my peers. The threats made against my life have destroyed my sense of safety on Syracuse University’s campus, and I have done everything in my limited amount of power to combat them. Despite this, I have reached a point in this seemingly impossible battle where I am forced to recognize the very real and present threat to my wellbeing.

It is with a heavy heart that I say I will not be returning to Syracuse University’s campus for the Fall 2020 semester. This decision comes after weeks of deliberation between my family and I. To date, the individuals making threats have not been held accountable for their actions. In fact, the growing plight to vilify me across campus has encouraged more harassment and threats. I cannot walk through the halls of my university knowing that those who have threatened to harm me will walk next to me.

The administration of Syracuse University has yet to issue a statement, enact protective policy, or reach out to me privately to help rectify this situation. It is clear that our “leaders” have little interest in protecting the lives of conservative students on campus.

I hope there will come a time where I can walk through the quad without fear of being assaulted. However, I fear this day will never come and I cannot step foot on campus again knowing the explicit danger I am in.

San Marco hasn’t finalized plans for the fall semester; she’s still waiting to hear back on possible internships. Any organization that chooses to offer her an internship will be lucky; there aren’t many college students who’ve stood up for their beliefs the way Adrianna has. Your Inward Truth Is Still Subject To Outward Reality 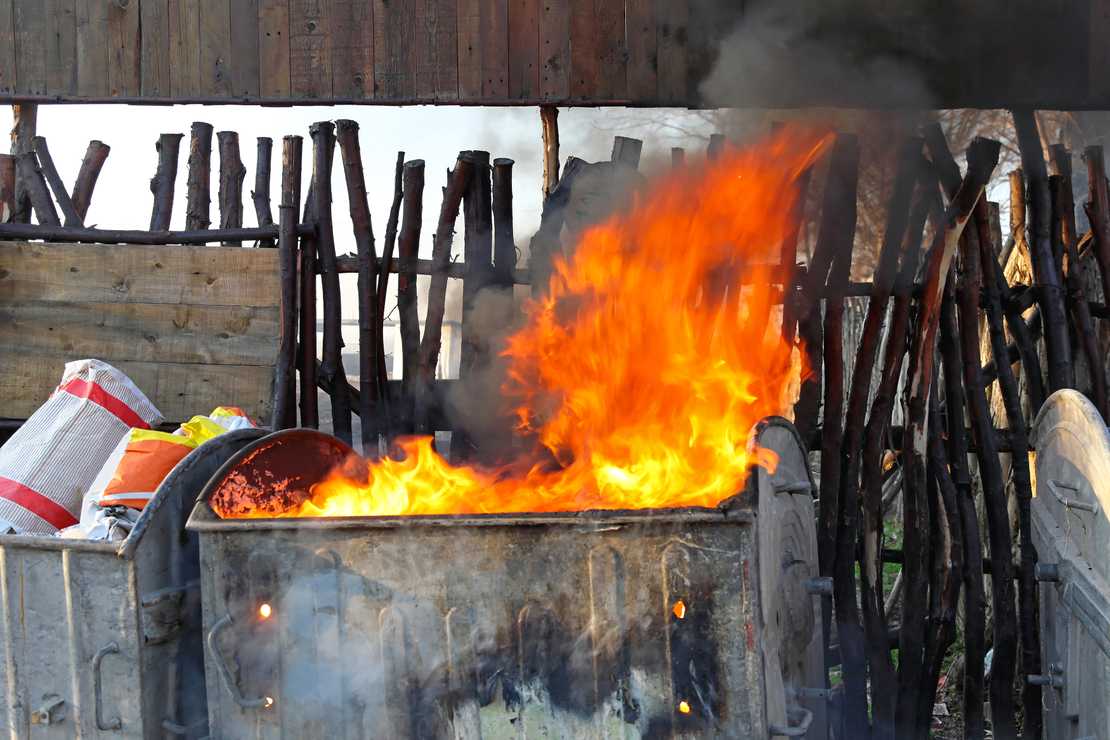 Hit Me with Your Best Shot: What Does 2020 Have in Store for Us Next?