In this, the year of coronavirus, it’s fitting that four brands that have become indispensable across the fruited plain – Clorox, Netflix, Purell, and Zoom – have landed on Brand Keys’ list of “most patriotic brands” for the first time.

The list is published annually by Brand Keys, a New York-based brand engagement and customer loyalty research firm. Robert Passikoff, Brand Keys president, said the brands who made the top 30 list were those that “showed up” this year and demonstrated they were really “in this together” with Americans. Passikoff told Fast Company:

“With the exception of Jeep—the brand that’s No. 1 every year for the 18 years we’ve done it because it owns patriotism—everything on the list was brands that showed up. They were there for people when they felt they needed something. It went beyond primacy of products and how they were viewed, how they resonated with this value. They didn’t have to paint themselves red, white, and blue.”

The 5,370 survey participants were between the ages of 18 and 65, half male and half female (it’s not clear if they gave other genders a chance to be heard), and one-third Republican, one-third Democrat, and one-third independent.

MSNBC made the list, but strangely, CNN did not. Perhaps average Americans don’t think it’s very patriotic for the network’s talking heads to shout down and demean guests because they don’t like what’s being said or because it might make Joe Biden look bad. Maybe people in flyover country are hip to Brian Stelter’s gaslighting and are sick of it. Whatever the reason, it’s interesting that both a conservative and a liberal news outlet made the list but the formerly “Most Trusted Name in News” couldn’t crack the top 30.

Fast Company published the entire list, including that brand’s change in rank over the last year. Not surprisingly, Twitter fell three spots. Amazon, a company that’s become indispensable during the pandemic, rose 10 spots, and probably much to the chagrin of California Asm. Lorena Gonzalez Fletcher (D-Teamsters), Walmart rose six spots. (Gonzalez brags that she has been banned from the chain.)

This Blue Shield of California coronavirus commercial barely edges out Applebees’ “Welcome Back” commercial as the most annoying ad of the pandemic. The Welcome Back commercial is especially cruel for two reasons: 1, it makes me want to watch Welcome Back Kotter, and 2, Californians were only allowed to eat inside a restaurant for about a month before that privilege was taken away by Warden Newsom. But the Blue Shield commercial’s morose version of “California Dreamin” can send even the most optimistic, glass-half-full gal into full-blown despair. 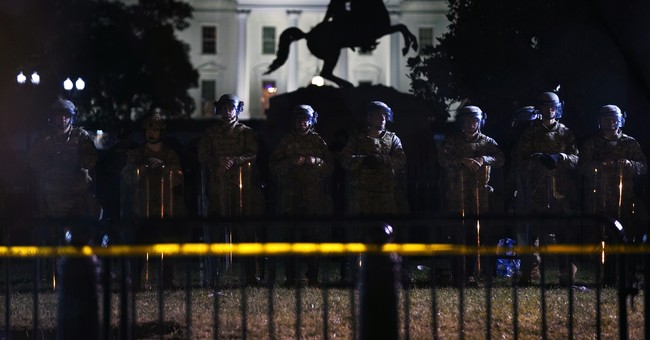