Everyone who follows politics probably remembers that 2012 Republican Primary debate where George Stephanopoulos made contraception an issue for presidential politics.  No one was more surprised that Republicans wanted to take away birth control than the Republicans themselves. Months later, Georgetown law student Sandra Fluke (whom Nancy Pelosi was likely grooming for a political career) addressed congress about why the religious institutions who oppose contraception as a matter of faith should be forced by the government to buy contraception for students and employees even if they can afford it themselves.

It was all part of an orchestrated plot to convince women that Republicans were hell bent on taking away access to contraception and that employers were morally obligated to subsidize their employees’ sex lives.  (Yes, some birth control methods have health related purposes beyond contraception, but no one who opposes contraception opposes alternate uses to treat certain health conditions.)

The scheme worked. A former Clinton administration official posing as a journalist planted the seed and the Democrats successfully grew a brand new human right. The right to have someone else buy non-healthcare products for them under the guise of providing health care.

NPR is reporting that since Donald Trump won the election women are making a run on birth control, thinking that the new Republican President will make eliminating their access to contraception his number one priority. Exactly what about Trump could make anyone think he is opposed to birth control? I would be less surprised to see the new p****y grabber in chief handing out contraceptives like Reagan handed out jelly beans than to see him make any sort of policy restricting its use.

Women across the country are rushing to get IUDs. Or at least, they’re tweeting about rushing to get long-term birth control, according to a surge of messages on social media.

They’re concerned that the Trump administration might end Obamacare provisions that require insurers to cover intrauterine devices (IUDs) and other contraception, and cut funding for abortion and reproductive health overall. So women are looking for long-term solutions like IUDs: ones that will outlast a presidency. But they may have a bit more time than they think.

Just scheduled that IUD insertion so that I’m not forced to be pregnant and lay down every plan I’ve ever made for my life ??#IUD

They’re not just talking about it on social media; they’re looking for more information, too. Google Trends showed a massive peak searches for “IUD” “birth control” and “Planned Parenthood” on Wednesday.

Women are just one group on the laundry list of victim Americans who think the sole motivation for Republicans is to get them. Identity politics  supersedes logic, reason, and common sense, and personal responsibility.

Dr. Anne Davis, consulting medical director for Physicians for Reproductive Healthand an associate professor of clinical obstetrics and gynecology at Columbia University Medical Center in New York City, says that on Wednesday six women called “in a panic” to schedule IUD appointments. Normally, only about one woman calls to book an IUD insertion each day.

“And these women weren’t just looking for an appointment somewhere in the future. They wanted one right now. They were very, very scared and distraught that they would lose access to birth control,” Davis says.

In left-speak, “lose access to” means “have to pay for.” Actually losing access to something would look more like some left wing gun control laws. So far no Republican of whom I’m aware has proposed banning the sale or outlawing the manufacture of contraception. But leftists care not for facts.

Laura Meyers is the president and CEO of Planned Parenthood of Metropolitan Washington D.C., where they’ve seen an increase in women looking for birth control since Tuesday. The uncertainty, she says, “makes women nervous.” 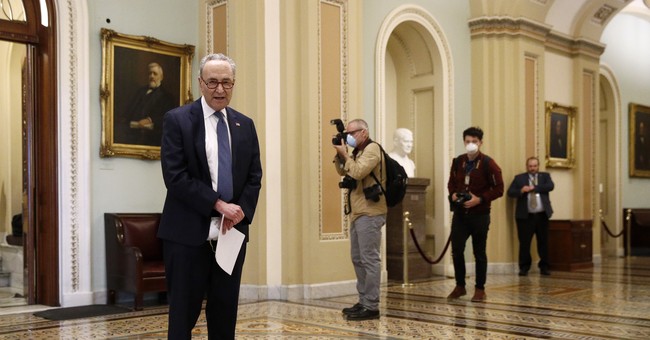