CPAC 2017 is now over but naturally the controversy continues, especially among the die hards that RedState’s Susan Wright refers to as the Branch Trumpidians. It’s a segment of Trump supporters who are not satisfied unless every person on the political right vows unconditional allegiance to the man they seem to see as something more than just a President. They have a religious fervor and no tolerance for infidels who don’t bow and pray toward Mar-a-lago five times a day.

Back during the 2003 invasion of Iraq, Saddam Hussein’s Information Minister Muhammad Said al-Sahhafearn earned the comical nickname of “Baghdad Bob” for his laughable statements to the press about how Iraqi forces were delivering a humiliating defeat to the attacking Americans. The truth of what was really happening was obvious, yet “Bob” insisted that there were no Americans anywhere near Baghdad and those who were elsewhere in Iraq were committing mass suicide rather than face up to the Iraqi army. Donald Trump has his own version of “Baghdad Bob.” His name is Jim Hoft, aka The Gateway Pundit and was once a legitimate blogger but has since overdosed on Trumpism’s hallucinogenic Koolaid.

Several years ago, Hoft was near death when a serious infection set in after a knee replacement operation. At the time he had not yet gone insane and much of the conservative blogosphere rallied to help in some way, most notably his fellow  St. Louis conservative, radio host Dana Loesch and her husband Chris. Even charitable acts from friends buy no loyalty or respect from Hoft as he has repeatedly attacked and smeared Loesch because she isn’t sufficiently entranced by Trump’s magnificence.

Hoft has expanded the definition of the #NeverTrump movement to include anyone for whom Trump was not their first choice among the 17 Republican primary candidates. He paints Dana Loesch with the the #NeverTrump brush despite the fact she supported Trump after he received the nomination.

While blaming Loesch for his being disinvited from speaking at a rally in St. Louis, Hoft published a post that might as well have been titled “DON’T YOU KNOW WHO I AM?” He views the rescinded invitation as some sort of conspiracy against him for being a “devoted and successful Trump supporter.”

In an attempt to justify how invaluable he would have been as a speaker, Hoft boasted of his newly acquired White House press credentials and how many stories he allegedly broke aiding Trump’s election.

The Gateway Pundit was an early supporter of Donald Trump. We took a lot of heat for it from GOP elites and Cruz supporters during the last election.

The Gateway Pundit broke several national news stories during the election that, unlike the national media, favored Donald Trump.

Here are a few of the Gateway Pundit articles that were headlines on the esteemed Drudge Report this past year.

Hoft noticeably didn’t include the times when Gateway Pundit’s fake news posts suckered Drudge and other Trump cheerleaders like Sean Hannity. Just like with Trump, he is very selective about what he remembers about his own shortcomings.

Prior to CPAC, Hoft published an invective post about how the organizers of the conservative conference hate Trump supporters. . As evidence of this claim Hoft cites that he was not invited to speak along with several other lunatics.

This year CPAC ignored many of the top Trump supporters who helped get him elected.
These top election influencers will not be speaking at CPAC despite their work to get Trump elected.

Among these “top election influencers,” Hoft lists himself (naturally) and the following:

Hoft seems to think the first “C” in CPAC should stand for cuckoo.

We often speak of “Trump Derangement Syndrome” with regard to fanatical leftists but there is an equally severe derangement syndrome at work among the unquestioning, unthinking, Trump worshippers like Hoft. A sane person does not abandon old friends for the sake of a single politician, let alone lie about and besmirch them like Hoft has with his old friend Dana Loesch. A good citizen journalist doesn’t disregard a politician’s flaws and exaggerate his assets.

Trumpism has divided the conservative blogosphere and laid waste to formerly reputable outlets. This isn’t even necessarily a direct criticism of Trump, but rather of his most enthusiastic followers. The last year has given rise to the dangerous belief that the quality of a person is only a function of who they hate and by whom they are hated. Having a conservative perspective is not something that requires a blogger to completely reject objectivity with regard to facts.

The late Andrew Breitbart said that the truth isn’t mean, it’s just the truth. If you value your idols’ reputations over the truth, then you’re no longer a blogger or a pundit. You’re just a thrall. Rep. AOC Runs Away After Dana Loesch Smashes Her ‘Defund the Police’ Argument 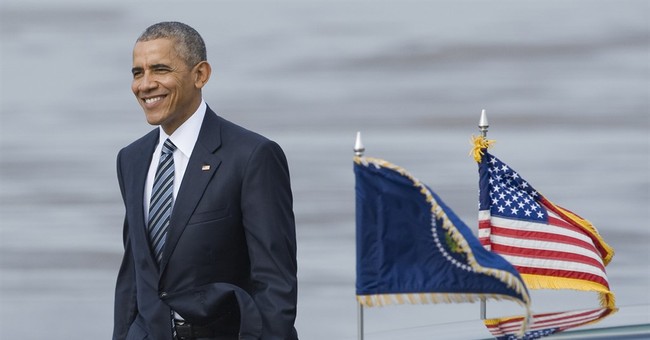