City of Boston and Hospital Violated Teen Girl’s Human Rights, Hacker Who Fought for Her Faces 25 Years in Prison

When the story of Justina Pelletier’s experience at the hands of Boston Children’s Hospital came out a few years ago, it shocked and angered a lot of people across the nation. The hospital and medical professionals who in effect abducted Justina and kept her from her parents among other alleged tortures are being sued by the Pelletiers, but they’re facing no criminal prosecution. However, Marty Gottesfeld, the man who brought down the hospital’s online donation page to protest and call attention to Justina’s plight still faces up to 25 years behind bars for computer hacking.

If you don’t remember Justina Pelletier’s story, Streiff wrote about her case a few years ago here at RedState.

Here’s the Cliff’s Notes version. Justina had been diagnosed and was being treated for an obscure condition known as mitochondrial disease at Tufts Medical Center. Complications arose when she contracted influenza and she was admitted to Boston Children’s Hospital. Doctors there rejected the Tufts diagnosis and decided that Justina was suffering from a psychiatric problem. Worse, doctors at Children’s blamed Justina’s parents for her condition and accused them of child abuse. Justina went from receiving medical care for her condition at Tufts to being locked in a psychiatric ward at Children’s for the better part of a year. She was taken from her parents because her new doctors rejected the diagnosis of her doctors from Tufts.

I’m told by a source close to the story that Justina, a Catholic, was prevented from attending Mass or even receiving Communion. She was only allowed to see her parents occasionally and then under the supervision of armed guards. A court placed her parents under a gag order, forbidding them from speaking out about what was going on. They eventually broke the gag order and that’s when they started to receive some outside help. Legal counsel for the Pelletiers said that Justina was denied even the rights Massachusetts affords to incarcerated criminals. Justina was left maimed and paralyzed by the ordeal.

At this point the case began to draw protest from all over. People feared that Justina was going to die locked up against her and her family’s will in the psych ward of a Harvard teaching hospital.

That is when Marty Gottesfeld decided to take some action. In protest of Justina’s treatment, Gottesfeld allegedly arranged a denial of service to the hospital’s online donation page and bring it down. He didn’t hack into any essential medical systems or maliciously use patient data. He simply took the donation portal offline hurting nothing but the hospital’s pocketbook.

NY Times Does It Again, Spins Yet Another Headline to Defend Dems, Attack GOP Over Virus Relief Bill

Now just as an aside, I wrote earlier how several vandals tore up grass at a Trump golf course in California in protest of President Trump’s environmental policies. The Washington Post characterized the act of vandalism as a “daring act of defiance.” At least until they were shamed into changing their article. I think hacking a hospital’s donation page to call attention to their abuse of a young a girl qualifies more as a “daring act of defiance” than any molestation of a putting green.

According to the #FreeMartyG campaign, Gottesfeld is a human rights activist who is focused on fighting the institutional abuse of teens.

Human rights activist Martin Gottesfeld is a pre-trial inmate facing felony charges from Carmen Ortiz’s office under the Computer Fraud and Abuse Act (CFAA). The same office and act was relentlessly used against the Internet’s Own Boy, Aaron Swartz, until his death by suicide in 2013. Marty is facing allegations that he conspired with members of hacktivist group Anonymous to organise an online sit-in of Boston Children’s Hospital public website to stop the torture and save Justina Pelletier’s life.

Marty is passionate for his human rights work involving protecting youth from institutionalised abuse. A tireless advocate against the well documented atrocities of the “troubled teen industry” he was drawn to Justina Pelletier’s case.

Justina was an institutionally abused 15 year old Christian girl taken from her parents as a Ward of the State by Boston Children’s Hospital. Doctors at Boston Children’s felt her symptoms had psychological causes ignoring her primary doctors. Denied her pain and cardiac medications, she became paralyzed below the hips. Contact with her family was severely limited and she took to smuggling them notes hidden in art projects describing her suffering.

I’m no lawyer but I’m sure that bringing down someone’s website is against the law, just as violating a court gag order is, and just as locking a child away from her parents and denying her medical treatment SHOULD be.

It is utter hypocrisy that prosecutors want to put a man behind bars for something he did trying to help save Justina Pelletier’s life, while doing nothing to the people who put her in danger in the first place. Boston Children’s Hospital and the Boston Department of Children and Families violated Justina’s human rights. They violated her parents human rights. Yet no one from Boston Children’s Hospital or the city government is even facing criminal investigation.

I’m not condoning criminal action of any kind here. Being a vigilante is not something I would recommend to anyone.

However, from what I have seen of this case, Marty Gottesfeld may have broken the law but he did so in order to prevent an even greater crime from occurring. Selectively prosecuting Gottesfeld while doing nothing to the Harvard institution that imprisoned Justine Pelletier or to the city government who abetted the violation of the Pelletier’s rights smacks of cronyism, corruption, and frankly, tyranny.

It doesn’t even come close to resembling justice. An Unusual Public Display of Disunity Between Top Chinese Diplomats Dr. Anthony Fauci: I Wish Media Would Stop Trying to Pit Me Against President Trump Report: White House Official Who Wrote ‘Anonymous’ NYT Op-Ed and Book Has Been ID’d, Is About to Get the Boot

Anonymous has a Name (Possibly) 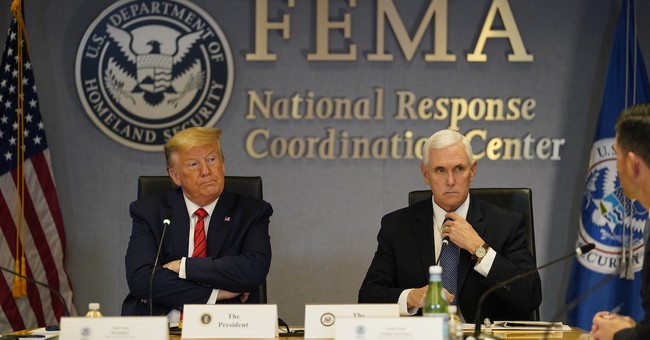 Must We Kill the Economy to Kill the Virus?