Is Fox’s Kimberly Guilfoyle Going to Work for the White House? (Updated)

Arguably a lot of Fox News personalities are already working full time for the Trump administration, but cohost of The Five, Kimberly Guilfoyle may be the first to make it official.

Kimberly Guilfoyle, the former first lady of San Francisco and current Fox News host, is in conversations with the Trump administration about becoming White House press secretary, she said in an exclusive interview with the Bay Area News Group Monday night.

Guilfoyle said the idea of her taking the job or another press role in the White House has been “raised by a number of people” in the Trump administration, although she declined to go into specifics. She said she’s regularly in touch with members of the administration in the course of her job.

“I’m a patriot, and it would be an honor to serve the country,” Guilfoyle said. “I think it’d be a fascinating job. It’s a challenging job, and you need someone really determined and focused, a great communicator in there with deep knowledge to be able to handle that position.”

Guilfoyle is a former San Francisco and Los Angeles prosecutor who was married for four years to former San Francisco mayor and current Lt. Gov. Gavin Newsom. The two separated in 2005 when she moved to New York to start a career in television. She’s now one of the co-hosts of the Fox News show “The Five.”

She was originally considered for press secretary during the presidential transition, but the job went to Sean Spicer, the former spokesman for the Republican National Committee.

Now, with rumors boiling in Washington, D.C., about a broad shakeup to Trump’s press team following a drumbeat of controversies, Guilfoyle’s name has resurfaced. The New York Times reported on Friday that Trump had suggested Guilfoyle for the press secretary job in conversations with political allies.

There has been talk of moving Spicer to a different role, but it’s not clear whether Guilfoyle would replace him if she were to become part of the White House staff.

Joe Biden’s Interview With Jake Tapper Is a Dumpster Fire, Explains Why He Hides in His Basement

There is some speculation that Guilfoyle’s ex-husband might be a potential Democrat challenger to President Trump in 2020.

“If I had to go after him, I would, but I’d be fair,” she joked about Newsom. The two are still close friends, she said.

That could add an interesting dynamic to the campaign if Guilfoyle became a White House spokesperson while Trump was running against her ex. As if we needed more soap opera elements in presidential politics.

Apparently all the news about Guilfoyle possibly going to work for the White House has percolated up the Fox News chain of command. They have issued the following statements:

From a FOX News spokesperson:

“Kimberly is a valued member of the FOX News primetime lineup, and is under a long-term contract with the network.”

Through a spokesperson, Kimberly Guilfoyle said, “As I stated in the interview, I really love what I do and my job co-hosting The Five is tough to beat.” Mollie Hemingway spots a HUGE 'disparity in media coverage' between debunked BS from anonymous sources vs. this true 'stunning revelation' 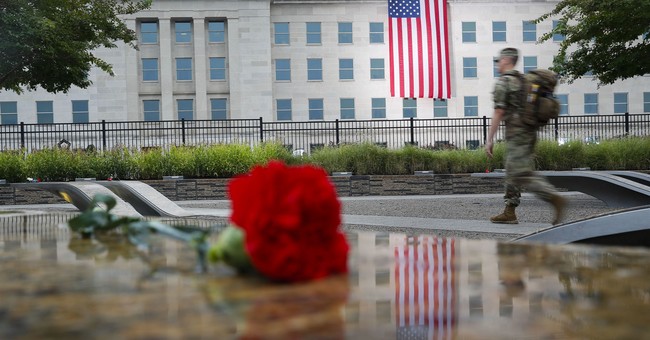