I wrote earlier this week about how government bears a sizable share of the responsibility for the mass shooting in Sutherland, Texas. Now there’s more evidence—this time out of Baltimore—that government focusing its attention on guns rather than on criminals who use them just doesn’t work.

Gun arrests are down in Baltimore despite the high rate of gun violence. That’s because the “elite” Gun Trace Task Force charged with getting illegal guns off the street has been disbanded after eight members were indicted on charges of racketeering

As Baltimore struggles under surging gun violence, gun arrests are down 25 percent from last year.

Much of the decline — 277 fewer gun arrests, a 67 percent drop — has come from the police department’s operational intelligence division, of which the task force was a part. Police spokesman T.J. Smith said the dissolution of the task force in March has been a factor in the drop.

Maybe gun arrests aren’t really down. Maybe they had been artificially inflated by crooked cops.

The end to “their methodology of work certainly has contributed to a decline in gun arrests,” Smith said. But he added that some of the successes claimed by the unit “might not have been lawful arrests.”

The task force was entrusted with a job that Police Commissioner Kevin Davis described as a key to quelling the city’s historic violence: getting illegal guns out of the hands of trigger-pullers.

A federal grand jury indicted seven members on racketeering and other charges in March and an eighth member in August. The officers are accused of robbing suspects and law-abiding citizens, filing false court paperwork to cover their tracks and committing overtime fraud.

Four have pleaded guilty. Four are fighting the charges.

It sounds like this “elite” task force was primarily being run as a shakedown operation.

City Councilman Brandon Scott, chairman of the council’s public safety committee, has expressed concern for months about declining gun arrests. He said police need to be skilled at the district level at seizing guns and making gun arrests.

“If we were relying too heavily on the Gun Trace Task Force to get the guns, that was a bad model to have anyway,” he said. “It’s important to me that district commanders have areas where they can control. We shouldn’t be depending on one centralized group to get all the guns off the street.”

Or maybe you should be more focused on getting criminals off the street.

Baltimore is a cesspool of crime and corruption. It has been for years. When Martin O’Malley was mayor his answer to the crime problem amounted to a policy of arresting black men for being outside. The city paid to settle a lawsuit filed by the NAACP and the ACLU over unlawful arrests. The city jail was wholly owned by the criminal drug gang known as the Black Guerilla Family. Crooked is the norm in Baltimore.

Obviously the Constitution should be paramount in deciding how we regulate guns, but there are problems simply implementing gun laws. The people who demand strict gun control do so while blindly assuming the government is up to the task of enforcing those gun laws. Very often it is not.

Crimes against gun control laws go unprosecuted by the thousands. The TSA regulating what you can carry on an airplane is no guarantee that the agents at the airport will be effective at stopping you from carrying contraband. It turns out the TSA isn’t really very good at their job. There’s no reason to assume gun regulations will always be implemented and enforced competently either. The Baltimore situation is proof of that. As is Sutherland Springs, where background checks failed to detect Devin Kelley’s well-documented record of violence, criminal behavior, and mental illness.

When legislators push for strict gun regulations it is often just to put a feather in their cap—to prove they’re “doing something” about a problem. The practicality of actually making the new laws work is barely a secondary concern. 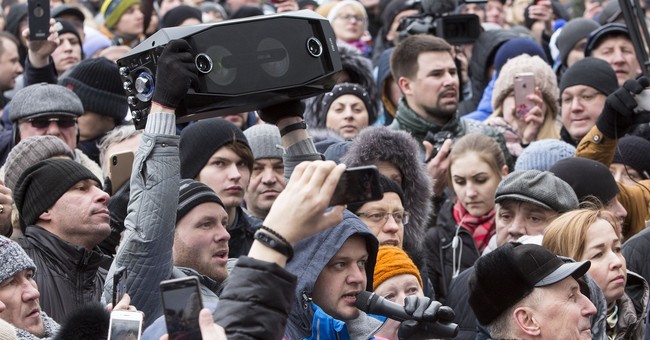