Richard Jewell: Past As Prologue?

“The world will know his name and the truth.”

Richard Jewell was released Friday the 13th in the United States, and that date couldn’t better signify the unlucky nature of Richard Jewell himself…or what happens to the FBI Agents and other members of the US Government and media guilty of misconduct.

Retelling the story of the 1996 bombing of the Centennial Olympic Park during the summer Olympics in Atlanta, the movie focuses almost exclusively on Richard Jewell himself, with a few exceptions to provide background on Barbara Jewell, Richard’s mother; Watson Bryant, his lawyer; and FBI Agents involved in the investigation and Jewell’s interrogation. And Kathy Scruggs, the reporter responsible – or irresponsible – for publishing Richard Jewell’s name as the primary suspect.

Jewell is portrayed as a hapless law enforcement wannabee with a limited understanding of how to relate to other people and a history of being overzealous in both his enthusiasm for enforcing the law and those who actually wear a badge. The characterization left me wondering if Jewell was on the spectrum for autism – or if that was simply the movies attempt to characterize him as a simple man, pitted against the most powerful institutions– the federal government and the media.

It is Jewell’s zeal for vigilance as a security guard that leads to his suspicion about the backpack that he identified and warned law enforcement about that ultimately saved countless lives and found him under the incredible spotlight and crushing power of both the U.S. Government and the media.

Under extreme pressure to quickly find and arrest the Olympic Park bomber, an FBI profiler quickly surmises that Jewell fits the profile of a “wannabe hero” who set the bomb as a way to claim his moment of fame. When this theory is bounced against Jewell’s quirky personality and incidental legal history, he becomes the only suspect. The entire case study raises the question of relying on “behavioral profiling” of a very dubious nature in the absence of articulable suspicion. Especially because shortly thereafter, an FBI agent leaks Richard Jewell‘s name to Atlanta Journal-Constitution reporter Kathy Scruggs.

It’s unfortunate that the movie seems to have taken artistic license as to HOW Kathy got Jewell’s name, which is portrayed as a sex-for-information exchange. Given what we’ve seen in the case of Senate Select Committee Security on Intelligence (SSCI) Security Manager Jim Wolff leaking to New York Times reporter Ali Watkins, it seems art imitates life. Or is it life imitates art? You chose.

But this is hardly a single incident of the government quite literally being in bed with the media. Extensive reporting shows the familial and symbiotic relationships between the political left– most recently the Obama Administration – and the press. Check out one infographic here. It was Ben Rhodes – Obama’s creative writer turned Deputy National Security Advisor – who bragged about creating an “echo chamber” within a pool of “know nothing reporters” to sell his narrative and the Obama agenda to the American People.

After 88 days of intense investigation and seclusion in his highway apartment, Richard Jewell was cleared by the FBI in a letter – addressed not to him, but his lawyer – telling him that Jewell “…is not considered a target of the federal criminal investigation…” Despite the excellent storytelling of the almost three months of intense investigation Jewell endured, the movie quickly skips past how the actual Olympic Park Bomber – Eric Rudolph – was identified and finally caught.

Run time limitations aside, a short hat tip to the Atlanta Journal-Constitution and their later reporting attempting to correct the record would have been more historically accurate. Kathy Scruggs and Ron Martz also later exposed the FBI mistakes and misconduct in Jewell’s case. From Heavy:

An October 29, 1996 story by Ron Martz and Scruggs read that the FBI affidavits submitted to “obtain search warrants against security guard Richard Jewell appear to be based largely on circumstantial evidence that his attorneys called half-truths and lies.”

It wasn’t until 2002 when 60 Minutes interviewed Richard Jewell for his story.

If the movie lacks anything, it is the closing sequence, which provides a short synopsis of what happened to the key people. We learn that Richard Jewell died at age 44 and that his lawyer got married and had two children.

NOT mentioned is that Kathy Scruggs died of an overdose only five years after the controversy surrounding her reporting. According to the coroner’s report it was from “acute morphine toxicity.” She was only 42.

Also NOT mentioned is that, after being exonerated, some reporters actually apologized to Jewell publicly. Nor that Richard Jewell sued The Atlanta Journal-Constitution (Cox Enterprises), New York Post, NBC, and Piedmont College.

Finally – and most significantly – the movie (and Wikipedia) fails to mention that three FBI agents were disciplined for their “major error in judgment” and engaging in “constitutionally suspect” behavior. As Vanity Fair recounted in an article written in February 1997:

“This case has everything – the F.B.I., the press, the violation of the Bill of Rights from the First to the Sixth Amendment.”

Given Department of Justice Inspector General Horowitz recent reports on problems with the use of Human Confidential Sources (HCS) and Foreign Intelligence Surveillance Act (FISA) abuses and misconduct – including FBI lawyer Kevin Clinesmith being referred for criminal prosecution after he altered a FISA application against Carter Page and falsified information against Page –  the Richard Jewell story could not be more relevant as a warning against the danger of abuses of power by both the U.S Government and the media.

As Jewell said in his Congressional testimony in 1996:

“…The FBI and the media joined together to launch an attack on me of unparalleled proportion in the history of this nation. An attack calculated to portray me to the world as some type of abnormal person with a bizarre employment history who was GUILTY…”

The fact that this could be read today by Carter Page or President Trump should scare all of us.

As Attorney General Barr said on Monday, “Nothing is more important than the credibility and integrity of the FBI and the Department of Justice.  That is why we must hold our investigators and prosecutors to the highest ethical and professional standards.”

I highly recommend #RichardJewell as a MUST WATCH movie to keep in mind as we watch what unfolds when Attorney General Barr begins declassifying the documents that account for any government abuses of power, and any indictments resulting from U.S. Attorney John Durham’s criminal investigations.

Joe Martin is a retired U.S. Army Special Forces Colonel, a graduate of the National Defense University, and served as a Military Congressional Fellow to a United States Senator. His operational experience includes deployments to Afghanistan, Qatar, Kuwait, Colombia, Honduras, Ecuador, and Venezuela.

(retired) is a U.S. Army Special Forces officer ("Green Beret"), a graduate of the National Defense University, a former Military Congressional Fellow, and the author of Get Selected for Special Forces, Warrior-Mentor Press, 2005. Find him on Twitter @GKJoe 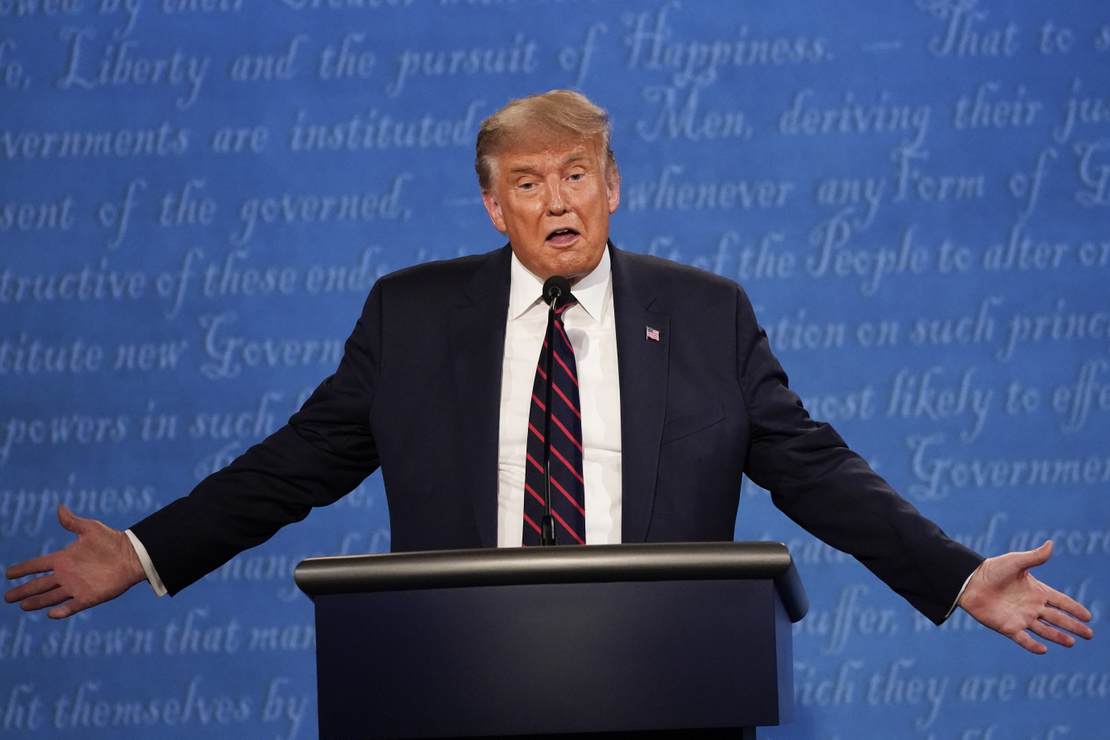