Upstanding citizen Corey Lewandowski recently opened up a new consulting firm in Washington D.C., and he is trying to pick up some foreign clients… but in highly questionable ways.

POLITICO’s Ken Vogel is reporting that Lewandowski’s firm is pitching access to Donald Trump, Mike Pence, and senior White House officials as part of the perks of working with him.

A document provided to an Eastern European politician by an international consulting firm that Lewandowski co-founded this year promises to arrange “meetings with well-established figures,” including Trump, Pence, “key members of the U.S. Administration” and outside Trump allies.

The previously unreported firm, Washington East West Political Strategies, was created by Lewandowski and fellow Trump campaign veteran Barry Bennett — as well as an Azerbaijani oil executive and an American political consultant who works extensively in Russia — to prospect for political business in Eastern Europe. And Lewandowski and Bennett have created different firms with other partners to prospect in the Middle East, Canada and Central America, Bennett said.

One of the big problems here is that Lewandowski isn’t registered as a lobbyist in D.C., and his partner, Barry Bennett, says the firm’s work is supposed to be about political consulting, not lobbying.

Why then would those foreign clients want or need access to Trump?

Lewandowski, by the way, apparently isn’t bluffing about being able to get access to the President…

Nonetheless, Lewandowski continues to have relatively unimpeded access to Trump, according to three senior administration officials. They said Lewandowski has the ability to get the president on the phone without going through gate-keepers, and to visit the West Wing, which he’s done several times during Trump’s presidency, including one early visit during which he posed for pictures with the president and requested several copies of the resulting photo.

Yet, Lewandowski, who was forced off the campaign in June amid a bitter power struggle with then-campaign chairman Paul Manafort, remains a polarizing figure in Trump’s orbit.

He has butted heads with key White House aides — including White House chief of staff Reince Priebus and senior adviser Jared Kushner — and frequently criticizes the president’s staff, according to several people who have spoken to Lewandowski.

When people ask why some Republicans and conservatives don’t trust Donald Trump, it’s stuff like this. Lewandowski is not a very… savory character, and his actions in public and in private leave a lot to be desired in a person with access to the leader of the nation.

The consulting firm maintains that very little of what they do can be classified as “lobbying” and that Lewandowski hasn’t registered as a lobbyist because he doesn’t lobby. If that’s the case, though, should his firm be advertising access to Trump?

It’s swampy politics as usual for those in Trump’s orbit. 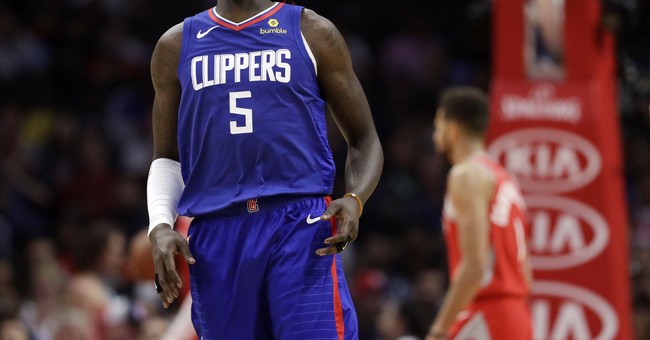