We know that Twitter is run by liberals. We get that.

Sure, there are prominent conservative voices that get to build their audiences there, but for the most part, the management of the social media site is very liberal.

However, this story pretty much proves Twitter doesn’t see fit to include conservative ideas even in its advertising model.

Pro-life groups are free to advertise on Twitter — as long as they don’t talk about what abortion is, show pictures of ultrasounds or criticize Planned Parenthood.

That’s what Lila Rose, president of Live Action, said Twitter’s ad policy against “hate content” amounts to. She said the social media company has sought for years to prevent Live Action from promoting pro-life content through paid advertising, even as Planned Parenthood is given free rein to reach massive audiences.

“I think it’s clear that Twitter is discriminating against the pro-life voice,” Ms. Rose said. “Planned Parenthood is allowed to promote their pro-abortion and misleading messages, while Live Action is barred from promoting any content exposing abortion and Planned Parenthood.”

This type of discrimination isn’t that shocking or surprising, but I am very glad to see it’s out there now as further evidence that Twitter does not seem to like or respect our point of view on life.

Planned Parenthood kills babies. It has always killed babies. It will continue to kill babies. It uses government money to run a business that kills babies. They spent $750,000 dollars trying to get John Ossoff elected in Georgia’s 6th Congressional District. They don’t need that money from the government to continue killing babies.

Let's set the record straight: @PPact is about abortion, not women's health care. We can fund more worthy clinics instead. #DefundPP pic.twitter.com/HhRL3gUOlz

What happened next is entirely predictable at this point.

An ad bot flagged that tweet for violating Twitter’s “hate, sensitive topics and violence” advertisement policy, according to an email notification.

The policy prohibits, among other things, “inflammatory content which is likely to evoke a strong negative reaction or cause harm.”

“Twitter has clear, transparent rules that every advertiser is required to follow,” the spokesperson said in an email, “and the political viewpoints of an organization do not impact how these rules are applied.”

I have seen tweets promoted into my feed this week that promote saving Planned Parenthood from people who would otherwise try to defund it or have it shut down. They are still up. But Rose’s tweet, which tells a basic, fundamental, scientific fact violates their policy?

It is within Twitter’s rights to accept or reject whatever advertisement they want. Capitalism, which we on the right support wholeheartedly, allows for that. But, it is blatant dishonesty for Twitter to say it violates some sort of speech rule.

Be honest. You don’t like the message. Tell Rose and every other advertiser that, Twitter. Otherwise, you’re just cowardly on top of everything else. 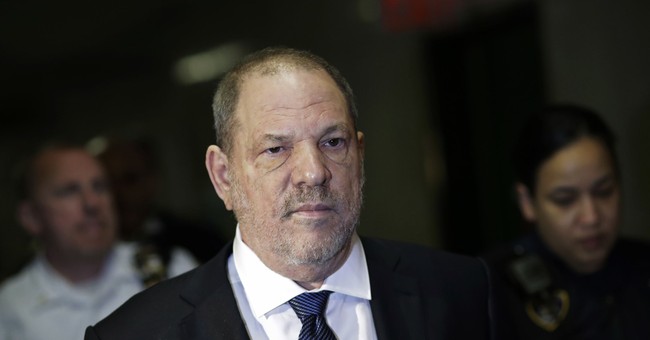