Is Mike Flynn Really Going To Bring Down Donald Trump?

A lot of people were singing the praises of Special Investigator Robert Mueller after Mike Flynn pleaded guilty to lying to the FBI in the course of an investigation.

To them, it is a sign that Mueller struck a deal with Flynn and Flynn is about to give up the goods on President Donald Trump. “It’s finally time to see the whole corrupt administration go down,” they say to themselves with an understanding nod.

To those who are invested in Donald Trump’s presidency, it’s all a big nothingburger. A relatively minor charge in the grand scheme of the Big Bad Russia investigation, it signifies that there really isn’t a there there, after all.

Naturally, neither hater nor acolyte are correct. While the charges and plea deal reached on Friday make great headlines, they do not signify “everything”. But neither does this signify nothing.

From the get-go, Flynn was a questionable hire. He was sketchy, Barack Obama himself advised against it (which, admittedly, probably solidifed to Trump that he should absolutely and without question hire Mike Flynn right then and there), and there was simply too much on the table as National Security Adviser to safely hand it off to someone like Flynn. 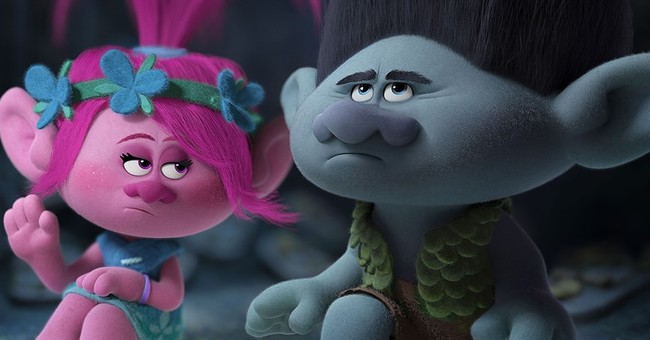 But, Trump did it, and it was not a very long or stable hire.

Here’s the thing though, as my colleague Streiff pointed out last night: The time period in question in the Flynn investigation wasn’t during Trump’s time as a candidate. It was during his time as the President-elect.

That timeline, at least as it stands right now, is incredibly important. It’s a big enough distinction that major news outlets are having to retract and correct their stories in order to make it clear. If Trump gave the order here, it was in his capacity as an incoming executive, and he was preparing for the foreign policy problems that come ahead.

Another major issue facing the “Lock Him Up!” crowd is that all of the (publicly available) evidence points not to Trump giving the order, but rather to his son-in-law, Jared Kushner. That is because of how Trump operates. He delegates work and reaps the benefits of his underlings’ labor.

It’s likely there’s no evidence that can be provided to show or document Trump telling Kushner to make deals with Russia. There may be a suggestion, maybe spoken during a meeting or something like that, that the team find a route to repairing relations with Russia, and Kushner did what he thought was best, but that is not evidence that Trump himself did anything directly.

Finally, there’s the fact that we know whatever Flynn said over the phone to the Russian ambassador passed the FBI’s smell test – the Washington Post reported on that almost a year ago.

If there was something actionable at that time, then you wouldn’t have had a public statement saying the opposite. You’d have radio silence from the FBI.

I have and do maintain that Democrats will never claim Trump’s scalp. I don’t like the guy, but it’s hard to see how we can reasonably expect him to be so vulnerable on Russia that it risks his presidency. (Keith Olbermann’s fondest wishcasting aside.)

It’s entirely possible that one or more of his inner circle could be brought down, and you can bet that within that inner circle there is an air of rule-flaunting that would make all of this possible, but there is not much out there that leads to the conclusion that Democrats want.

That’s bad news for them. Mueller’s investigation is essentially one big @#$% tease for a very rabid Democratic base, and as they revel in Flynn’s plea and think they have Trump, they only get their hopes up higher and higher. The eventual letdown is going to hurt the Democrats in ways they might not be able to predict.

And trust a conservative voice on this: The Republican Party wouldn’t be in the state its in if they had paid attention to what their base was doing, either.

'You aren't this stupid, are you?!' WaPo's Colby Itkowitz 'ponders' if Obama had signed an EO like Trump and HOOBOY talk about backfire