This Is the Story of the Greatest Dad in America

In America, the tension is so thick you could choke on it. Politics has gone from bad to worse and it just seems like it is invading every aspect of our lives. It is more obvious in media, social media, and even family gatherings than perhaps it ever was, and there is no sign that it’s going to let up.

We also see kids getting involved in the discussions at younger and younger ages, to the point where we are watching these child political “prodigies” – kids who have YouTube accounts and repeat familiar talking points in order to go viral – get appearances in some of our major media outlets.

While not new, even our homes are filled with more political discussion than ever, and it can pit parents against children. Enter the Greatest Dad In America.

BuzzFeed has a feature up about a 17-year-old girl and her father. She – a Sanders supporter who volunteered for the Clinton campaign after Sanders was defeated – says she wants to be a politician. The father, a Trump supporter and way more down to earth guy, told her he would never vote for her.

At school, she’d already been involved in student leadership and women’s leadership organizations, the Democrats club, and the gay-straight alliance. Her interest in politics came as no surprise to her dad. But he laughed anyway. When she asked him why he was laughing, he told her, “I’d never thought I’d see the day where one of my kin ran for politics and I didn’t vote for them.” When she pressed him further, he added, “We don’t agree on anything. Why would I vote for you?”

Lily says it felt like a slap in the face. Mike did tell her he’d support her future campaign, and would even donate to it, but he was ultimately honest with her. He told her maybe he’d vote for her if she ran for mayor or city council — more municipal, less political roles — but not anything like governor or president.

This is a fantastic lesson for parents to learn: Mike is clearly conservative, but loves and respects his daughter and everything she is doing, even if he doesn’t agree with it. Yet, he is firm in letting her know that she can’t expect to get what she wants just because she is doing what she thinks is right. Bravo, Mike. 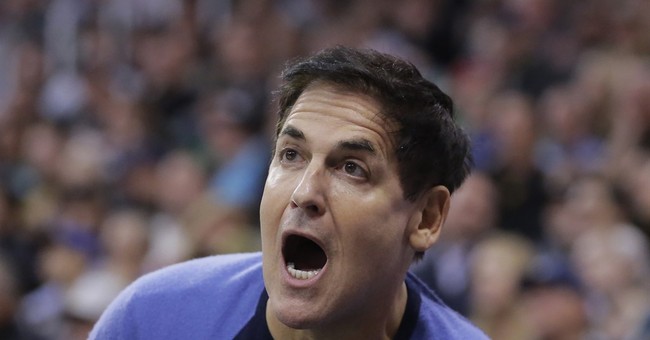 Lily, as a blossoming liberal activist, feels the beginnings of what she will later realize is the Sting Of Perpetual Outrage.

“I didn’t know what to do with that information. I just kind of sat there,” Lily recalls. “I don’t think I talked to him for a while after that.” Mike didn’t understand what he said wrong.

“After that I kind of realized it was a losing fight,” Lily says. Changing her dad’s mind “wasn’t something I should continue to pursue, because if he wouldn’t even vote for his own daughter, there’s no way I was gonna be able to convince him otherwise on anything.”

Lily’s mistake here is assuming that it was her dad’s mind that needed to be changed and that she was a victim of his stubbornness. Alas, she appears to not realize that stubbornness is a genetic trait.

Here is BuzzFeed’s description of Mike:

Despite his hatred for Clinton, Mike doesn’t have a problem with a woman candidate, he tells Lily, though he did make a joke once to Lily about a potential female president making rash decisions on her period.

An aside: No one hasn’t at least thought that joke. If you say you haven’t, you’re lying.

He just has an intense distrust for politicians in general, a belief that all lobbyists should be dragged to the National Mall and “horsewhipped,” and a desire to see the country “get back together” in a time he says is more racially and politically divided than what he saw growing up during the ‘70s and ‘80s.

Great American male, that Mike. We need more like him. But what about Lily?

Lily has a short cropped haircut that looks homemade, at odds with her more composed, adult presentation: a peacoat with a pro–abortion rights “Trust Women” lapel pin she got at a pride parade, and a dark lipstick that doesn’t smudge while she sips her coffee. After a bad dye job last June, she told her grandmother she was considering cutting off all her hair, and her grandmother told her boys wouldn’t like that. The same night, Lily shaved her head.

We see Lily as a classic teenager: Whatever a grown-up says, she wants to do the opposite. While BuzzFeed is trying to portray her as the new generation of progressive leader, most of us with experience dealing with teenagers (or who remember ourselves being teenagers) realize that Lily is just a teenager. Maybe her drive to be a politician will take her somewhere, but probably not. She’ll end up being like the rest of us, shouting on Twitter.

Mike seems to be taking all of this in stride, realizing something very important:

“More power to her,” Mike says when I ask him about Lily’s plan to run for office someday. “Because whether she agrees with me or not, her time spent with me is going to rub off on her, is going to affect how she makes decisions in the future.”

Lily lives with Mike full-time (her parents are divorced, and until a few years ago, Lily split her time between her mother’s and father’s homes). He has a factory job, so they only spend a few hours a day together, according to the story, but those hours are still going to be formative. Time and actual, real-life experience will have some effect on Lily, whether she knows it yet or not.