Last night’s overall result – that the Democrats would take the House but the Republicans would take the Senate – came as expected. The polling indicated it would end up that way, but what is so striking is how we ended up here.

The Democrats will end up with a 20-30 seat majority, more than likely. That is far below their expectations. They have a majority and subpoena power, but they did not rebuke Donald Trump as strongly as they wanted to. The Republicans, meanwhile, flipped several Democratic Senate seats and knocked off some pretty big names – names like Claire McCaskill and Joe Donnelly.

The Republicans also appear to have held on to Florida (Senate and governor) and Georgia (governor).

The exit polling data more or less seems to match what we knew going in. Donald Trump is not well-liked. However, the high turnout suggests that his strategy of playing to the base may have saved quite a few Republicans, particularly in the Senate.

What’s more, when you look at the Senate seats that flipped, the Democrats who lost were the ones who voted against Brett Kavanaugh.

In Texas, Democrats saw their best results in years. It is very likely that public perception of Ted Cruz played a huge role in that. At one point, he appeared to be trailing behind most Republican Congressmen in the state but ultimately held his own against Beto O’Rourke, who truthfully had no business being as successful as he was.

What do all of these data points mean?

The election was determined by the perception of character, and very little appeared to be about policy or agenda. Trump’s approval is underwater by about 20 points, but voters recognized the economy is doing very well right now. Trump himself admitted in an interview with Axios that his tone and demeanor may have to change.

We are no stranger to cults of personality. In my lifetime, Ron Paul and Barack Obama exemplified that and Donald Trump amplified it exponentially. What we’re now seeing are cults of anti-personality, where people are voting more and more based on who they don’t like rather than who they do like.

That’s an interesting, yet dangerous trend. Whereas both parties would like to discuss ideas, the only way to reach voters these days appears to be by stoking flames and feeding on paranoia and stereotypes. That is way more dangerous to a democracy than Donald Trump, Nancy Pelosi, or any singular politician or party.

The Democrats did not see a wave, and the Republicans did not stave off defeat. Each side more or less broke even. Democrats get subpoena power and Republicans get to keep putting judges on the court. But neither side should kid themselves here.

There were individual victories last night, but there was very little for our country to celebrate. 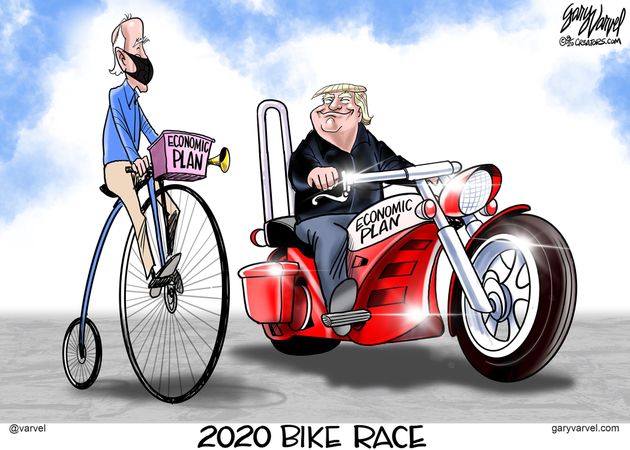