President Donald Trump and other Republicans (including Senator Tim Scott) have continuously pointed out that the cities in America with the biggest problems are all run by Democrats. Trump himself has called them the “most dangerous cities,” which naturally means he must be fact-checked.

So, Phillip Bump wrote a piece at the Washington Post on the subject titled “Trump keeps claiming that the most dangerous cities in America are all run by Democrats. They aren’t.” At the very top of the online story is this chart. I want you to take a really good look at it, because it is possibly the most pathetic clap back I have ever seen.

That’s right, folks, of all those cities on that chart, four are not run by Democrats. Therefore, Trump is wrong!

It may shock you to know that Phillip Bump isn’t actually trying to make a point to discredit Trump regarding these cities. In fact, he doesn’t even address the ones that aren’t Democratic at all! I did more research on them than he did. Bump’s point is, and I quote, “Trump isn’t really trying to make a point beyond ‘cities and Democrats are scary.’ He’s not going to win cities but he might scare suburban voters — voters he desperately needs in November — by tying Democrats and crime together.”

He completely evades the point his own headline and lede are making (in all fairness, he probably didn’t write his own headline, but if he didn’t write his own lede, then we need to have a different talk). He spends the whole time explaining that “of course big cities are blue.” Honestly, there was probably no expectation that anyone would read past the chart at the top of the page. “Oh look, Trump is wrong,” and no one would really notice the incredibly smarmy tone Bump takes throughout the piece.

But I did, and I found it disturbing that the Washington Post’s writer did not even try to go into detail about the cities that aren’t run by Democrats. It’s a clear case of having a thesis and not even wanting to challenge it. He instead goes off on the fact that, yes, most cities do lean Democrat but that doesn’t mean anything.

So, instead of completely avoiding Bump’s headline and lede, I want to explore it using the parameters he set and the chart his story uses. Let’s look at those cities that aren’t run by Democrats.

All municipal elections in Texas are non-partisan, so of course San Antonio isn’t run by a Democrat. Technically, then, this city is not run by a Democrat. But a simple Google search can tell you the current mayor, Ron Nirenberg, has a progressive (which is not Republican) bent.

In the interest of fairness, though, let us establish now that the conditions that make the most dangerous cities require decades of administrative neglect. One Democratic administration isn’t going to upset the whole law and order cart, after all. So let’s go back a few mayors of San Antonio to see if we can establish a pattern.

Prior to Nirenberg, you had Ivy Taylor, who ran non-partisan, but she is a registered member of the Democratic Party. Before her, Julian Castro, who I seem to recall recently ran as a presidential candidate for Not The Republican Party.

In fact, going back to the 80s, only two San Antonio mayors weren’t Democrats.

Let’s move down the list to Las Vegas. The current mayor, Carolyn Goodman, and the previous mayor, Oscar Goodman, are spouses! Both independents, they have run the city since 1999. So maybe the Washington Post is technically correct here, but again, we’re looking at decades of neglect turning these cities into what they are. Prior to these two, who have been by all accounts out of touch with their communities anyway, every mayor since 1975 has been a Democrat.

Moving on, Jacksonville, Florida, is possibly the Post‘s best case. Of the last five mayors (including the current one), only two were Democrats, and one of those switched parties halfway into a term. However, from the early 1990s to the late 1880s, it’s all Democrats. There might be a case to be made, but Jacksonville is way down the Post’s chart and is routinely outside the usual coverage of violent or dangerous cities.

The last city (meaning there are only four exceptions to Trump’s claim on a list of about 40 cities), and way down on the list of crimes per 1000 people, we have Springfield, Missouri. This one is tough, though. It’s not a “big” city, so the mayors don’t have their own Wikipedia pages or a lot of coverage identifying their affiliations. The position of mayor in Springfield, like San Antonio, is non-partisan. The current mayor, though, was a transition director for a Republican governor. The previous mayor was plagued by accusations of scandal. It’s hard to grasp here where affiliations may lie, as even news stories out of Springfield don’t really indicate much.

Then again, it’s not a “big” city where you see the types of problems Trump was addressing. It’s on the list for statistical reasons, though, so we have to address it.

Going back to the point Bump makes in the body of his article (not the point he makes in his lede or headline), ultimately it’s not the fact that cities are largely filled with Democratic voters. It’s not that big cities lean Democratic. It’s the fact that Democratic administrations have for decades been lax on important issues that keep their cities safe.

It isn’t a coincidence that cities run by Democrats are the most dangerous cities in America. There are real reforms that could and should be addressed in those cities. As Senator Tim Scott pointed out, you don’t need Congress to do it. But these city administrations won’t do it. Going along with the mob to continue making worse decisions won’t help.

And, I realize I’m spending a whole lot of time discussing a story that won’t affect much, but it’s another example of misleading journalism that isn’t affecting change. You may not think affecting change is journalism’s job, but journalists think it is, yet when it comes to actual issues like these, they won’t touch it. They won’t note that there is a correlation between the crime rate of a city and who is running that city. They would much rather ignore that and focus on a disease outbreak in a Republican state despite the fact that people in those states are STILL better off than the people in Democratic ones. 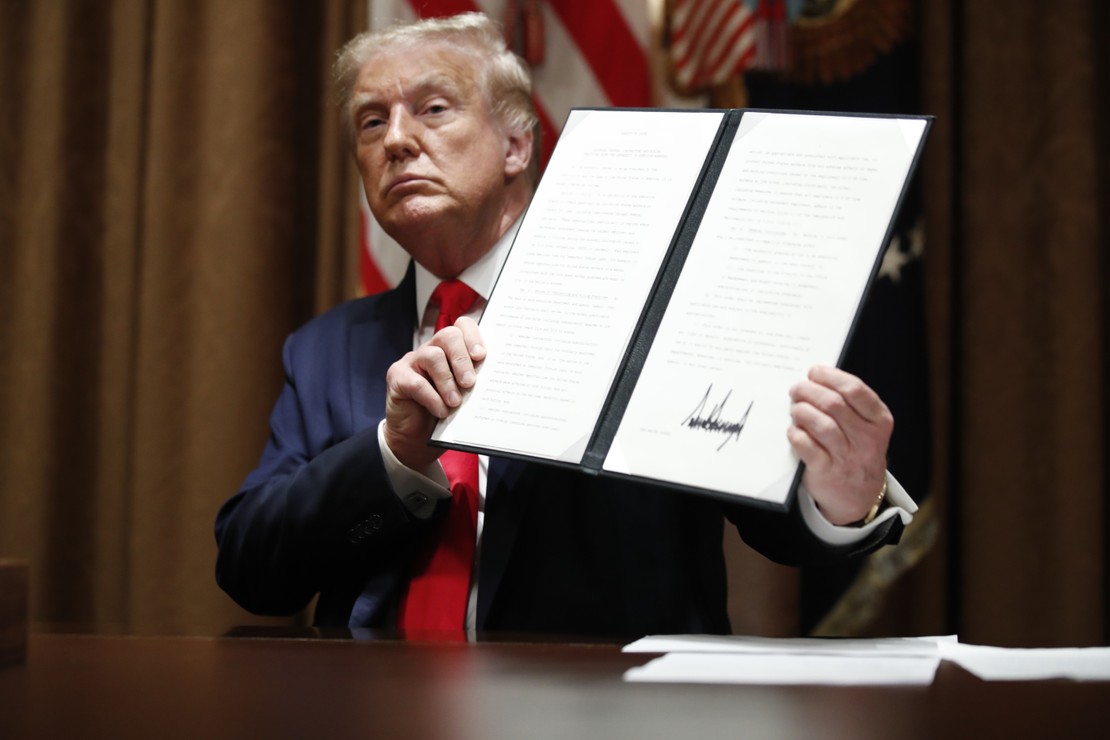 Trump Bans Companies That Use 'Critical Race Theory' From Getting Govt. Contracts