Hillary Clinton Believes the GOP Field is Full of Terrorists

In an era when acts of terrorism are unfortunately becoming common, and evil is easy to distinguish, it takes one steeped in absurdity to assign it elsewhere. But if you need that person, her name is Hillary Clinton. On Thursday, Hillary said the following:

“Extreme views about women, we expect that from some of the terrorist groups,” Clinton said during a campaign speech at Case Western Reserve University in Cleveland. ”We expect that from people who don’t want to live in the modern world. But it’s a little hard to take coming from Republicans who want to be president of the United States. Yet, they espouse out of touch and out-of-date policies. They are dead-wrong for 21st century America. We are going forward. We are not going back.”

Oh, Hill. If this is some desperate cry-for-help tactic from your dismally performing campaign, it…isn’t working. The “views about women” from the Republican field and “out of touch and out-of-date policies” boil down to disagreement with one of the tenets of Liberalism. Thou shalt not question women and their choices. Of course, “choices” is the operative word,  because while it’s a favorite among the Left, it is a gift so rarely ever given to the moneymaking unborn. Their chance at life is snuffed out for convenience and profit. If you’ve been living under a rock and wonder what I mean, there are some videos you should watch. 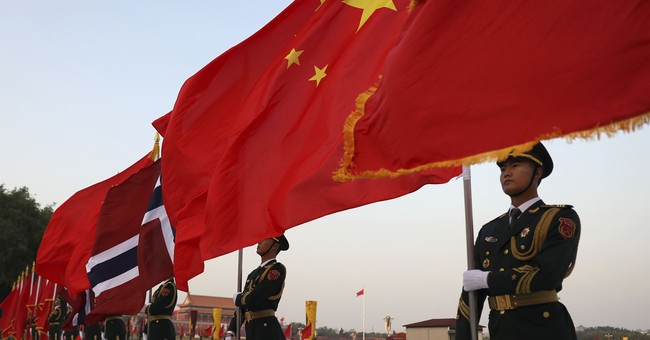 Clinton did not say which terrorist or militant groups she meant as a comparison. Islamic State militants in Iraq and Syria have held women as sex slaves and chattel, while the Taliban in Afghanistan refused to allow girls to attend school.

You see, the voting females in America are not held as sex slaves, and are not barred from attending school. In fact, you can even agree to be an accomplice in an act of legal homicide by approving of aborting your baby. That’s how “good” women have it here in the USA. Almost unrestrained access to destroying an inconvenient life. But oh, Hillary will say your opinion that such a decision is wrong is similar to the ways terrorist think.

Beyond that, Hillary – and many among the Left – are absolutely consumed with the idea that if you believe as Republicans believe regarding women’s issues, you want us to go backwards! Stuck in the 1950s! Not advanced enough! As if there’s something culturally and intellectually groundbreaking about continuing to support abortion? Murder in the womb is not a progressive thought. It does nothing to advance or reshape our thinking. It only ignores, trashes, and deflects. It’s sad that a new thought to many would involve carrying to term an unwanted or unplanned baby, and choosing responsibility over convenience. In fact, we’ve regressed so much from upholding that which should be upheld that each step the Left believes is one forward is really nothing but a retreat. But to keep a campaign which is tanking fast in the headlines, and appearing bold and spicy, one only needs to make the claim that those mean GOPers are terrorists.

If there’s one thing Hillary has awkwardly tried to establish, it’s that she’s just one of the cool, up-to-date kids. She tries desperately to prove that she gets us and our struggles. And she clearly tries to bridge the gap by saying things about “out-of-date” Republicans. If she can prove she’s with it by placing herself with the up-and-coming crowd, she just might convince herself she has a shot at relevance. But she discounts that those of us who support unborn life have no interest in attaching ourselves to the “popular” crowd when such popularity is bloodstained and repulsive.