Abortion Barbie is Back, and Has More Dumb Things to Say

It’s always amusing when a former media figure attempts to stretch their 15 minutes of fame into something substantial, coherent, and influential. A perfect example is Wendy Davis, aka “Abortion Barbie.”

In June 2013, she made headlines for her “brave” 13-hour filibuster in the Texas State Senate. She attempted to keep a strict abortion bill from passing and reaching Governor Rick Perry’s desk. Her filibuster failed, the bill eventually passed, placing a 20 week limit on abortion in the state, along with other excellent restrictions. Unfortunately, three years later in June 2016, the U.S. Supreme Court overturned the Texas law.

Wendy’s moment in the spotlight spurred her to enter the 2014 Texas gubernatorial race against Republican Greg Abbott. He beat her handily. Not only did Davis run an embarrassing campaign, but she took cheap shots at Abbott in things like the now infamous wheelchair ad.

Now she’s back, and attempting to get a bit more of the spotlight. (A quick Google search reveals she is popping up everywhere.) How is she doing this? By talking about the horrible sexist sexism in this “Hillary lost and boys are mean” era. You see, American women really are horribly oppressed.

She spoke with none other than Vox on the subject. They report:

On men being in office, and how it’s not fair:

The vast majority of governors in this country are men, and in large part it’s that vicious cycle where if you don’t see it, and therefore you don’t have modeled for you how successful women are in those roles, you don’t yet trust that women can do it. So it’s just a matter of breaking through that ceiling and demonstrating [that success].

This is one of the reasons I was so devastated [by] Hillary Clinton’s loss. Not only did I believe she would win, but I knew she was going to be an extraordinary president, and she was going to leave that legacy of demonstrating how incredibly not just capable, but talented, women can be in those roles.

On how feminists have been very classy until this year:

The Women’s March was just the most extraordinary thing I’ve ever seen, and it was a display of this kind of pent-up “good girl” behavior that we’ve all been up to for a long time, where we’ve struggled to go along and get along. I think some of us have suffered from the idea that if we navigate our way more subtly through the challenges we face as women, that that will somehow serve our ultimate goal.

When Hillary Clinton lost that election, and not only that she did not succeed — or that we did not succeed in electing her — but the fact that it happened in such a misogynistic climate against a candidate who had exhibited tremendous sexism and misogyny, I think, was like a big cold splash of water in all of our faces that we decided, “No more being nice.”

And, while we did not break that glass ceiling — that ultimate one— we took a big leap forward in moving the gender equality conversation in a powerful way, and I think we’re going to sustain it.

On how American women basically live in a 3rd world country with no rights:

At the base of gender equality, obviously, is that we have to set women up to succeed, and reproductive autonomy is at the core of that, but we also have to make sure that we give women incentive for being a part of the economy. That we have pay equity.

She’s an unintelligent, emotional mess. Reaching for a bit of the spotlight by hanging onto Hillary’s pantsuit coattails is even more sad than Hillary herself, and that’s saying something. 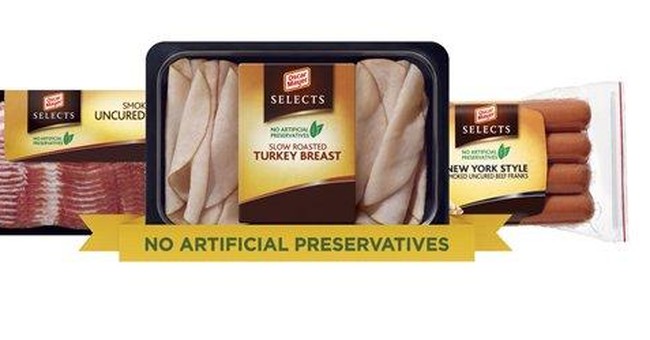 There’s no need to dissect her every useless point. Suffice to say, Wendy, along with countless other pro-abort harpies, believes men in general, men in office, and lack of rights are the things holding women back in the United States. She conveniently forgets to add that her “fame” came about because she was a privileged, elected politician, that a man put her through school, and that females don’t lack any opportunities in the U.S.

Hillary didn’t lose because men are mean or modern-day feminists have been too nice. That excuse may help former state senator and losing gubernatorial candidate Wendy Davis come to terms with the failures of liberal women, but it is not the truth. OPINION: A Few Questions About Whether Italy's COVID-19 Mortality Rate Is Inflated CNN's Max Boot Mocks Trump Voters Sheltering in Homes, Says How Good They Had It Obama, Weeps Hillary Not In Charge 'The View': Trump Called the Coronavirus a Hoax. And Are Fox Viewers Dumber Than a Pack of Lunch Meat?

CNN’s Max Boot Mocks Trump Voters Sheltering in Homes, Says How Good They Had It Obama, Weeps Hillary Not In Charge

After The Virus, We’ll Have Another Symptom Of Pandemic