Due to state budget cuts, a handful of Planned Parenthood clinics throughout the state of Iowa will be closing mid-summer. Don’t expect a sober reaction to this announcement, though.

Breaking: Last Friday, @TerryBranstad defunded Planned Parenthood in Iowa. This is the heartbreaking reality of that reckless action.

@TerryBranstad Anti-choice politicians—who are driven by personal beliefs, not facts—are hurting women by blocking them from family planning & other care.

@TerryBranstad These closings are devastating. Over 14,000 patients who trust PP with their care will no longer have access to their provider of choice. 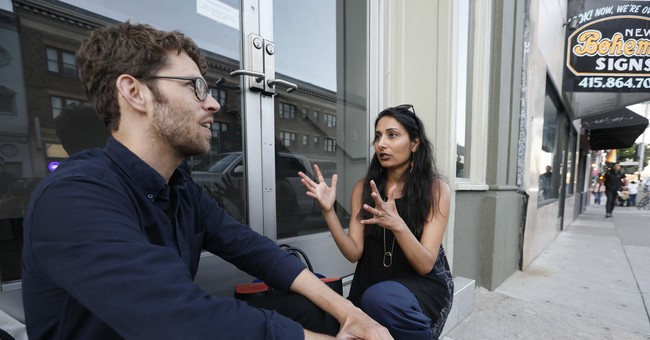 Of course, Planned Parenthood does not mention any of the following.

Planned Parenthood said on Thursday it would shutter four of its 12 clinics in Iowa as a result of a measure backed by Republican Governor Terry Branstad that blocks public money for family planning services to abortion providers.

Health centers in Burlington, Keokuk and Sioux City will close on June 30 and one in Quad Cities soon after as a result of losing $2 million in funds under the new measure, said Susan Allen, a spokeswoman for Planned Parenthood of the Heartland.

“It will be devastating,” Allen said.

The closures marked the latest fallout from a continuing push by Republicans, including President Donald Trump, to yank funding from Planned Parenthood.

Iowa’s Republican-led legislature agreed in its recent budget to discontinue a federal Medicaid family planning program and replace it with a state program that bars funding to organizations that provide abortions or maintain facilities where abortions are carried out. The move cost the state about $3 million.

“The pro-life movement is making tremendous strides in changing the hearts and minds, to return to a culture that once again respects human life,” said Ben Hammes, a spokesman for Branstad, who said there were 2,400 doctors, nurses and clinics around the state for family planning that do not provide abortions.

The most “horrific” part of this is that the abortionists who work for Planned Parenthood will have to look elsewhere for work. Women (and babies) will be well taken care of by the numerous other facilities located in Hawkeye State.

Females do not need Planned Parenthood. Their clinics do not provide mammograms, though this lie is presented as fact and spewed out as a regular talking point. For the most part, their clinics provide absolutely no prenatal care, as made evident by LiveAction’s own investigation. And here I thought that they were concerned with every aspect of planning parenthood? Silly me.

As made clear again by PP’s reaction on Thursday, abortion is their main concern. The four clinics which are scheduled to close are ones that provide abortions. Though two-thirds of their own clinics, and hundreds of other medical facilities, remain, they consider all of this a travesty. It is not.

I hope the cries of concern from the Planned Parenthood Federation of America only get louder as more states follow Iowa’s lead, and cut off their blood supply. Men Should Definitely Have a Say In Abortion

Expect A Run On Guns In Louisiana This Weekend

Italy’s Bergamo is calling back coronavirus survivors. About half say they haven’t fully recovered.