Feminists Go After Author of “Handmaid’s Tale” for Some Common Sense About #MeToo, and Collapse in on Themselves Like a Dying Star

As I’m sure you’ve noticed, modern-day feminists are obsessed with Margaret Atwood’s 1985 dystopian novel “The Handmaid’s Tale.” The book was adapted for television and the second season of the series begins in April.

The show is award-winning and strikes fear into the hearts of the pro-abort Women’s March participants who attempt to equate living in Trump’s America with the sad female characters and their experiences in the Republic of Gilead where men are domineering, pregnancy is a weapon, and gender, a vice.

While America in 2018 certainly has its issues, we are far removed from the nightmarish culture displayed on screen and within the pages of a popular fictional work. Still, modern-day feminism has propped up the story and its author. Often, protestors will dress up in red capes and white bonnets (the same attire in the novel/tv show) to emulate a shared existence of oppression and slavery.

Women use Handmaid's Tale style clothing in protest of Mike Pence! A very powerful message for those that are familiar. #TheResistance pic.twitter.com/1deNxayND3

These displays are staggeringly idiotic and have almost become routine. Those of us who don’t subscribe to this madness are annoyingly amused by them.

Surprisingly enough, the very woman who these young, panicked feminists idolize, author Margaret Atwood, was thrown to the wolves recently by many of her fans. Why? She spoke out for due process, common sense, and personal responsiblity in this very #MeToo culture.

Her Sunday op-ed Am I a bad feminist? was met with viciousness from the very minds who laud her. What did she say that was so appalling?

My fundamental position is that women are human beings, with the full range of saintly and demonic behaviours this entails, including criminal ones. They’re not angels, incapable of wrongdoing. If they were, we wouldn’t need a legal system.

Nor do I believe that women are children, incapable of agency or of making moral decisions. If they were, we’re back to the 19th century, and women should not own property, have credit cards, have access to higher education, control their own reproduction or vote.

How dare she speak so logically.

She went on to reference her support of due process relating to accusations of sexual assault against a professor in British Columbia.

In November of 2016, I signed – as a matter of principle, as I have signed many petitions – an Open Letter called UBC Accountable, which calls for holding the University of British Columbia accountable for its failed process in its treatment of one of its former employees, Steven Galloway, the former chair of the department of creative writing, as well as its treatment of those who became ancillary complainants in the case…The public – including me – was left with the impression that this man was a violent serial rapist, and everyone was free to attack him publicly, since under the agreement he had signed, he couldn’t say anything to defend himself. A barrage of invective followed.

A fair-minded person would now withhold judgment as to guilt until the report and the evidence are available for us to see. We are grownups: We can make up our own minds, one way or the other. The signatories of the UBC Accountable letter have always taken this position. My critics have not, because they have already made up their minds.

…they are just feeding into the very old narrative that holds women to be incapable of fairness or of considered judgment, and they are giving the opponents of women yet another reason to deny them positions of decision-making in the world.

While I don’t agree with everything that Atwood espouses, her conclusions in the op-ed are spot-on. There is a danger in telling women that they are incapable creatures who lack bodily autonomy and require constant help and protection while simultaneously insisting upon their independence and inherent strength. It’s awfully confusing. Additionally, you can’t demand that women be treated one way and allow for men to be treated another way entirely. That’s not equality.

This common sense? Some could not handle.

“Just here to say I would rather eat my own computer and then my own face than read something by Margaret Atwood with the title ‘Am I a Bad Feminist?’ ” tweeted one. “I cannot bring myself to read that Margaret Atwood shitpiece,” went another. And those were the more polite ones. Several tweets accused her of being an old, cisgender white woman. In this intersectional age, that alone is proof of guilt.

As one tweeter wrote: “If @MargaretAtwood would like to stop warring amongst women, she should stop declaring war against younger, less powerful women and start listening.”

I’m so disappointed in Margaret Atwood, but mostly I’m fed up with older women not having younger women’s backs.

Margaret Atwood's latest op-ed is a very, very clear reminder that old cis white women are not to be trusted. They care more about poor widdle accused men than they do about actual fucking rape victims. They spend as much time advocating for rapists as they do attacking victims.

Wish Margaret Atwood would get back to writing dystopian fiction about a misogynist world instead of, y'know, ACTIVELY CREATING IT.

It’s like a verbal cape and bonnet wearing session! Truly, the rate at which modern-day feminism eats its own is hilariously alarming.

Ms. Atwood is not wrong about females and their ability to think and act for themselves. However, stating such truth is a cardinal sin when you’re seen as a goddess among mere p***y-hat wearing mortals who tune in each week to have their fears confirmed by an hour-long television drama.

The most recent celebrity sex scandal involving Aziz Ansari and his indecisive date, “Grace”, is a good example of just how far the #MeToo movement has gone. (Sarah Rumpf has a superb write-up here.) When females are not required to be responsible for their own sexual expression, the entirety of an experience is on a man alone. And if that’s the case, it’s not if something goes wrong, it’s when. Now women are the sole judge of whether something is good or bad? That is a very, very dangerous place to be. And yet, here we are.

That Margaret Atwood was skewered for requesting responsibility from her disciples is another mark against a feminist movement that has been off-base for decades.

First wave feminism brought us the vote, and I would have happily marched with the suffragettes for the cause. Second wave feminism brought us the Equal Pay Act of 1963, though current feminists act as if this does not exist. Beyond the initial workplace victories came the sexual revolution (not a good thing) and abortion. Third wave feminism is nothing but pure poison. It is gender confusion (see: transgender feminism), inequality (see: savage hatred against men), abortion on demand – as health care, and inability to recognize a woman’s own role in her actions.

But the train that left the station long ago isn’t coming back.

Modern-day feminism eats away at the very foundation of society with its sexism. However, I’m afraid the beast will continue to grow since it’s a crime to speak against any of its lies. If one dares to question the Church of Feminism, one is castigated for patriarchy-fueled hatred and stagnant beliefs.

Margaret Atwood’s fall from grace for doing just that is the very proof. 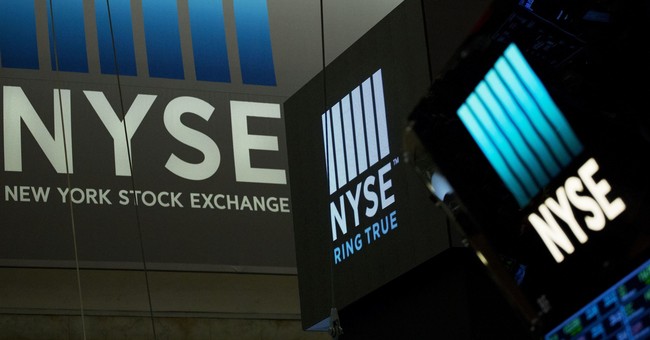