The End of the World Is Scheduled for September 4th

At long last, the day of doom has been calendared.

No longer must we wait around for the beginning of our collective demise. Things shall be put into motion that can’t be undone. Instead of guessing at our fate, we are now certain when it will commence.

In others words, Judge Brett Kavanaugh’s Senate confirmation hearings have been scheduled.

As we have extensively covered here at RedState, the Left is losing it when it comes to the possibility (almost a certainty) of seating Kavanaugh on the highest court in the land. Yale students and alumni have actually insisted that “People will die if he is confirmed!” The pro-abort handmaids have railed on about how his confirmation will mean birth control and other “reproductive rights” may be stripped or at least come under severe attack.

All the writhing about is mostly due to the Left’s love of abortion. Another Right-leaning justice on the court means that sometime in the future, there may be a reconsideration of Roe/PP v Casey. The “right” to take the life of your unborn child is at the center of their political universe. Judge Kavanaugh is a threat to them.

And as you can see, they’re taking today’s news very well.

It appears Judge Brett Kavanaugh is guilty of perjury, having made false statements in his Senate testimony. That should obviously disqualify him. Any Senator blocking the release of documents what would confirm this accusation would also be guilty of obstruction of justice, no?

BREAKING: Even though much of his record remains hidden from the public, the @senjudiciary is pressing ahead to try and confirm Judge Brett Kavanaugh to the SCOTUS seat vacated by Justice Kennedy. #SaveSCOTUS #WhatAreTheyHiding https://t.co/6axscVnoIB

This is such a sham. This nomination process is illegitimate and so will be any Supreme Court with Brett Kavanaugh on it.https://t.co/o4yGsKgv0Z

Call your senator NOW and demand that they commit to voting no on Kavanaugh—and oppose any hearing without a full release of K's papers from his days as W's WH Staff Secretary. 202-224-3121. https://t.co/B7vRRj2tDH

All senators should want to know whether the Supreme Court nominee was honest under oath to Congress before voting on him.

Brett Kavanaugh's records from the Bush White House would answer that question.

Republicans and the Trump White House are hiding them. #ReleaseTheRecords

And of course, words from Senator Kamala Harris.

Republicans just announced that they are scheduling a hearing for Supreme Court nominee Brett Kavanaugh starting on September 4. This is outrageous. No one will be able to look at his full record before the hearing – not me, not you, not anyone. It won’t have been made public.

Right. Senator Harris and others like her will give him a fair chance if only they are able to review every bit of information from his past. Something tells me that she has zero interest in voting to confirm no matter what is provided. And what has been provided is record-breaking in and of itself.

Here are the facts about Kavanaugh’s documentation:

Judge Kavanaugh has been on the DC Circuit Court of Appeals for 12 years. He has issued 307 opinions and joined hundreds more. He has a comprehensive record of jurisprudence that has been in the public domain for years.

Documents submitted to the Senate Judiciary Committee pertaining to Judge Kavanaugh’s time serving in the White House Counsel’s and Independent Counsel’s offices are the largest number of executive branch records ever submitted to the Committee for a Supreme Court nominee.

And still, the outrage will grow. Be prepared for the furor to reach unprecedented levels once September 4th hits. Just imagine how explosive those hearings will be as members of that body must determine whether to confirm President Trump’s second nominee to the Supreme Court.

You can’t say I didn’t warn you. 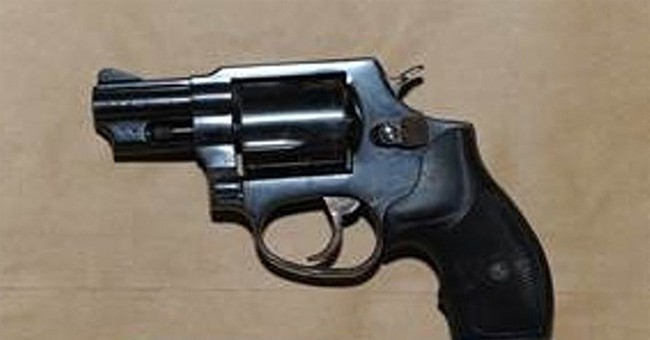